US servicemember killed, 4 others wounded in attack in Somalia 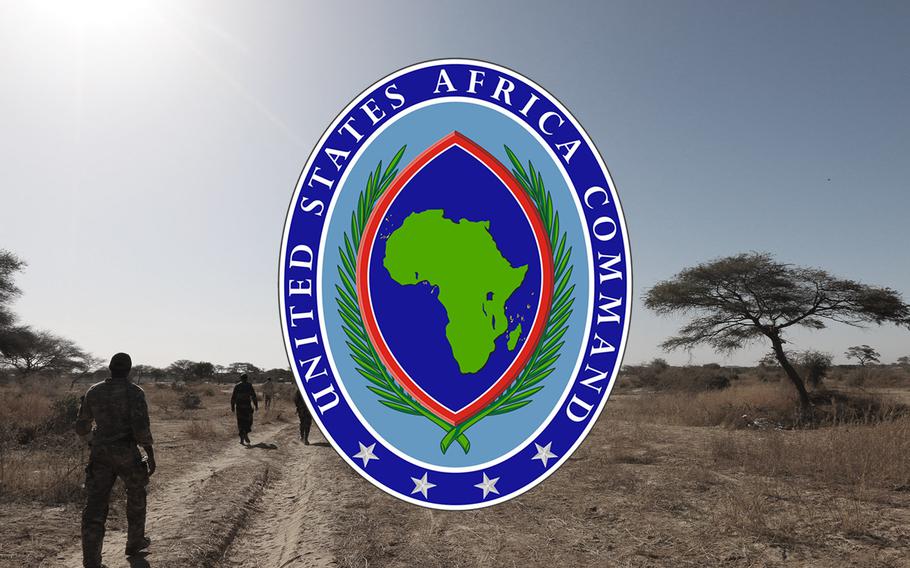 STUTTGART, Germany — A U.S. special operations soldier was killed and four other servicemembers were injured Friday in Somalia when their patrol was attacked by fighters aligned with the terrorist group al-Shabab, U.S. Africa Command said.

The U.S. forces were on a patrol with Somali and Kenyan troops when they were attacked with mortars and small arms in southern Somalia, AFRICOM said.

A large force of about 800 troops from the Somalian and Kenyan defense forces took part in the operation, which was a multi-day mission some 400 miles southwest of Mogadishu, the capital of Somalia.

“The mission’s objectives were to clear al-Shabab from contested areas, liberate villages from al-Shabab control, and establish a permanent combat outpost designed to increase the span of Federal Government of Somalia security and governance,” AFRICOM said.

The military did not say how many U.S. personnel were part of the operation.

“The U.S. provided advice, assistance and aerial surveillance during the mission,” AFRICOM said.

During the past year, U.S. troops in Africa have been exposed to increased risks. In October, four soldiers were killed in an ambush in Niger that raised questions about the military’s strategy on the Continent.

In May 2017, a Navy SEAL also was killed in Somalia, marking the first combat casualty in the country since the infamous 1993 Black Hawk Down incident.

Military officials have acknowledged that none of the terrorist groups in Africa pose a direct threat to the United States, but they could become one over time. However, critics of the military’s strategy have argued U.S. forces should exercise more caution in Africa where U.S. interests are limited.

AFRICOM is withholding the name of the servicemember killed in action, pending notification of next of kin. Three other servicemembers were evacuated for treatment. A fourth servicemember suffered injuries minor enough to receive sufficient medical care in the field, AFRICOM said. One partner soldier also was injured in the fighting.

For several years, U.S. special operations troops have been on the front lines in Somalia, advising local troops in a long running campaign against the al-Qaida aligned al-Shabab group.

The United States has intensified efforts in Somalia during the past two years, picking up the pace of drone strikes. Military leaders have acknowledged that troops in the country are at increased risk as the United States attempts to bolster the capabilities of local forces intended to lead the fight against militants.

The stepped up U.S. campaign in Somalia comes as an international African Union force prepares to withdraw from its military mission in the country. With the AU poised to downsize its force, there is now an international push to prepare Somalia’s inexperienced military to lead the battle against militants.

AFRICOM said the mission that resulted in the death of a U.S. commando was designed to increase the local government’s ability to provide government services “to innocent civilians living under al-Shabab’s rule.”

“The population in the region had historically supported the government, and the Somali forces had prepared for this mission by coordinating heavily with and securing the support of local authorities ahead of time,” AFRICOM said.