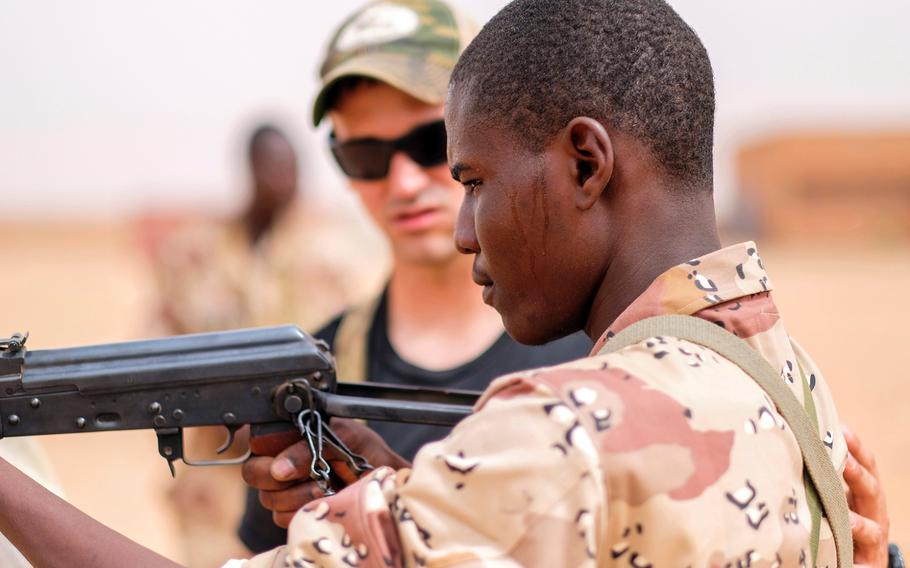 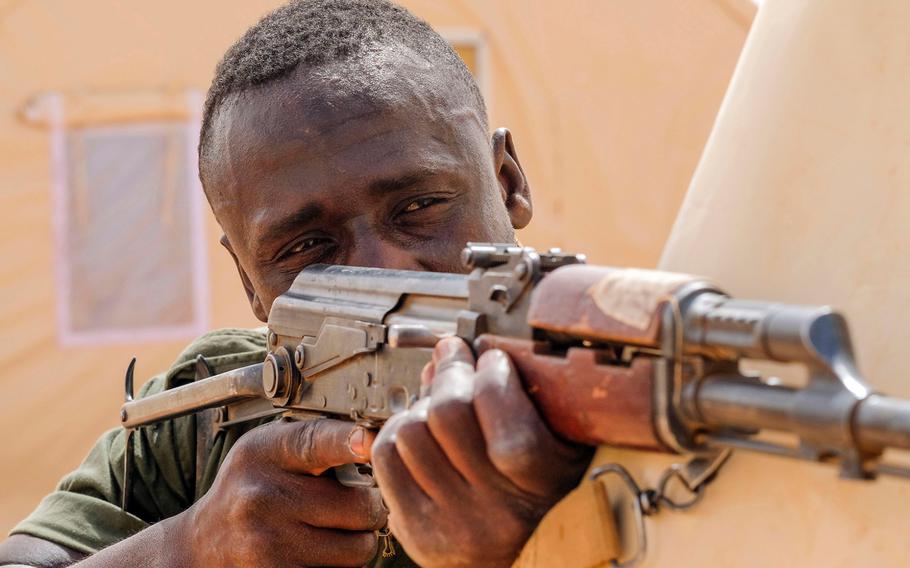 AGADEZ, Niger — The Nigerien troops, 250 miles from their higher headquarters in Agadez, were reluctant at first to call their commanders with information about the unfolding battle simulation.

During Flintlock 2018, the largest U.S. special operations exercise in Africa, a contingent of Green Berets aimed to eliminate that hesitancy.

“I think they realized they can give feedback back up to the headquarters to provide senior level commanders tactical guidance and vision of the battle. This exercise definitely facilitated that conversation,” said Capt. Neal, a detachment commander with the 3rd Special Forces Group who is identified by his first name only for security reasons.

Since 2005, U.S. special operations forces have been conducting the Flintlock exercise in western Africa. Yet this is the first year when the effort has focused on developing higher level command and control capabilities of the militaries in the region, where local forces are involved in a battle against militant groups that commanders say has gained momentum in recent years.

The transition from training centered on small unit combat skills to advising higher level teams coincides with shifts in how missions involving U.S. troops in Niger will be conducted.

In the wake of the October ambush in the Nigerien village of Tongo Tongo, the risk U.S. forces face in isolated parts of Africa was brought into focus. Four U.S. soldiers were killed in the attack while on a joint patrol with local forces.

“The threat has been increasing since last fall and Tongo Tongo was simply an indicator of that, and we have adjusted our activities accordingly,” said Special Operations Command Africa commander Maj. Gen. Marcus Hicks, who was in Niger to observe the Flintlock exercise. “We mitigate risk as we always do.”

Green Berets still conduct patrols with Nigerien forces; however, decisions on when to join Nigerien patrols are given more scrutiny now, Hicks said.

“I would certainly not say we have scaled back. If anything, we’ve probably increased focus on our personal investment and intellectual activity to better understand the threat,” Hicks said.

Even ahead of the October ambush, there was growing recognition inside SOCAFRICA that more attention must be paid to ensuring local forces can conduct counterterror missions independently, a military official said.

That meant developing more command and control capabilities. At Flintlock, a joint multinational headquarters was set up in Agadez to manage missions in Niger, Burkina Faso and Senegal, where some 1,900 troops were war gaming in remote camps. The headquarters and ground forces coordinated air and ground operations and examined intelligence.

The larger aim is to help soldiers assigned to the new G-5 Sahel, a regional alliance, to be better prepared to fight groups that include al-Qaida and Islamic State affiliates.

“Any time a country can solve its own security issues or threats, that’s what you want and that’s what we are trying to help with,” Neal said.

“If we are going to come forward, we might as well tie it to something that is happening,” said Moses. “At the end of this, everyone can go back and say they’ve learned more about our partners in Africa.”

However, Green Berets say they will continue to roll in the dirt with their local partners, doing the kind of combat tactical work that has been a training mainstay.