More US troops arriving in West Africa for Ebola fight 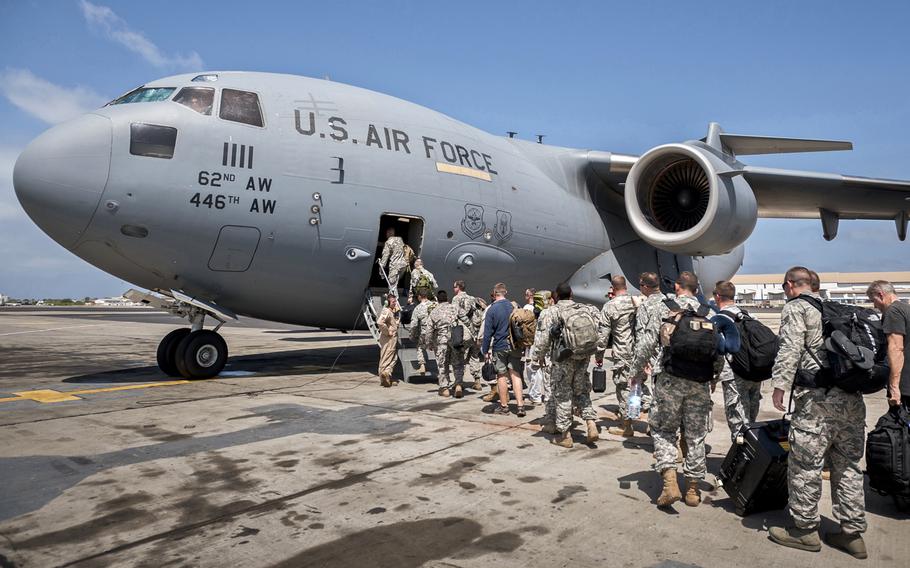 WASHINGTON — More U.S. troops are arriving in West Africa to help fight an Ebola outbreak that has claimed more than 4,500 lives, but the rainy season is causing a delay, the Pentagon announced Monday.

Slightly more than 500 servicemembers are now in Liberia to build treatment centers and provide logistical support. Another 115 are in Dakar, Senegal, at an “air bridge” transportation hub to support the mission, Pentagon spokesman Col. Steve Warren told reporters.

About 80 more troops will arrive by Wednesday, he said, and thousands of soldiers are scheduled to deploy to the country in the coming weeks. Officials say military personnel will not be assigned to patient treatment, and have repeatedly said there is little risk of infection.

But because of heavy rains, completion of a 25-bed field hospital that officials earlier said would be ready to open in mid-October has been delayed until Nov. 5, Warren said.

The first of 17 planned military-built Ebola treatment units is expected to open in Liberia later this month. Two more should open in early November, Warren said.

Health officials say separating sick people from those not yet infected is key to controlling the disease. To help determine who needs to be isolated, Defense Department mobile testing labs operating in Liberia have diagnosed blood samples from more than 1,300 patients, he said.

The Pentagon is also preparing for the possibility of domestic Ebola emergencies, announcing the formation of a 30-person team that could operate inside the United States to provide military support to civilian authorities.

“We do the same thing when there are forest fires, and obviously there are firemen who are capable of fighting forest fires,” Warren said. “Same situation here – this is planning, this is creating a team who if requested … can support a specific location.”

The team would deploy at the direction of Secretary of Defense Chuck Hagel, but Warren said the criteria for dispatching the team and command and control could vary based on circumstances.

“This is defense support to civil authorities, so depending on the situation, [the chain of command] would be worked out,” he said.