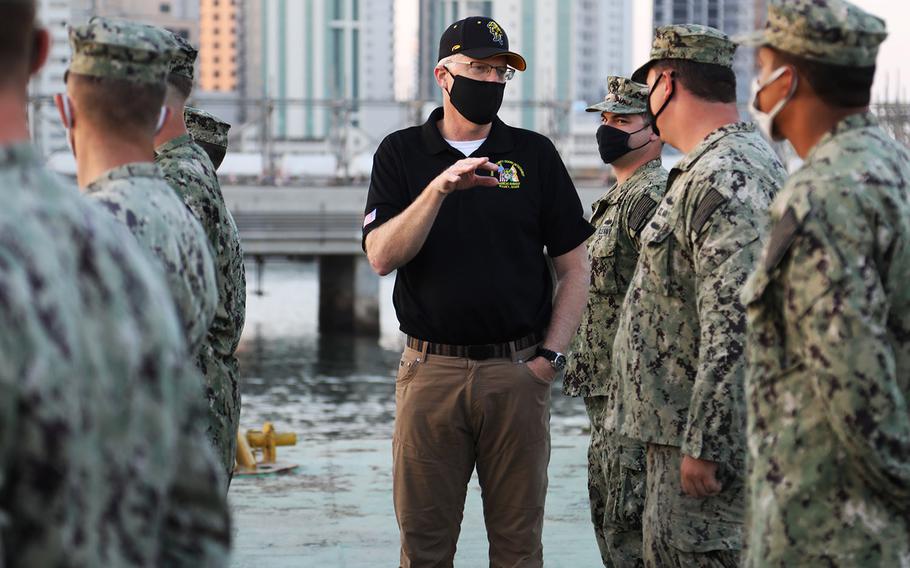 CAMP LEMONNIER, Djibouti — Acting Defense Secretary Christopher Miller traveled to Somalia on Friday to meet with American forces stationed there as President Donald Trump considers removing U.S. troops from the country, according to a defense official.

Miller arrived in Djibouti on Thursday as part of his Thanksgiving holiday tour to meet with troops. During that stop, he took a flight to Somalia to extend his holiday message of appreciation and support to the U.S. servicemembers working in Mogadishu, according to Lt. Col. Anton Semelroth, a Pentagon spokesman.

Information about which base or the specific troops Miller met with was not disclosed. Reporters did not travel with Miller to Somalia in what a defense official said was possibly the first visit to the country by a defense secretary.

Miller’s visit comes as Trump’s administration considers reducing U.S. troops in the country, according to news reports. But experts are worried that a withdrawal of U.S. troops now would leave the Somalian forces vulnerable to be overrun by terrorist fighters, The Associated Press reported Thursday.

About 700 American troops in Somalia are conducting counterterrorism operations and train, advise, assist support to Somalian forces. Al-Shabab, a terrorist group linked to al-Qaida, is active in the country capable of conducting attacks such us rigging vehicles as bombs. There is also a smaller force of ISIS-Somalia, but it does not have the capability of al-Shabab. The United States has conducted air strikes in the country to kill al-Shabab members.

A Defense Department inspector general report released Wednesday states U.S. Africa Command has seen “a definitive shift” in recent months of the group’s focus to attack U.S. interests in the region. AFRICOM also believes al-Shabab is the most “dangerous, capable, and imminent threat” on the continent, according to the report. The group also has the intent to attack America, but does not have the ability now to do so, the report states. In the last year, al-Shabab has been behind three attacks that have killed or injured U.S. personnel: September 2019 at Baledogle Airfield in Somalia; Manda Bay in Kenya in January, and an attack in September in southern Somalia, according to the report.

The Somalian security forces, from the army to the police, are closing in on a deadline next year to take over full control of the country’s security, however the inspector general report states they still rely on international support and al-Shabab is still too much for the forces to handle on their own.Kenney.Caitlin@stripes.com Twitter: @caitlinmkenney