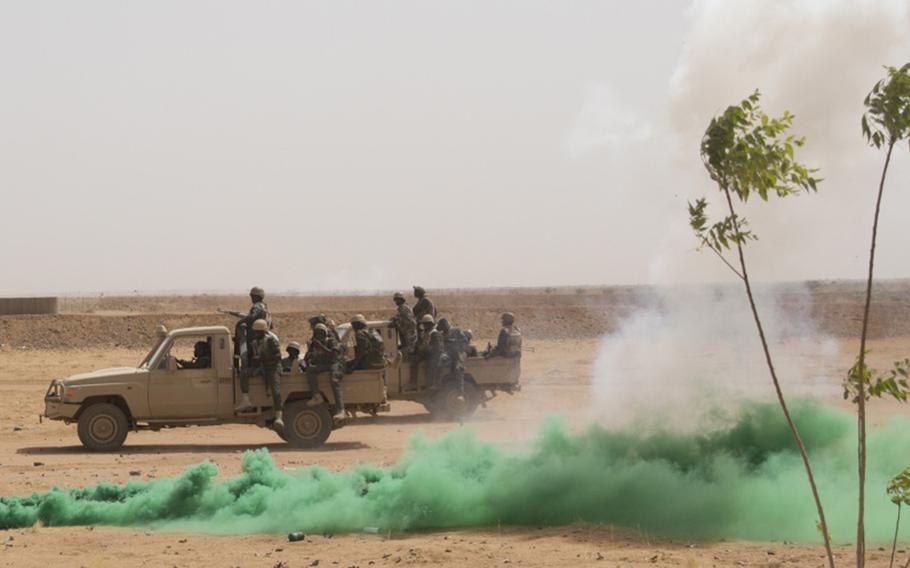 STUTTGART, Germany — Islamic State militants in West Africa are gaining the upper hand, carving out a “proto-state” in northern Nigeria where government forces have been overwhelmed by attacks, U.S. military officials and security analysts say.

ISIS-West Africa, which broke away from the militant group Boko Haram three years ago, continues to launch high profile attacks that have placed the Nigerian military “under tremendous strain,” according to Stuttgart-based U.S. Africa Command.

Now, the group appears to be building on its battlefield gains in northeast Nigeria and the borderlands in the Lake Chad region, from where they have launched cross-border attacks in places like Niger.

“Additionally, the group is also attempting to replace state institutions for the population under its control,” said Samantha Reho, an AFRICOM spokeswoman, in an updated assessment of the terrorist group.

A concern is that the group’s affiliation with the Islamic State has the potential to provide access to “funds, fighters, weapons, or other assistance from other components of the self-described Islamic State,” Reho said.

AFRICOM’s latest threat assessment echoes the findings in a new report by the International Crisis Group, which said ISIS-West Africa has succeeded in distinguishing itself from other militant groups and the Nigerian government itself when it comes to gaining the trust of local populations.

“It digs wells, polices cattle rustling, provides a modicum of health care and sometimes disciplines its own personnel whom it judges to have unacceptably abused civilians,” said the ICG report released last week.

The militants also impose taxes, which are generally accepted by communities under the group’s control, the report found. The focus on providing services has given a boost to recruitment and popular support that has resulted in a “jihadist proto-state,” it said.

ISIS-West Africa is estimated to have between 3,500-5,000 fighters. Since last August, they have overrun dozens of Nigerian army bases and killed hundreds of soldiers.

AFRICOM, in its 2019 posture statement, acknowledged that Nigeria has faced “multiple setbacks” as it battles ISIS-West Africa, which “has seized military bases and materiel, including armored vehicles, weapons, and ammunition.”

With the Nigerian military under increased pressure, members of a multinational task force composed of regional militaries need “to increase their commitments, resources, troop deployments,” to counter the extremist group’s momentum, AFRICOM said.

For its part, the command says it continues to provide training to regional militaries involved in the fight against militants. The U.S. military also plans to open a new drone base in neighboring Niger later this summer, from where it will be positioned to conduct more intelligence gathering missions.

Still, ISIS-West Africa’s continued rise comes as the U.S. has reduced the number of special operations troops in the region, where four U.S. soldiers were killed during an ambush in Niger in 2017. The U.S. has cut about 300 counterterrorism troops, mainly in western Africa, in connection with a strategy shift that calls for more focus on great-power competition, AFRCIOM’s Gen. Thomas Waldhauser said last month.

However, some analysts say the effort to counter the militant group’s expansion will require more than just military power. Governments in the Lake Chad area need to find a way to deal with food and water shortages and access to health care if they are to compete with Islamic State’s local appeal, the ICG report said.

“The deeper it (ISIS-West Africa) sinks its roots into the neglected communities of northeastern Nigeria, the more difficult it may be to dislodge,” the report said.