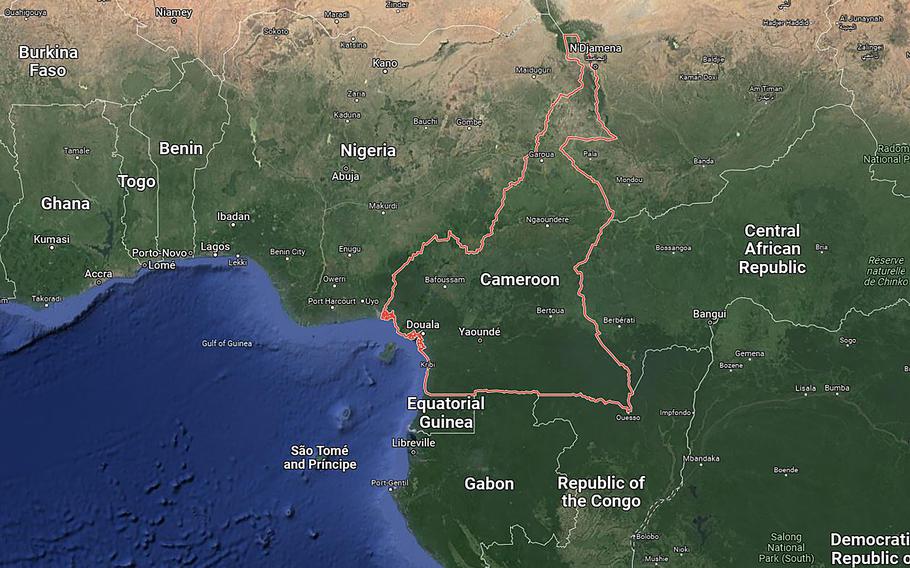 YAOUNDE, Cameroon — A prominent Cameroon lawyer and opposition member of the senate was shot dead in the city of Bamenda in the country’s restive North West region, a member of his political party said.

“The fighters shot him in the chest at close range,” he said, adding that Kemende was then rushed to a hospital, where he was declared dead.

Lawmakers and politicians condemned the killing, also blaming separatists who are fighting to create an independent English-speaking state in the majority French-speaking nation.

Violence erupted in 2017 in Cameroon’s English-speaking North West and South West regions when teachers and lawyers protested alleged discrimination at the hands of the French-speaking majority. The military reacted with a crackdown and separatist groups took up weapons, claiming that they were protecting civilians.

Kemende, who was elected a senator for the Social Democratic Front in 2018, has always blamed the government for not doing enough to solve the crisis.

“We shall miss the courageous, patriotic and hardworking Cameroonian who spent his last four years advocating for the crisis in the English speaking western regions to be solved,” said a statement from Denis Nkemlemo, spokesperson of the SDF party.

Richard Tamfu, a human rights lawyer and member of Cameroon Bar Council described Kemende as an inspirational figure in Cameroon.

“We call on the government to immediately open investigations for his killers to be brought to book,” Tamfu said.

Cameroon’s military said two other people were also killed by separatists on Tuesday night, and three other civilians, including two women abducted and taken to an unknown destination.

Separatists have not claimed responsibility for the abductions and killing, but fighters have always threatened people they accuse of collaborating with Cameroon’s central government in Yaounde, asking them to resign.