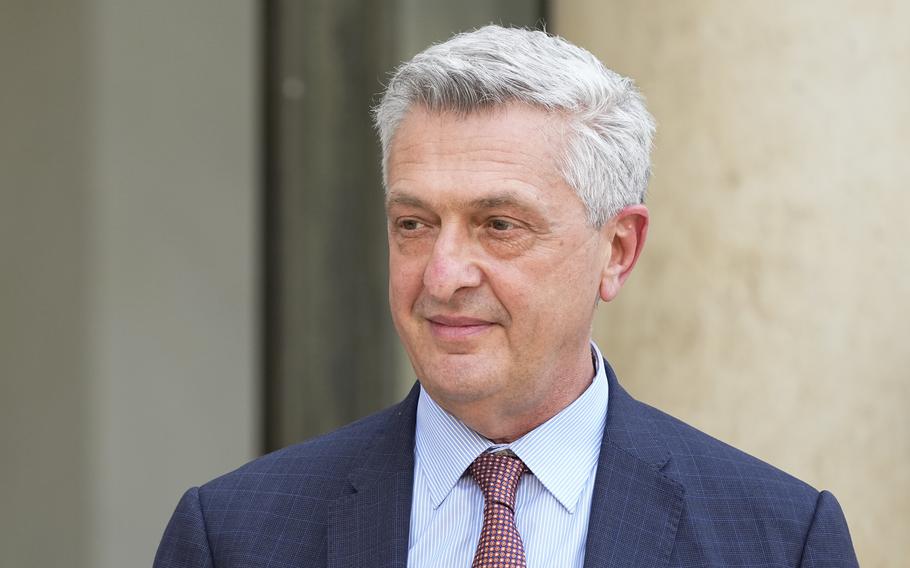 Filippo Grandi, U.N. High Commissioner for Refugees arrives for meetings in Paris on July 1, 2021. In a statement released Wednesday, Jan. 6, 2022, Brandi called on all sides in the ongoing conflict in Ethiopia to respect the rights of all civilians, after an airstrike hit a refugee camp, killing three Eritrean refugees. (Michel Euler/AP)

A statement the agency issued overnight did not say who carried out the airstrike that hit the Mai Aini camp on Wednesday. Ethiopia’s military has conducted several deadly airstrikes in Tigray in recent months, while Tigray ground forces earlier in the conflict attacked some Eritreans in refugee camps.

The statement by United Nations High Commissioner for Refugees Filippo Grandi said four other refugees were injured in the strike. “Thankfully, their lives are not at risk,” he said.

Thousands of refugees fled the camps early in the war amid attacks by both Tigray forces and soldiers from nearby Eritrea. Many facilities were destroyed.

Grandi called on all sides to respect the rights of all civilians.

Ethiopia’s war shifted in late December, when the Tigray forces fighting Ethiopia’s government withdrew back into the Tigray region after approaching the capital, Addis Ababa, A drone-supported military offensive pushed them back.

An estimated tens of thousands of people have been killed in the war that erupted in November 2020, and millions more have been displaced. Ethiopia’s government has sought to restrict reporting on the war and detained some journalists, including a video freelancer accredited to The Associated Press, Amir Aman Kiyaro.