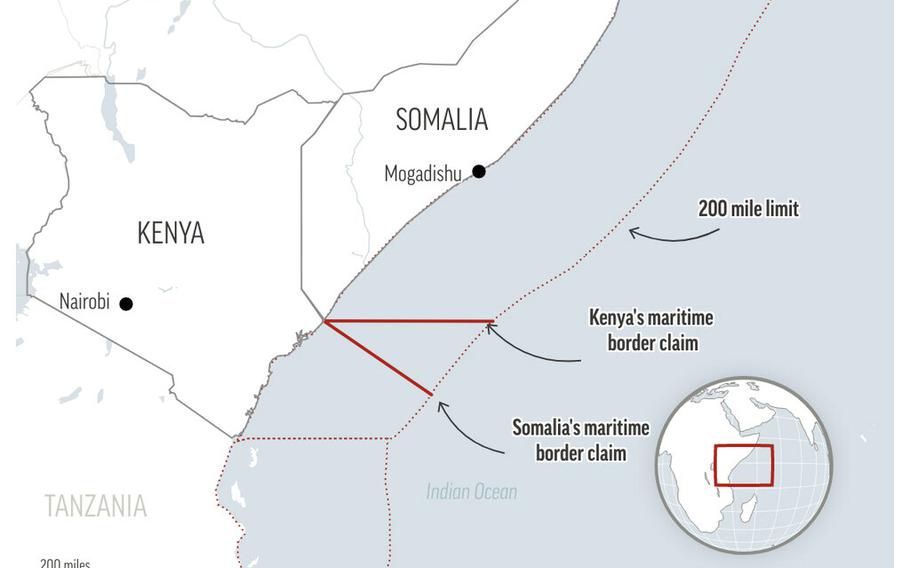 NAIROBI, Kenya — The International Court of Justice has sided with Somalia in its dispute with neighboring Kenya over a maritime boundary in a case affecting a territory potentially rich in oil and gas.

The ruling on Tuesday by the United Nations’ highest court is legally binding, though the court has no enforcement powers. The court rejected Kenya’s claim of the maritime boundary it sought, saying Kenya had not consistently maintained it. The court instead leaned closer to Somalia’s claim of a straight line into the Indian Ocean from their border.

But the court rejected Somalia’s pursuit of reparations after the country alleged that some of Kenya’s maritime activities had violated its sovereignty.

Kenya last week said it would not recognize the court’s judgment, alleging that the judicial process had “obvious and inherent bias.” Its statement acknowledged that the judgment would have “profound security, political, social and economic ramifications in the region and beyond,” while urging Kenyans to remain calm.

Somalia filed the ICJ case over the countries’ maritime boundary in 2014, contributing to their strained relations.

The court based at The Hague noted that it “cannot ignore the context of the civil war” that destabilized Somalia for years and limited its government functions. It also found “no compelling evidence that Somalia has acquiesced” to Kenya’s claim of a maritime boundary along a parallel line of latitude.