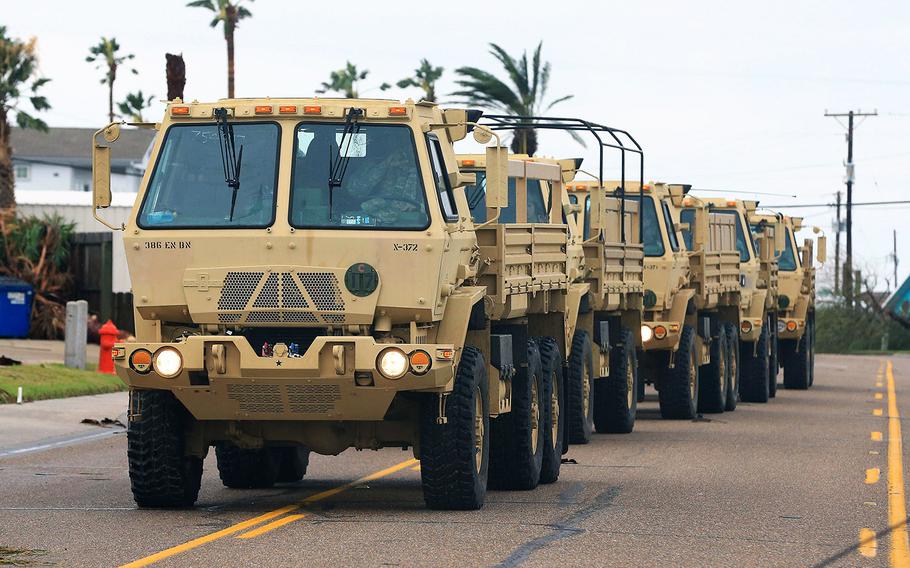 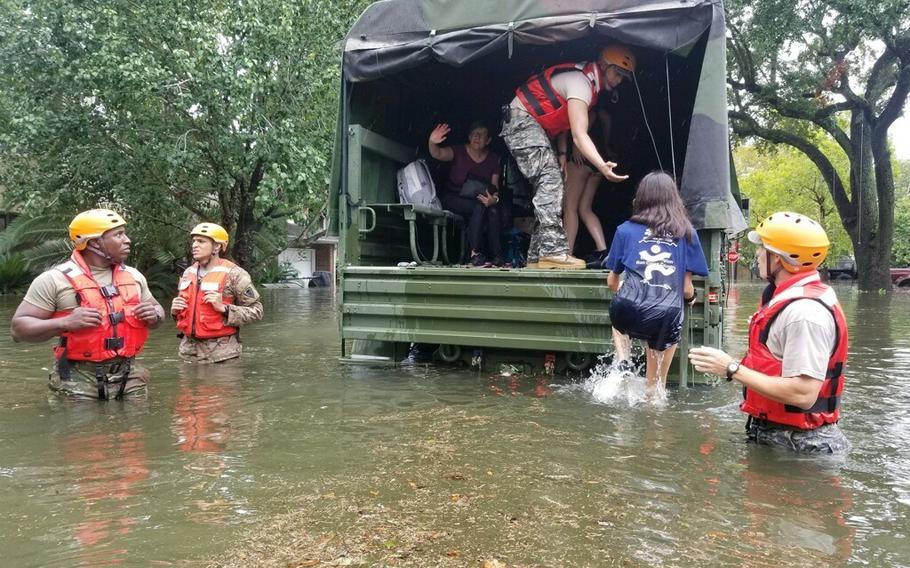 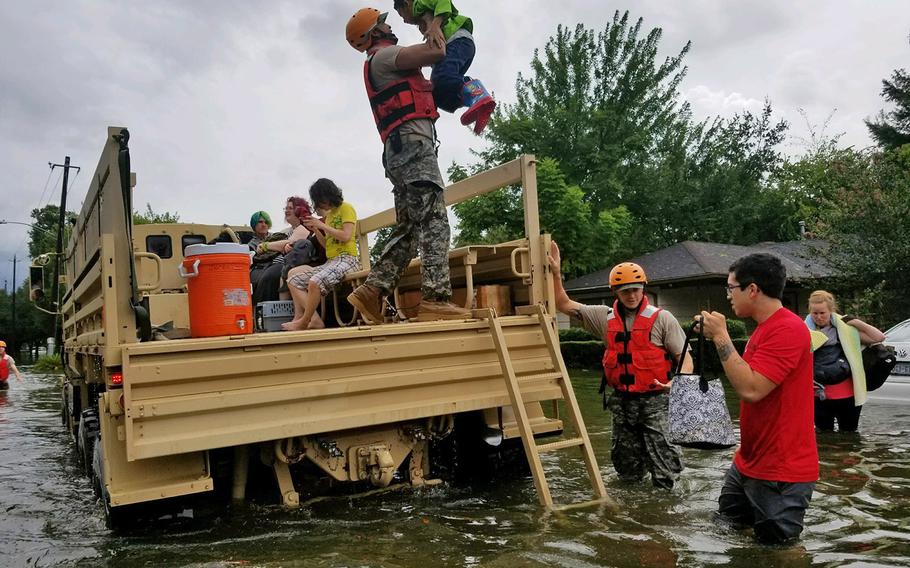 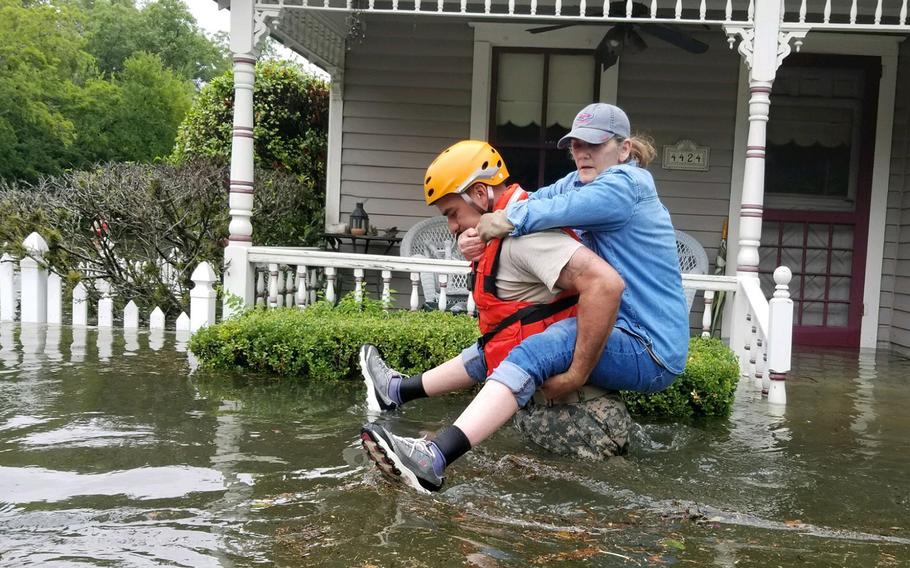 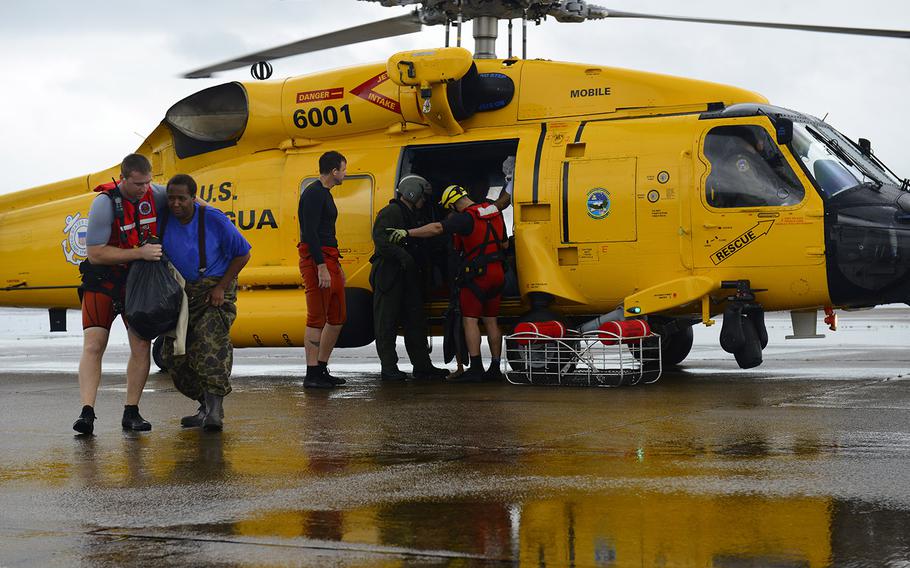 The move quadruples the 3,000 Texas Guard personnel already working to help residents in the aftermath of Hurricane Harvey, as the subsequent tropical storm continues to drop water over Houston and the region.

“The Texas National Guard is working closely with FEMA (Federal Emergency Management Agency) and federal troops to respond urgently to the growing needs of Texans who have fallen victim to Hurricane Harvey, and the activation of the entire Guard will assist in the efforts already under way,” Abbott said in a statement.

As of Monday morning, rescue teams from the Texas National Guard, the Coast Guard and other state-controlled agencies have responded to more than 3,000 cases and rescued about 1,500 people – 300 by air and 1,200 in rescue boats, said Petty Officer 1st Class Seth Johnson, the Coast Guard spokesman in Houston.

Nine flood-response punt teams, operating 21 flat-bottomed rescue boats, are deployed in the Houston area and eight teams are on the way with more boats, he said.

National Guard aircraft from other states are being sent upon request from Texas. Those include a C-130 transport aircraft, three HH-60 Pave Hawks and two C-17s from the New York Air National Guard; and six helicopters from Utah, Nebraska and North Carolina National Guard.

On Sunday, Abbott worked with Defense Secretary Jim Mattis to establish a Texas National Guard dual status command, allowing a single commander over federal and state forces to oversee the response to the devastation.

Texas has not yet requested that active duty forces be mobilized to assist, but the move suggests that is a possibility, said Air Force Capt. Chase McFarland, a spokesman for U.S. Northern Command.

McFarland said NORTHCOM has prepositioned forces in the region to be ready should the request come.

“In a case like this, we try to look at prepositioning certain forces we expect or think the state will ask for,” McFarland said. “That way … we are already there and ready to go.”

The Defense Department provided Randolph-Seguin auxiliary airfield to be used as a forward staging area to support distribution of supplies and equipment, and the Defense Logistics Agency is providing 11 generators, 50,000 gallons of gasoline and 50,000 gallons of diesel, Manning said.

Most of the response has been for civilians threatened by the floodwaters. The hurricane, while damaging homes and ripping out trees and power lines, did far less damage. Naval bases along the Texas coastline suffered minimal damage, a spokesman said.

Naval Air Station Kingsville came out almost unscathed and is “fully mission capable,” said spokesman Bill Dougherty, while NAS Corpus Christi, right along the coast, suffered “a bit of roof damage and a bit of water intrusion,” but nothing serious.

Kingsville personnel are being asked to return to base as soon as it is safe.

Stars and Stripes reporter Corey Dickstein contributed to this story