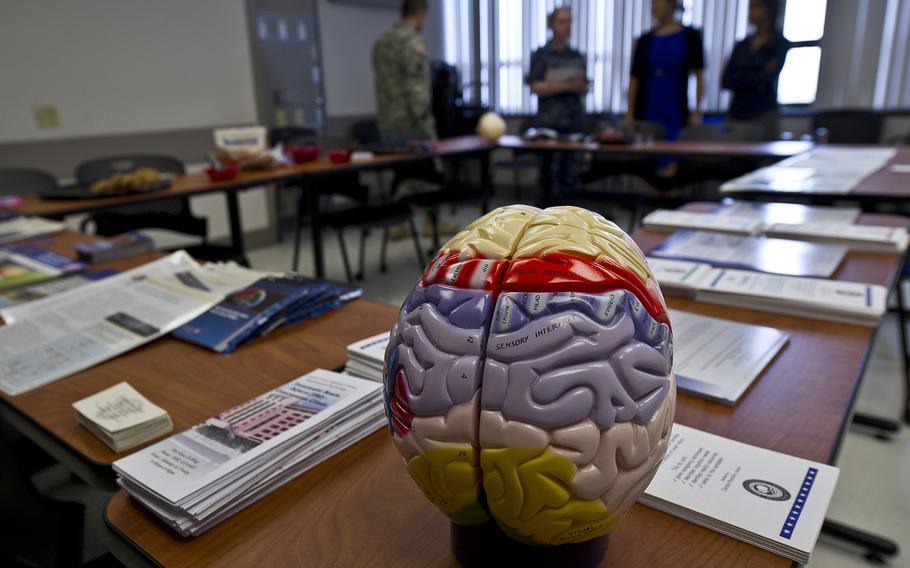 In some cases, a servicemembers’ chance of acquiring PTSD was doubled by serious head or brain injuries suffered while deployed, the study in the Journal of the American Medical Association Psychiatry found.

The findings add to a growing body of research on the long-term psychological and physical consequences of wars in Iraq and Afghanistan where improvised explosive devices have often been the enemy’s weapon of choice, and head trauma — as well as psychological struggles afterdeployment — has proliferated. Past studies have shown the symptoms of TBI and PTSD overlap, and the research by the VA-funded Marine Resiliency Study made public this week adds evidence of a causal connection.

“Results suggest that deployment-related TBI may be an important risk factor for PTSD, particularly for individuals with symptoms related to a prior traumatic event,” the study found.

A team of medical professionals interviewed more than 1,600 active-duty Marines and sailors from infantry battalions in the First Marine Division in southern California before and after a seven-month stint in Iraq or Afghanistan between July 2008 and May 2012.

The subjects were evaluated about a month before deployment, one week after returning and then again at three and six months following the downrange service.

“Deployment-related TBIs nearly double the likelihood of post-deployment PTSD for participants who reported minimal to no symptoms before deployment,” according to the study.

The violence that often leads to head injuries during wartime can be more emotional and that might explain why TBI is linked with the stress disorder, which typically crops up in those who have gone through deep trauma, researchers found.

Since 2000, more than 287,000 U.S. servicemembers have been diagnosed with TBI, according to Defense Department figures.

The injuries have recently been linked to a number of serious health concerns, including an increased risk of suicide and the disruption of hormones that regulate weight and sex drive.