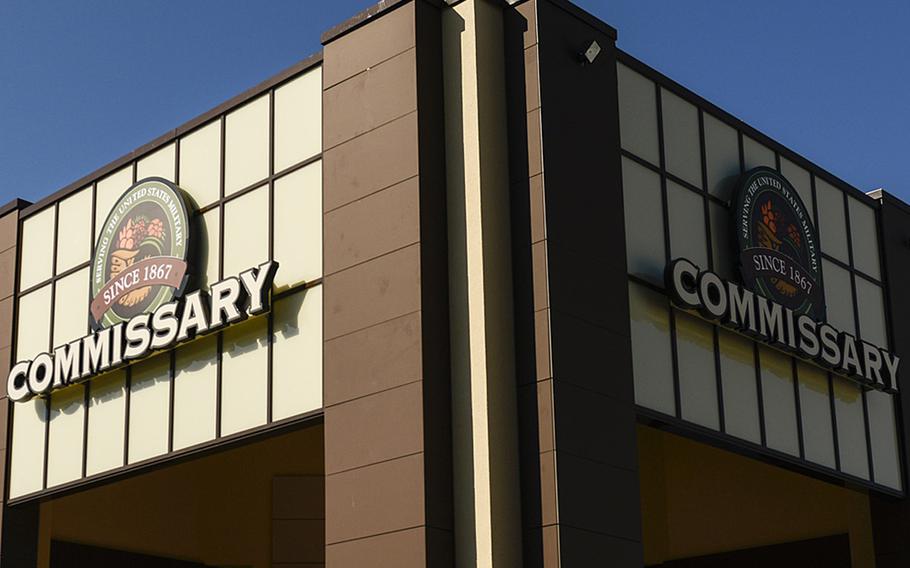 The entrance to the commissary at Ramstein Air Base, Germany. A RAND study says raising prices in military commissaries to offset decreases in tax-payer support could cause a drop in commissary revenues. (Joshua L. DeMotts/Stars and Stripes)

The entrance to the commissary at Ramstein Air Base, Germany. A RAND study says raising prices in military commissaries to offset decreases in tax-payer support could cause a drop in commissary revenues. (Joshua L. DeMotts/Stars and Stripes) 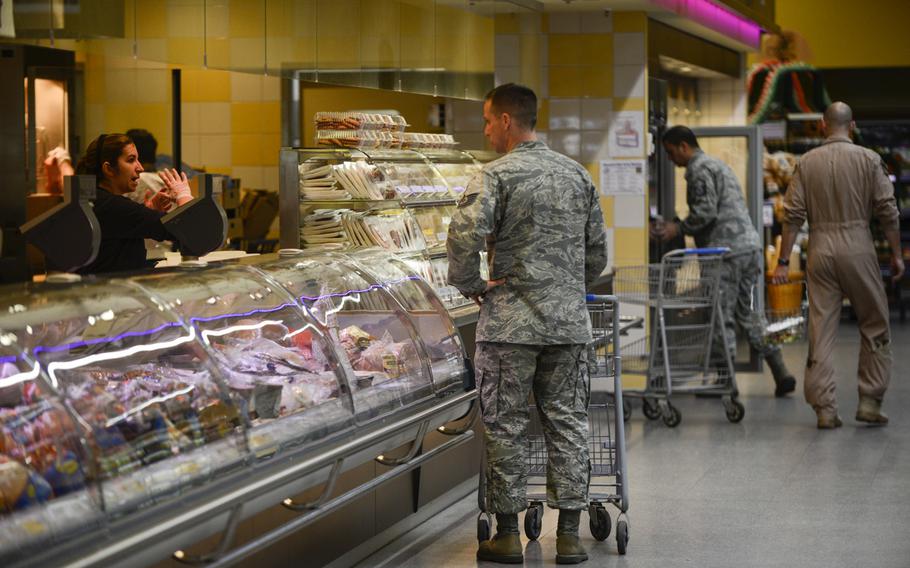 Customers shop at the commissary on Ramstein Air Base, Germany. A RAND study says raising prices in military commissaries to offset decreases in tax-payer dollars could be a bad idea. (Joshua L. DeMotts/Stars and Stripes)

KAISERSLAUTERN, Germany — Raising prices at commissaries to compensate for a possible decrease in taxpayer funding could backfire, causing customers to shop elsewhere, according to a new RAND report.

The study, published Friday, says the Defense Department could expect to lose customers, depending on how much prices are raised and the convenience and affordability of shopping substitutes. If that happens, potential increases to store revenue from higher prices could be more than offset by a decrease in the number of purchases, RAND researchers concluded.

The study was based on a review of studies done in the United States on how consumers choose where to shop and how they respond to changes in grocery product prices.

The study’s conclusions might not hold true for commissaries in remote stateside locations or overseas: “The evidence supports the conclusion that other than the isolated and overseas commissary stores, demand for commissary goods and services is likely to be relatively responsive to change in prices,” the study says.

The RAND Corporation, a nonprofit think tank, was tapped in 2014 to do the study by the Office of the Under Secretary of Defense for Personnel and Readiness.

As the Pentagon eyed steep funding cuts to the Defense Commissary Agency, it asked RAND to review how price hikes have affected civilian grocery retailers and how those results might affect DECA sales and revenues.

RAND researchers, in their analysis of the private-sector trends, found that “when there are available substitutes, the increase in revenue due to an increase in price levels will be offset more than proportionally by the negative effect of a decrease in” quantities purchased.

“As such, raising overall price levels will not be a successful strategy to cover shortfalls in costs caused by the elimination of the annual DOD appropriation,” the study found.

The Pentagon’s fiscal 2016 budget proposal includes an approximately 25 percent cut in the commissary budget, according to RAND. In addition, the Defense Department has proposed cost savings such as reduced operating hours and a smaller payroll. Officials have said that in 2017 they will seek to sell groceries at a profit and to expand the types of goods that can be bought and sold.

DECA, which gets $1.4 billion in congressionally appropriated funds each year, beats the prices of supermarkets by selling goods at cost from the supplier plus a 5 percent surcharge. The surcharge is used for capital development and maintenance fees.

According to DECA’s most recent figures, as quoted by RAND, the average customer savings rate across the whole system was 30.5 percent for fiscal 2013. DOD policy has required that the savings rate be maintained at 30 percent or higher, RAND says.