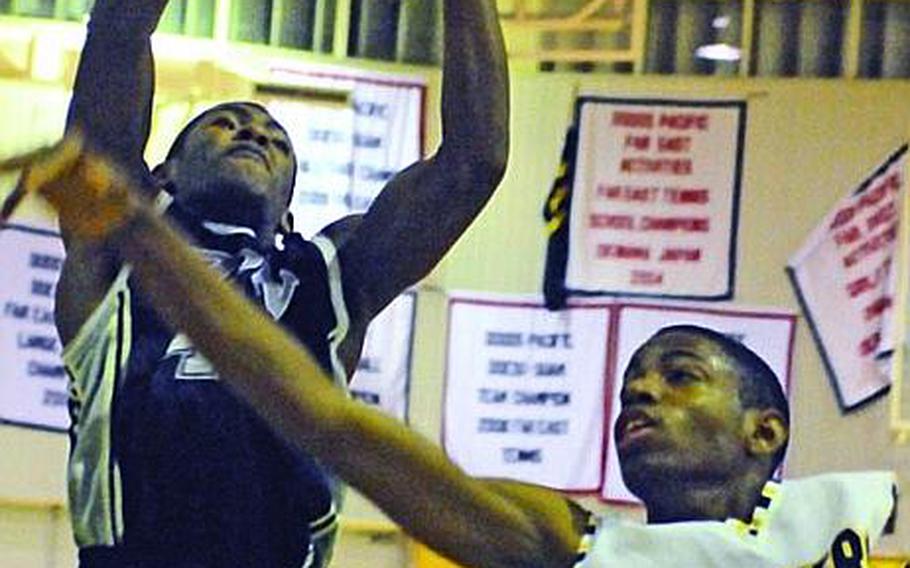 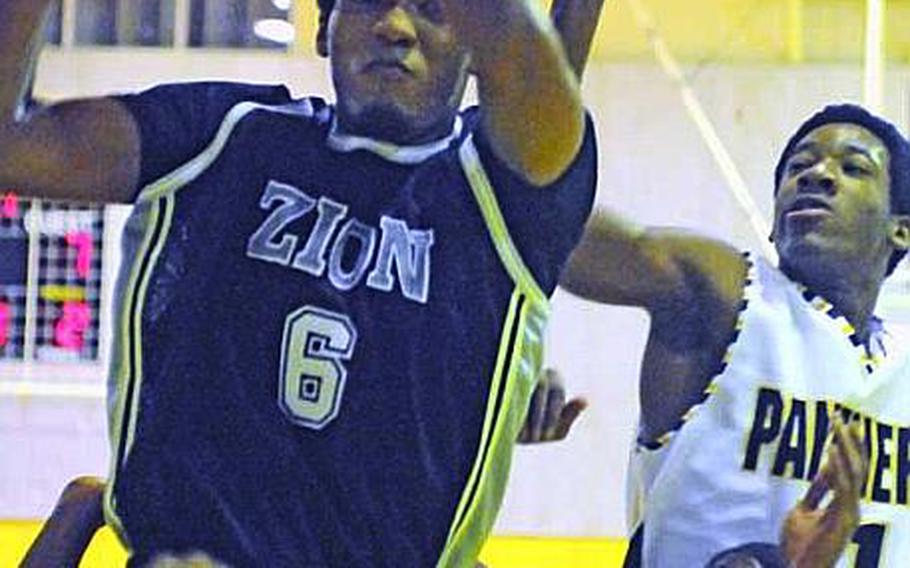 Bohanon scored 30 points and the Lions roared out to a 17-point lead before holding off a late surge and stunning Kadena 66-62 at the Panther Pit.

The victory, in just the Lions&rsquo; second varsity game in the Division II school&rsquo;s 14-year history, came at the expense of the nine-time Far East Division I Tournament champions, and a week after 10-time D-I champion Kubasaki escaped with a 91-88 home win over Zion.

Kadena didn&rsquo;t go quietly, slicing the lead to 65-62 with 8.9 seconds left on Derrick Taylor&rsquo;s free throw, but it was as close as the Panthers would get.

&ldquo;They work together as a team,&rdquo; Panthers senior forward Josh Dyer said, pointing particularly at Bohanon, a gangly 5-foot-11 guard-forward. &ldquo;He&rsquo;s pretty good. We had a hard time defending him because of his height.&rdquo;

Bohanon and teammates Craig Hollins, Mashu Wakita and Akira Shavers had been known for their feats on the cross-country courses and track and field, Hollins as a thrower, the other two as distance runners. Because until this year, the Lions only played junior varsity basketball.

Last summer, &ldquo;we saw we have some good players whom we knew could play at that level,&rdquo; Wilson said. So the school applied for full varsity status to the Okinawa Activities Council, which approved the application.

A school with an enrollment of just over 100 ninth through 12th grade, many of them DOD ID card holders, Zion has petitioned DODDS Pacific&rsquo;s athletics coordinator Don Hobbs for acceptance to the Far East D-II Tournament Feb. 20-24 at Zama American.

The 39-30 loss at Seoul Foreign was &ldquo;a wake up for me as a coach,&rdquo; Jesse Smith said. &ldquo;We&rsquo;re going back to basics and rebuilding from the basics up.&rdquo;

While Perkins dominated the paint for the Falcons, Kymmond Mitchell did his work from behind the three-point line for Daegu, netting 11 threes, breaking the 17-year-old school single-game record of eight held by Chuckii McDew. The Warriors beat Osan American 66-52.