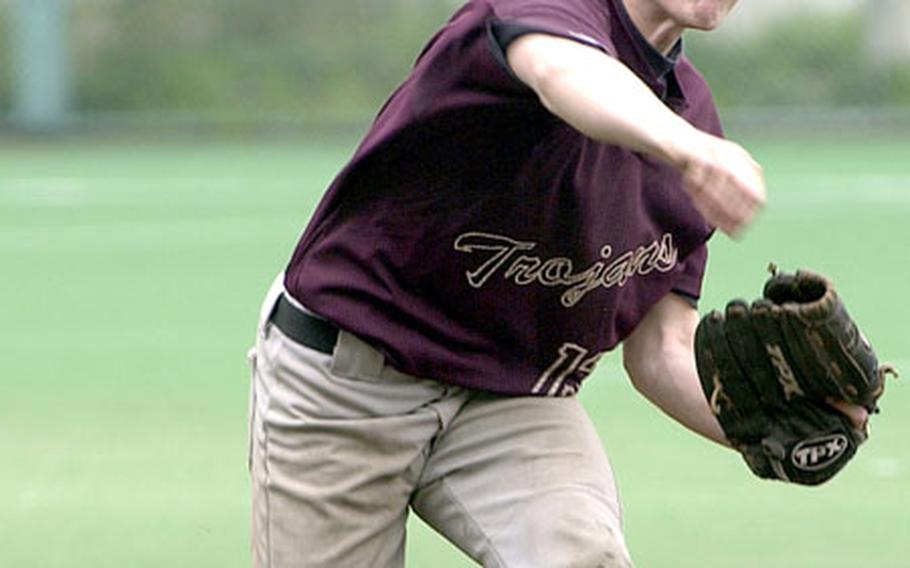 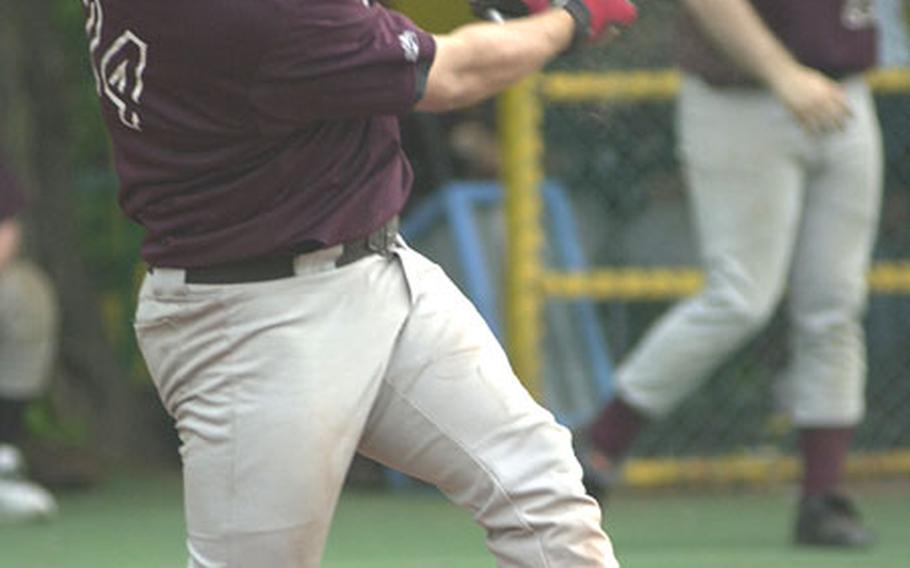 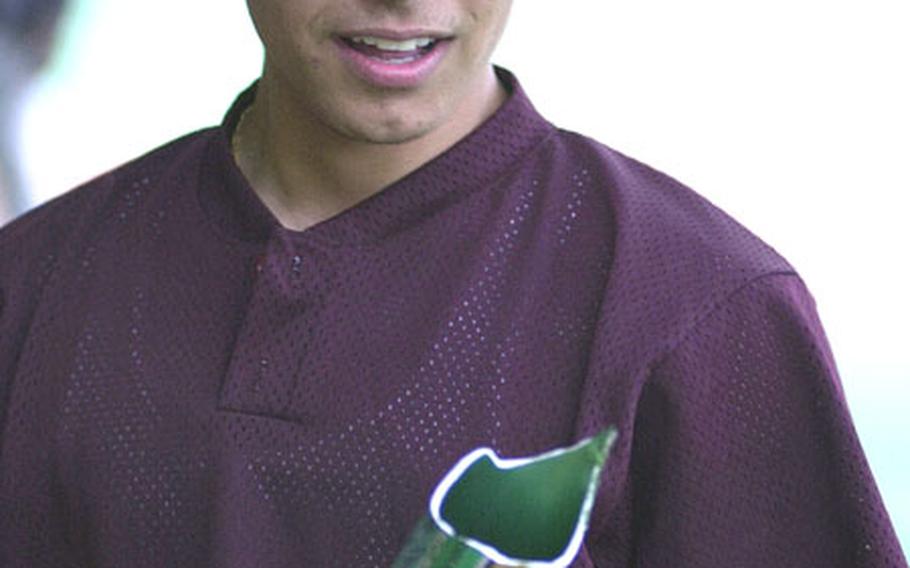 TOKYO &#8212; In the scorebook, it went down as a flyout to center field in the fourth inning. But what a way to make an out.

With a sound like iron striking an old bell, the bat cracked into three pieces. The fat upper part landed at second base, a middle shard fell by the pitcher&#8217;s mound . . . and Salas stood, holding and gazing at the handle, but not running.

As the ball was caught in the outfield, the Trojans&#8217; dugout went wild. Even Salas smiled.

Only Zama catcher Brian Miller couldn&#8217;t laugh at the moment. It was his bat.

In the pitching rotation, Walters has become the staff&#8217;s ace with an 8-1 record and a 4.42 ERA. Four other starters have at least two victories.

Another advantage Zama has enjoyed this season is player continuity, which is always a problem for Department of Defense Dependents Schools because of transfers and PCS moves.

Walters, Bosack and his twin brother, Matt, are four-year Trojans. Casimire, Sakraida and Salas have played for three seasons.

With only a regular-season doubleheader against Yokohama International and the May 16-17 Kanto Plain invitational tournament at Camp Zama left, the Trojans have run the table against DODDS teams.

And now they&#8217;re on the cusp of their most successful season ever.

But will they wind up with the Kanto tournament title?