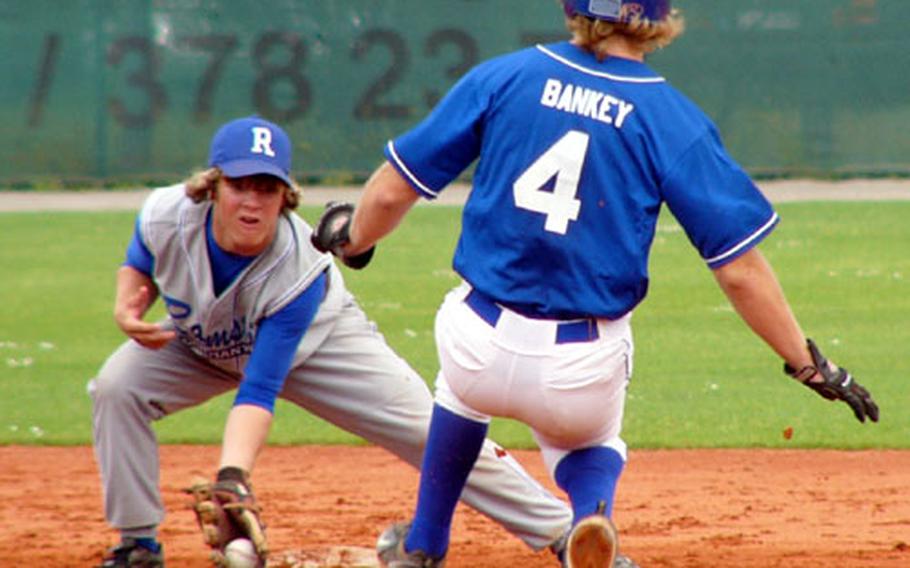 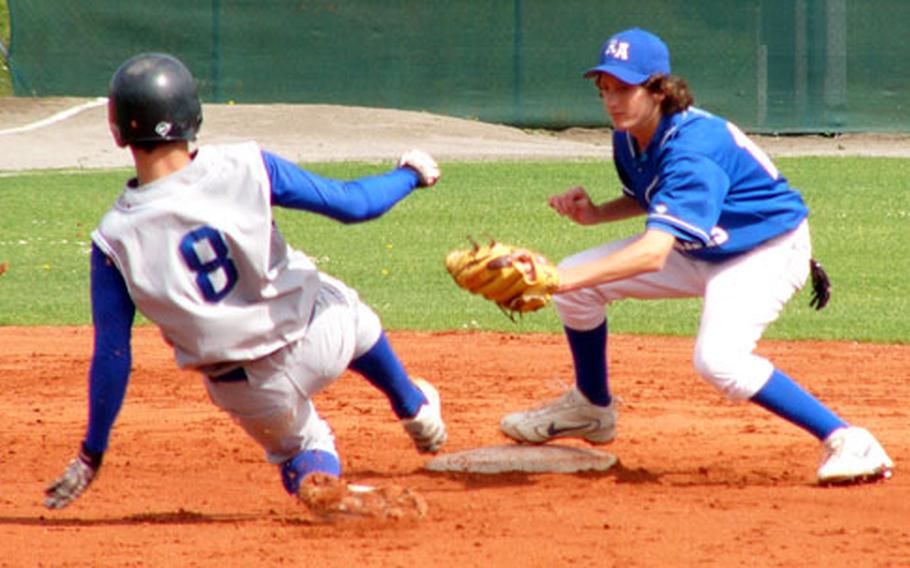 REGENSBURG, Germany &#8212; The least experienced squad in the nine-team high school baseball championship tournament ended up having the best experience of all.

The Rota Admirals, making their first appearance in the event and sporting a roster that included five eighth-graders, blanked the Ramstein 2 Rhinos 4-0 in Sunday&#8217;s championship game.

&#8220;My fastball was working pretty well, and my defense played well behind me,&#8221; sophomore right-hander Nicholas Delgado said after tossing a three-hit, five-strikeout shutout at the Rhinos, one of two teams from Ramstein in the field. &#8220;I got a lot of ground balls.&#8221;

Rota grabbed all the runs Delgado would need in the bottom of the first. Consecutive singles by Roman, Lamb and Delgado loaded the bases. After Ramstein starter Tyler Tucker fanned Andrew Bankey, Apling laid down a suicide squeeze bunt close enough to the plate that Roman was tagged out.

However, John Ingersoll, batting sixth, followed with a bloop single that drove in two runs, and a third scored on an error on the play.

Rota added an unearned run in the third on a hit batter, two wild pitches and an error, but the only other hit off Ramstein starter Tyler Tucker was a harmless bunt single by Cameron Henry, another junior high player, in the fourth. Tucker struck out five and walked just one.

Even at 4-0, the game was the closest anyone came to the Admirals during the three-day tournament sponsored by the Installation Management Command-Europe&#8217;s Youth Services program.