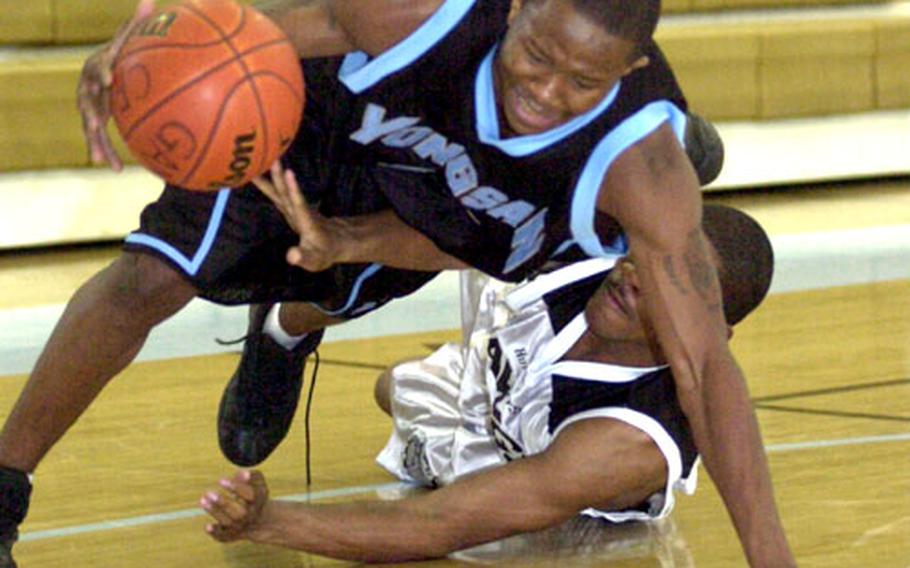 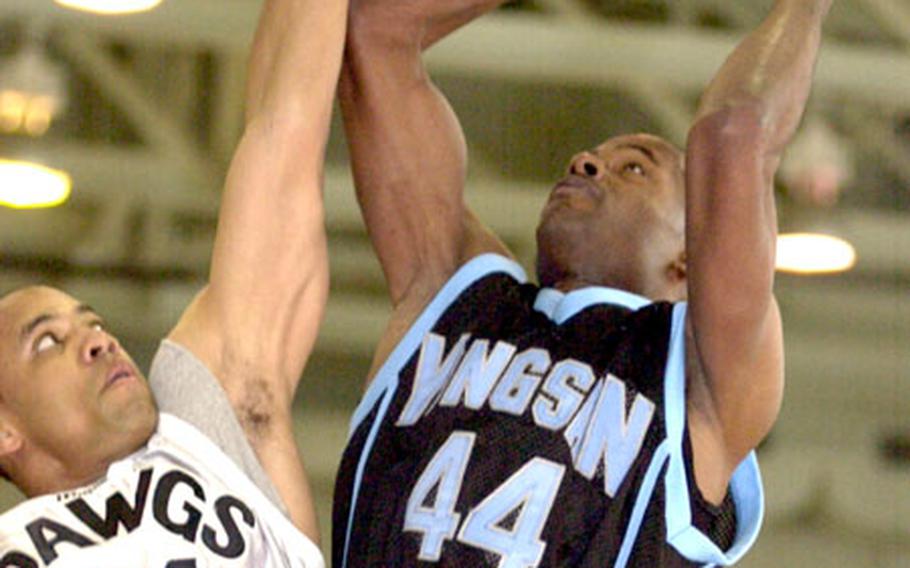 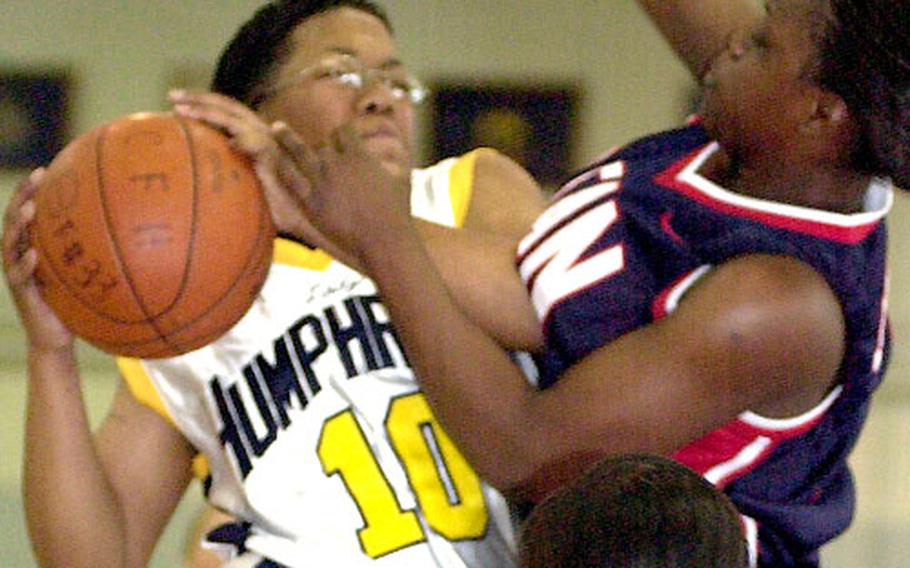 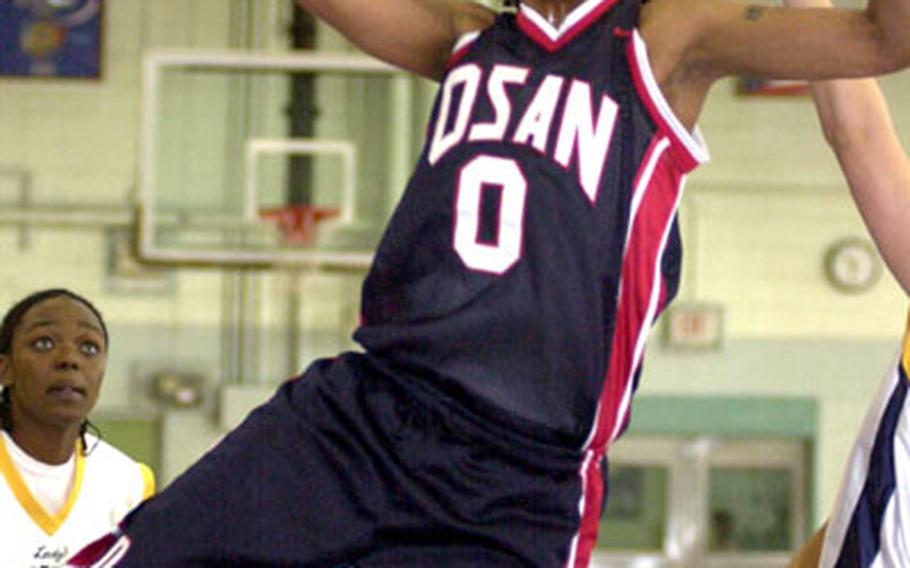 YONGSAN GARRISON, South Korea &#8212; Ronald Bartley made his exit a memorable one.

The two-time All-Armed Forces player hit a fall-away baseline jumper with 20 seconds left Wednesday to give his Yongsan Runnin&#8217; Rebels a 79-76 triumph over the Camp Humphreys Bulldogs and the men&#8217;s championship in the 2005 Pacificwide Open Holiday Basketball Tournament.

Coming out of the loser&#8217;s bracket in the double-elimination tournament, Yongsan first had to eliminate the Kunsan Air Base Wolf Pack 73-69 then beat Humphreys 91-79 to force the second, deciding title game, in which Bartley sparkled.

Camp Humphreys didn&#8217;t come away empty-handed. The Lady Bulldogs snared a 50-41 women&#8217;s title-clinching victory over the Osan Air Base Defenders &#8212; despite All-Army guard Laurie Aaron fouling out midway through the second half.

Bartley&#8217;s swan-song game see-sawed throughout the first half. Neither team led by more than five points, the score was tied 10 times, and the lead changed hands nine times.

But with 2:10 left, the Rebels&#8217; Cardell Edwards hit two foul shots to cut it to 74-73 &#8212; where it stayed until Bartley blocked a shot by Terrence Clark, bringing Bulldogs players and coaches off the bench, yelling for a foul call.

Yongsan drove the ball upcourt and got it to Bartley along the left baseline. He stumbled and fell but somehow got the ball airborne and it hit nothing but net, giving Yongsan the lead for good.

On the ensuing possession, Clark was called for stepping out of bounds, inciting more protests. Said Humphreys coach Maceo Ellison: &#8220;It leaves a bad taste."

The women tried to wipe that away, winning the first Pacific open interservice title for Camp Humphreys.

&#8220;We had to pull together,&#8221; said Humphreys swingman Nieasha Wingster, who scored six points down the stretch to keep the Defenders at bay.

Neither team could establish momentum in a lifeless contest that saw six lead changes and four ties before Aaron gave the Bulldogs the lead for good with a three-pointer. The closest Osan got: three points 2:20 before halftime.

Aaron fouled out with 9:21 left, just after the start of a stretch in which Osan went without a point for eight minutes.

Aaron had no such concern.

What broke the Defenders was poor shooting; Osan went 4-for-18 from the foul line.