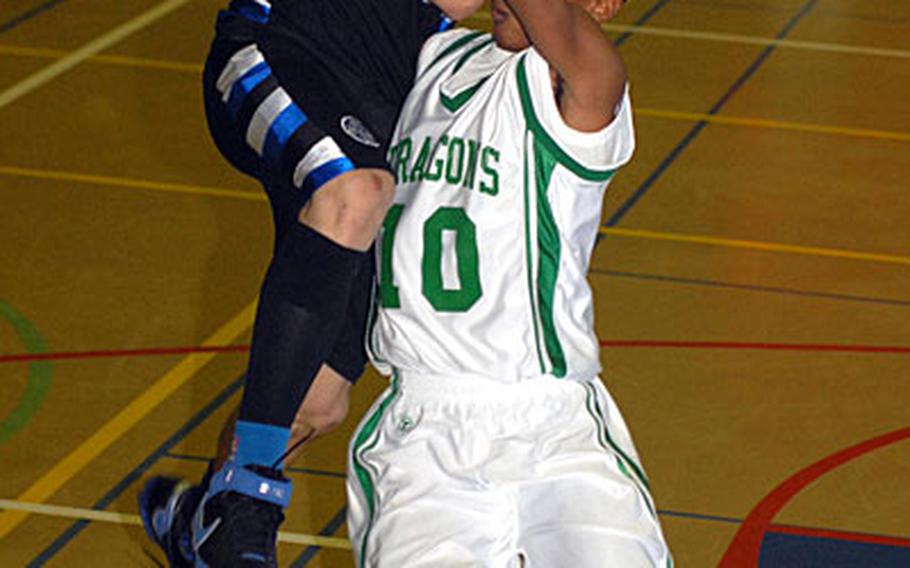 The entrants this year have won the past five Far East Class AA basketball championships and 16 of the past 19. Four of the teams lead their respective leagues this season.

The tournament started as a four-team event last year and expanded to six teams this year.

The teams raise their own funds to travel to Yokota, and their return is five pool-play games and at least two more in Saturday&#8217;s playoffs. And a lot more, coaches said.

Pool-play games began Wednesday and will continue through 7 p.m. Friday. The three-point and free-throw skills competitions are at 5:30 p.m. Friday. The playoffs begin at 9 a.m. Saturday and end with the championship game at 6 p.m.