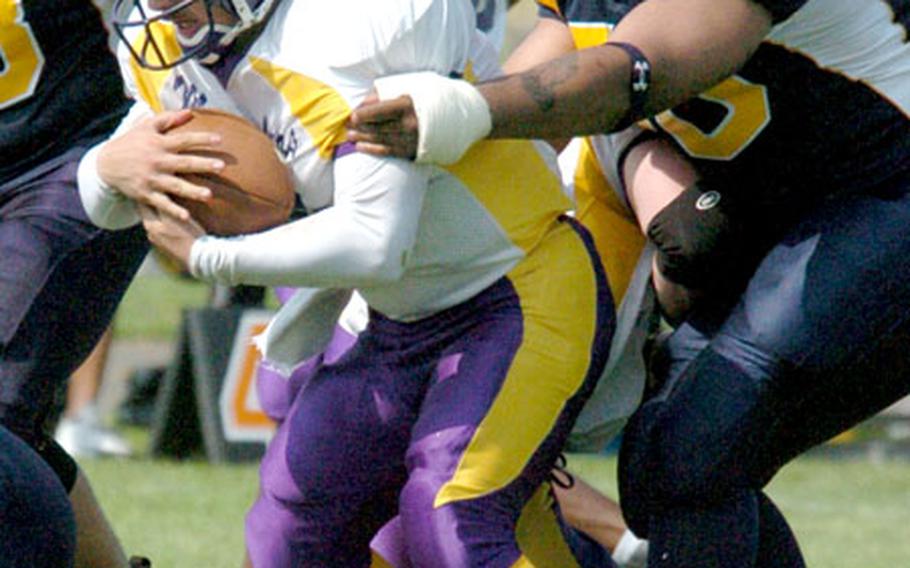 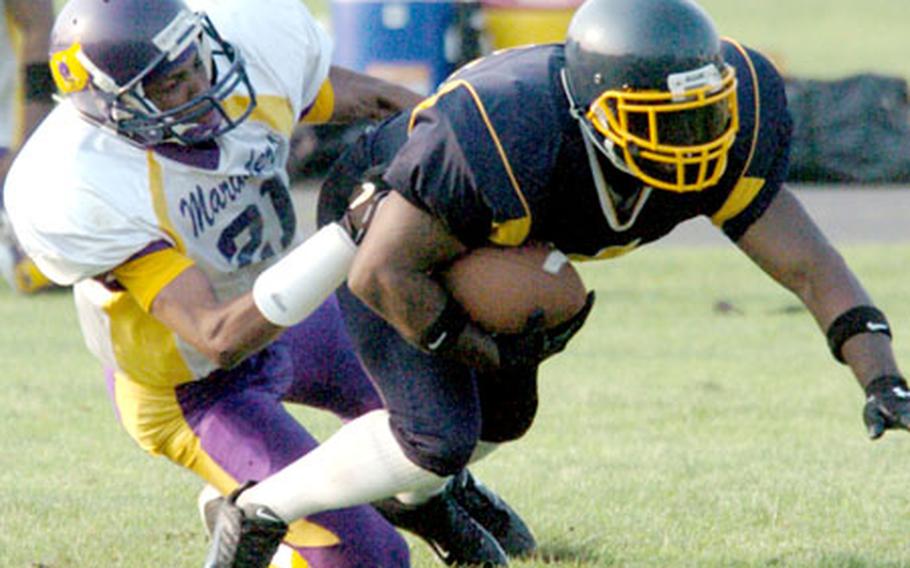 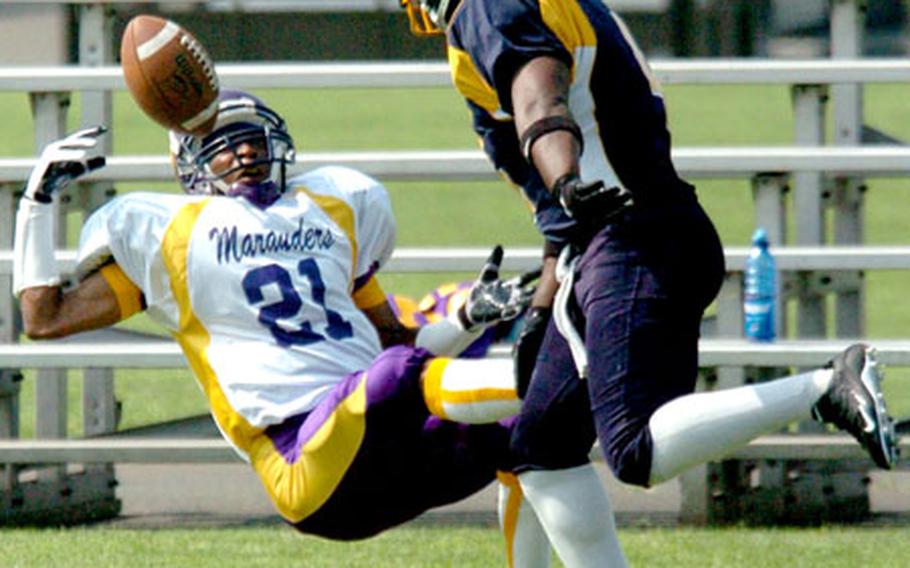 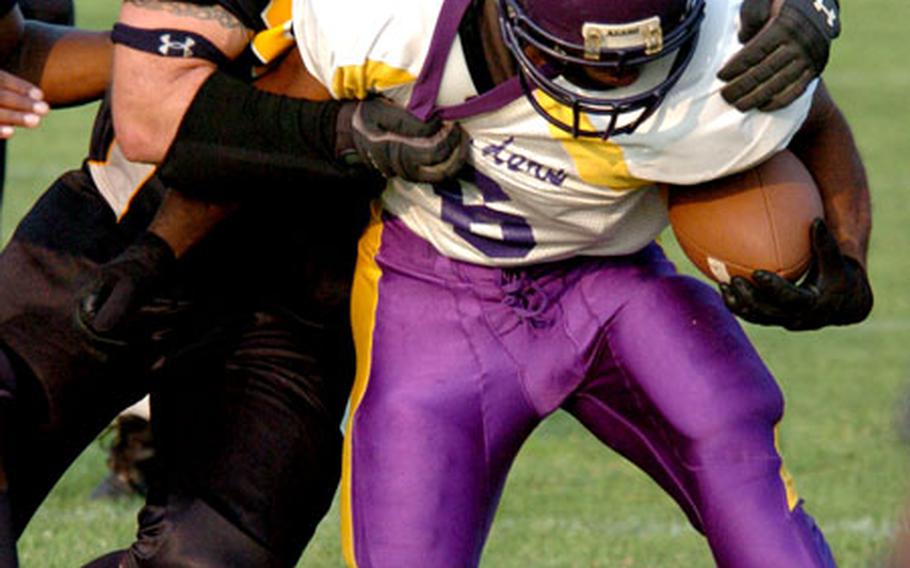 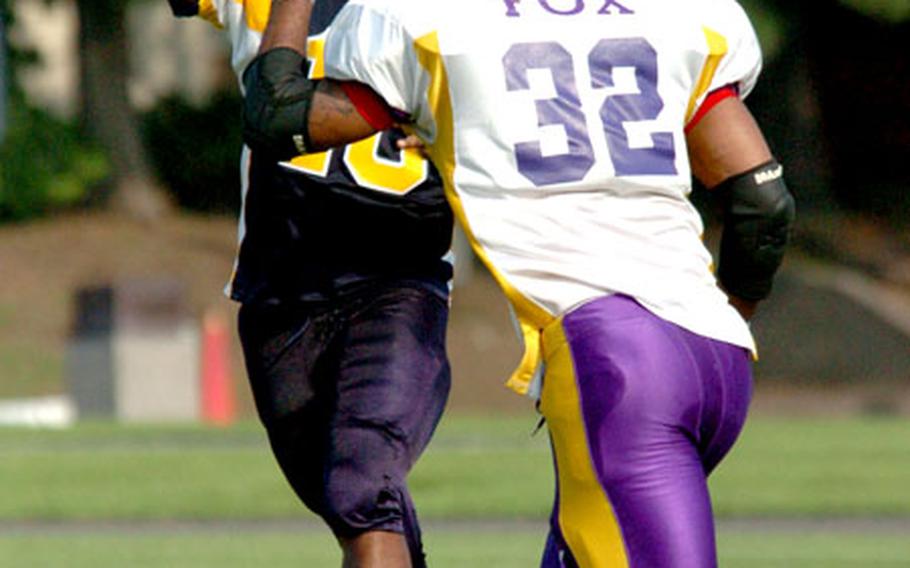 Striving to achieve offensive balance, Dowdell tossed a touchdown pass and Bobby Boone ran for Yokota&#8217;s other score, each in the first quarter, and the Warriors&#8217; defense snuffed the error-prone Misawa Marauders 12-2 on Saturday.

It was the first game of a rare U.S. Forces Japan-American Football League doubleheader with all four teams playing at the same site. The Warriors-Marauders game was scheduled as a home game for Yokota, but with no field available at Yokota Air Base, all the Warriors&#8217; games have to be played on the road this season.

In Saturday&#8217;s nightcap, defense ruled the day as Yokosuka opened defense of its five straight league titles by defeating host Atsugi 6-2. All eight points were scored by the defense.

Yokota 12, Misawa 2: Dowdell, forced to play quarterback with regulars Bruce Turner, L.C. Ooten and James McNulty unavailable due to duty or injuries, went 12-for-23 for 185 yards, including a 45-yard TD strike to Patrick Mitchell on the game&#8217;s first drive.

He was pleased with the play of the offensive line, which opened holes for the running game and providing Dowdell with &#8220;good protection,&#8221; he said. &#8220;They were the MVP of this game,&#8221; Dowdell said of the line.

The Marauders could answer only with linebacker Orentlal Steward&#8217;s second end-zone tackle for a safety this season. Misawa had all but two of its first downs wiped out by penalties.

Yokosuka 6, Atsugi 2: Daylon Banks scored the Seahawks&#8217; only points, intercepting an Atsugi pass and running it 18 yards for the game&#8217;s only touchdown. The only other points came on an Atsugi safety when Yokosuka was called for holding in the end zone in the third quarter.

Though the White Dolphins lost for the 10th straight time, they&#8217;ve been outscored by only 13 points in two games. Floyd White had 15 tackles, two forced fumbles and one recovery, Calvin Lewis ran 12 times for 35 yards and D.J. Johnson caught three passes for 32 yards.