Würzburg speedster Bryant off to fast start in Div. II 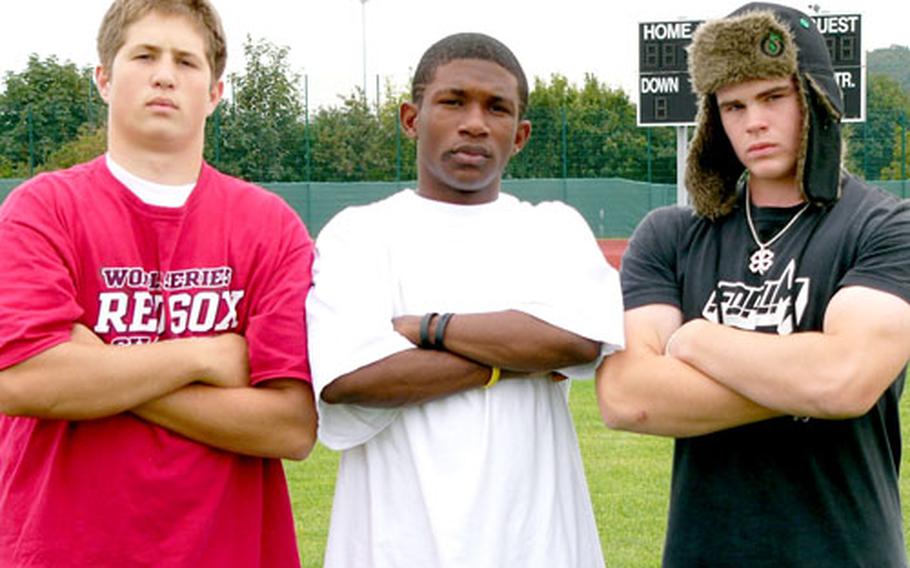 He ran 32 times, seven of them into the end zone, and averaged 13.5 yards per carry. He added a TD on a 70-yard kickoff return.

His mother, deployed with the the 299th Force Support Battalion out of Schweinfurt to the Middle East, would have been proud.

Bryant, who transferred to W&#252;rzburg from the state of Washington after last football season, gained 152 yards in that game, a 50-22 loss at Patch, despite leaving the game six minutes into the second half with an injury.

Saturday, he went the distance.

But don&#8217;t worry, Sgt. Pitre, about your son exhausting himself, even though he ran the ball a quarter-mile on Saturday following a 12-hour, all-day bus ride over the Alps on Friday, and a practice session Friday night that was followed by a night&#8217;s sleep on a gymnasium floor.

Given the patchy state of the DODDS-Europe record book, no one knows whether Bryant&#8217;s 437 yards are a record. Marcus George of Ansbach, the unofficial historian of high school football in Europe, said he can&#8217;t remember anyone going over 400 since he arrived in 1985, but quoted former Wiesbaden coach Darryl Schwartz as saying he had a back gain 400 yards a couple of times before that.