Würzburg boys off to good start in DODDS-Europe hoop tourney 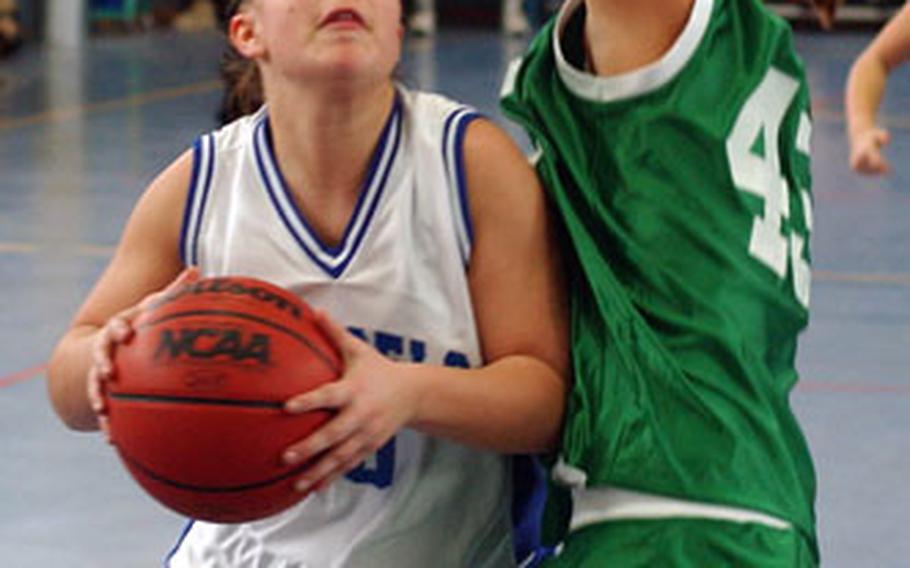 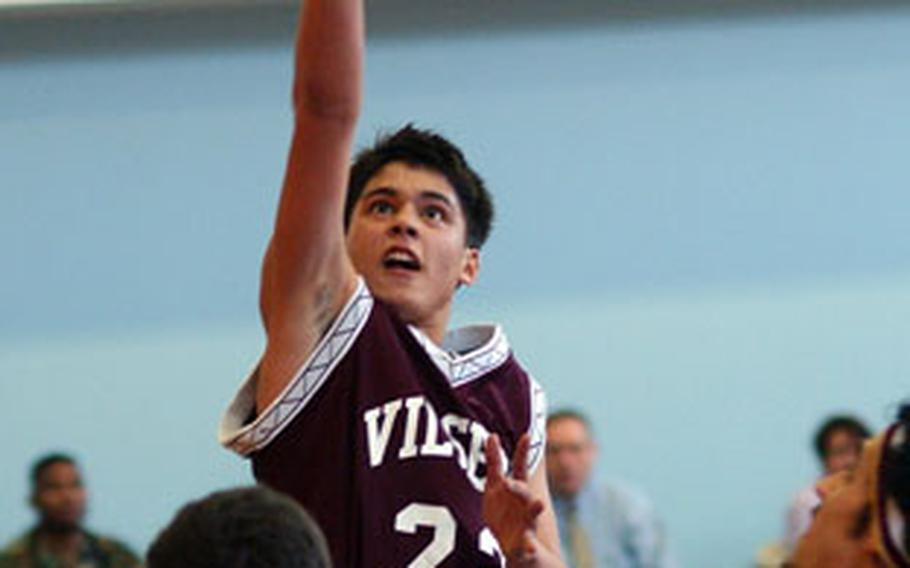 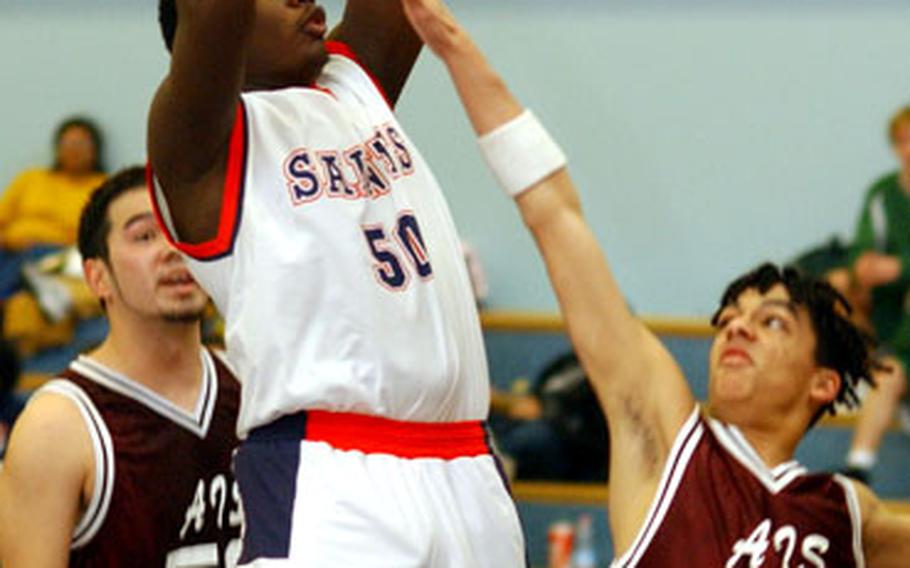 MANNHEIM, Germany &#8212; W&#252;rzburg began defense of its Division I basketball crown with victories in pool play Wednesday on the opening day of the DODDS-Europe boys basketball championships.

In pool play of the girls Division I tournament, Kaiserslautern and International School of Brussels opened with victories and appear to be on a collision course for the title.

In Division I boys, second-seeded W&#252;rzburg downed No. 3 Kaiserslautern, 39-36, in the morning, then came back after lunch for a 72-32 victory over seventh-seeded Lakenheath.

&#8220;My thinking is that if you win the first game you can breathe easier,&#8221; W&#252;rzburg coach Allen Archie said after his squad pressured Lakenheath into turnover after turnover during a 21-2 run to open the game.

Donald Bryant scored 10 of his 17 points during the opening onslaught. Doiminick Lee added eight first-quarter points before Archie turned to his bench.

The victories ensured W&#252;rzburg, which plays sixth-seeded ISB on Thursday, of reaching the semifinals.

In other Division I games, Ramstein&#8217;s Whitney McCloud tipped in a missed shot at the buzzer to force two extra minutes, and the Royals went 6-for-6 from the free-throw line to defeat top-seeded Wiesbaden 45-40.

The loss left Wiesbaden in a must-win situation against Heidelberg later in the day. Heidelberg, fueled by 19 points from Damon Fleming, opened its tournament with a 41-36 win over Ramstein.

Division II: Top-seeded Aviano reduced its workload with a 59-19 courtesy-rule victory over AFNORTH in less than 20 minutes.

In the girls tournaments, top-seeded Kaiserslautern took a 28-4 first-quarter lead and romped to a 39-26 victory over fifth-seeded W&#252;rzburg, while second-seeded ISB demolished third-seeded Lakenheath 40-27. With the rest of the field coming off .500 or worse seasons, K-town and ISB again established themselves as the dominant teams in Division I.

ISB followed its victory with a 39-32 victory over Wiesbaden later in the day to go 2-0. K-town was playing Ramstein later in the evening.