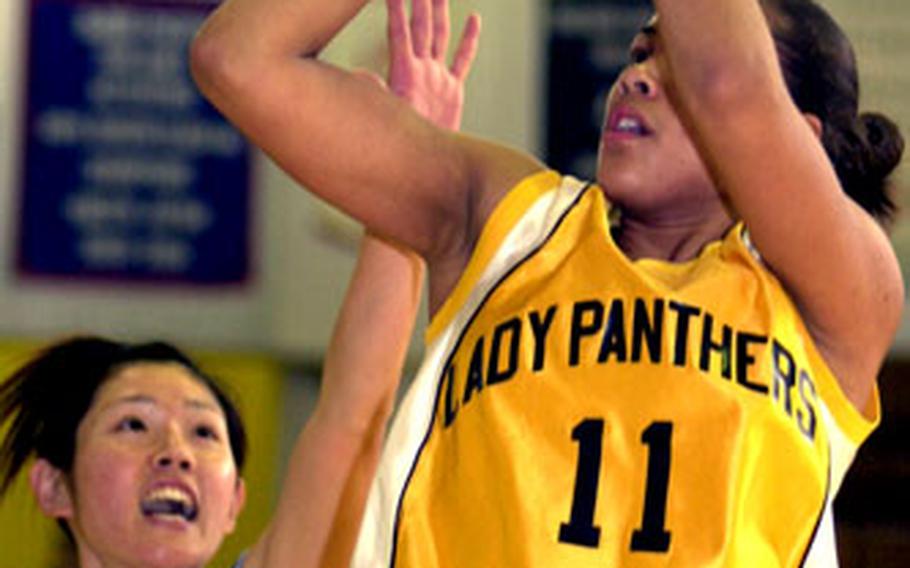 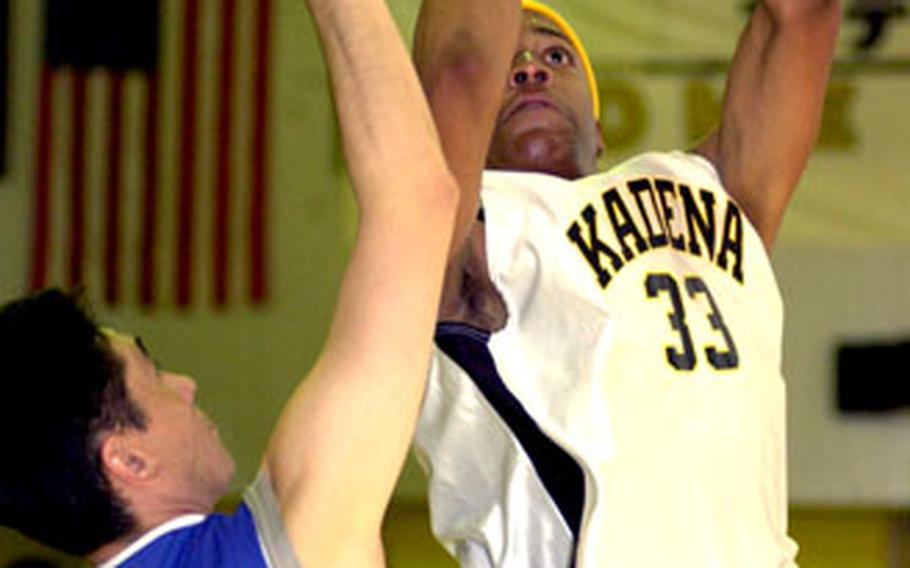 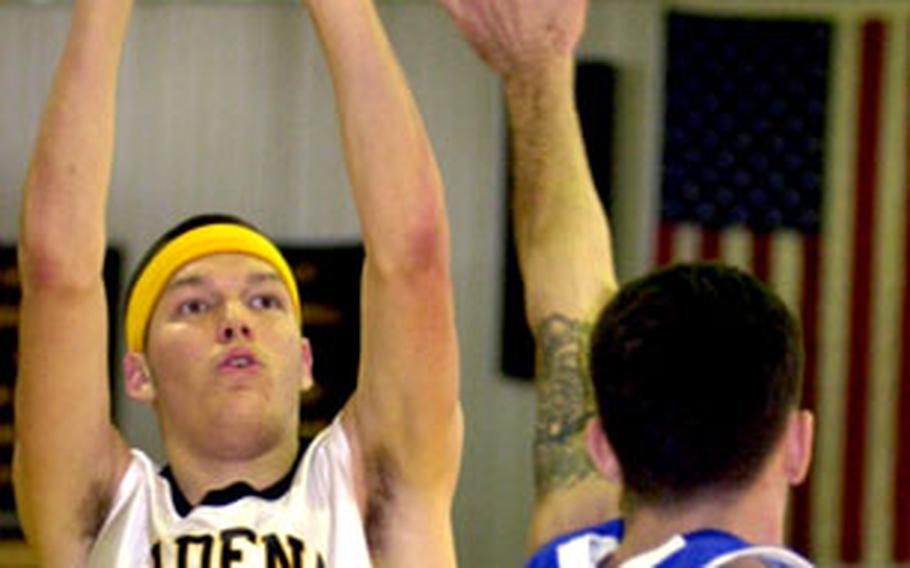 Tiffani Wright scanned the stands for the source of the invective yelled at her.

Wright used that as her motivation, erupting for 38 points, three shy of the Pacific&#8217;s single-game scoring record, and grabbing 32 rebounds to power Zama past Perry 61-37 for a sweep of the two-game JBL weekend series.

Such production is nothing new for Wright, who transferred from Florida in the summer of 2004 and averaged school records of 23.5 points and 16.3 boards to boost the Trojans to a 21-13 record and fifth-place Far East Class AA tournament finish a season ago.

Four times, she exceeded 30 points, twice reaching 38, three shy of the single-game record of 41 set by Yevonne Sears of Robert D. Edgren in Japan in the 2000 Class AA tournament.

This season, Wright simply picked up where she left off, averaging 29 points, three times scoring 30 points or more, and 20 rebounds per game as Zama has broken out of the gate for a 6-0 start, its best in five seasons.

Knowing that Wright was closing in on the single-game mark, Jones sent Wright back in with three minutes left. The Samurai then double-teamed Wright and other Trojans, such as Cristina Eustaquio, hit every shot from outside; Eustaquio finished with 14 points. &#8220;She was on fire, too,&#8221; Jones said.

Kadena, Kubasaki squads take their lumps against Okinawa club teamsWith most Japanese teams on the island participating in the Okinawa high school championship tournament, Okinawa-American League games are usually few and far between for Kadena and Kubasaki High Schools.

&#8220;Last year, (Kadena boys coach Bob) Bliss said he wanted more games, instead of just sitting and waiting&#8221; for the Japanese tournament to finish, Richardson said. &#8220;The district and the schools were agreeable to this.&#8221;

Prepared, conditioned Falcons avenge lossWhile most DODDS-Pacific teams took off for the two-week Christmas holiday period, Seoul American&#8217;s boys practiced throughout and played 10 games, most of them against military teams. The extra work made a difference, coach Steve Boyd said, after the Falcons won 77-61 over Yongsan High School, a Korean team that throttled them 101-48 on Dec. 2.

&#8220;It was our best four quarters of play this season,&#8221; Boyd said of the Falcons, who improved to 13-9 overall by shooting 48 percent from the field and 71 percent at the line. Jamaal Mohn scored 12 of his 20 points at the foul line; Chris Churchwell made six free throws and scored 12 points.

&#8220;Hopefully, all the practice, games and conditioning during Christmas paid off,&#8221; Boyd said.

Yokota grapplers score victory, cast wary eye on ZamaYokota celebrated its first tournament victory of the 2005-06 Japan wrestling season this week, but coach Brian Kitts sounded a warning shot: Zama American will be a program to watch in coming seasons.