Wrestlers size up the competition in final meet before sectionals 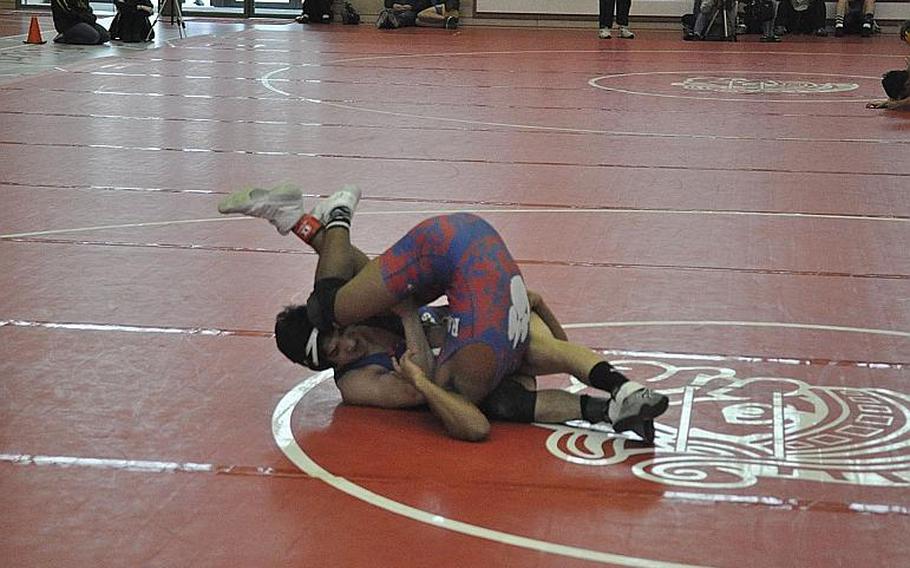 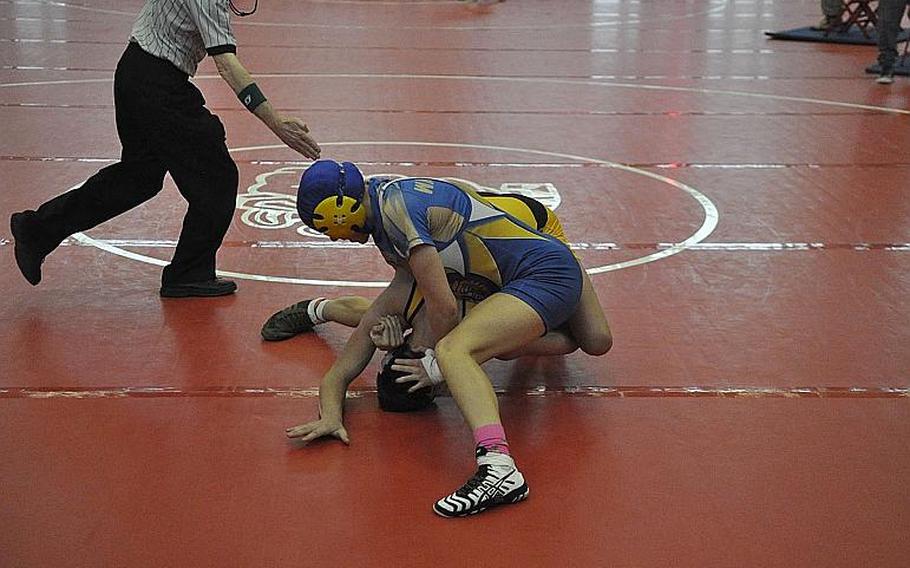 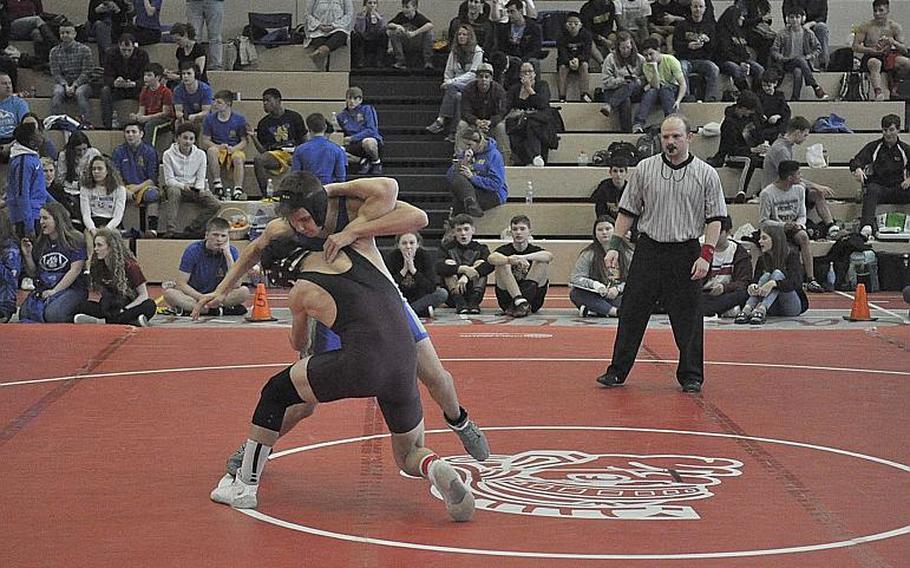 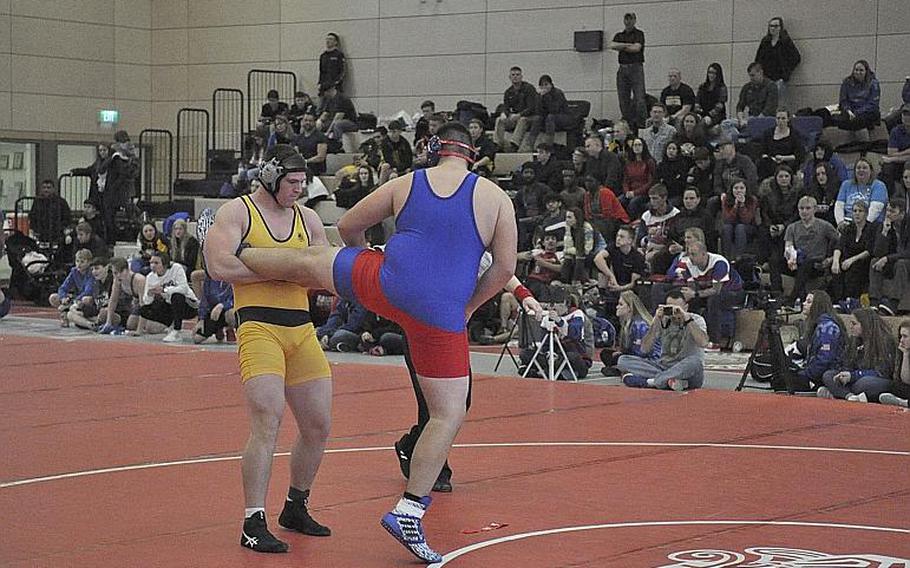 KAISERSLAUTERN, Germany -- Saturday’s huge regular season-ending DODEA-Europe wrestling meet at Kaiserslautern High School lacked the stakes of the postseason meets that will follow it over the next two weekends.

But it didn’t lack the intensity.

Wrestlers well aware of the bigger picture of the European wrestling season were able to repeatedly narrow their focus to the opponent across the mat, producing a day’s full of competitive, hard-fought matches and setting the stage for next weekend’s sectional qualifiers and the Feb. 15-16 European championships.

“This is like the preview of Europeans,” Hohenfels senior Joshua Robles said.

Indeed, the eight-school meet is the closest facsimile the regular season offers to the European finals. The meet, one of three scheduled for the final day of the regular season, featured all of the Division I teams that cracked the top five in points at last year’s European tournament. That included reigning dynasty Stuttgart, returning runner-up Ramstein and contenders Kaiserslautern, Vilseck and Wiesbaden.

The crowds of grapplers squeezing into the 14 weight-class brackets was eased, however, by a notable set of absences and even same-day scratches. Several coaches pointed out key wrestlers missing from their teams due to illness or injury.

But those that did suit up did their part to craft a compelling end to the regular season. Vilseck senior Phoenix Blumenshine was responsible for one of the highlights of the day when he sensed his Wiesbaden opponent’s upper body droop towards the mat, leaned backwards into a bridge and earned a sudden pinfall victory.

“An opportunity came up and I went for it,” said Blumenshine, who won the meet’s 170-pound bracket.

Experienced DODEA-Europe wrestlers are well-versed in the distinctive rhythm of the overseas season, which starts with a couple of feeling-out meets in December, takes a month-long break for the holidays and ramps up again with a handful of regular-season meets leading up to the February postseason. Wrestlers know at which point in that process their performance needs to peak. But pacing oneself and pushing oneself aren’t mutually exclusive.

“I just go into every match thinking it’s going to be the hardest match of my life,” Blumenshine said. “I’m here to win.”

Robles said that this late point in the season is when better-conditioned athletes can separate themselves from the group.

“You can tell, some people don’t have the conditioning,” Robles said. “They just get tired too soon.”