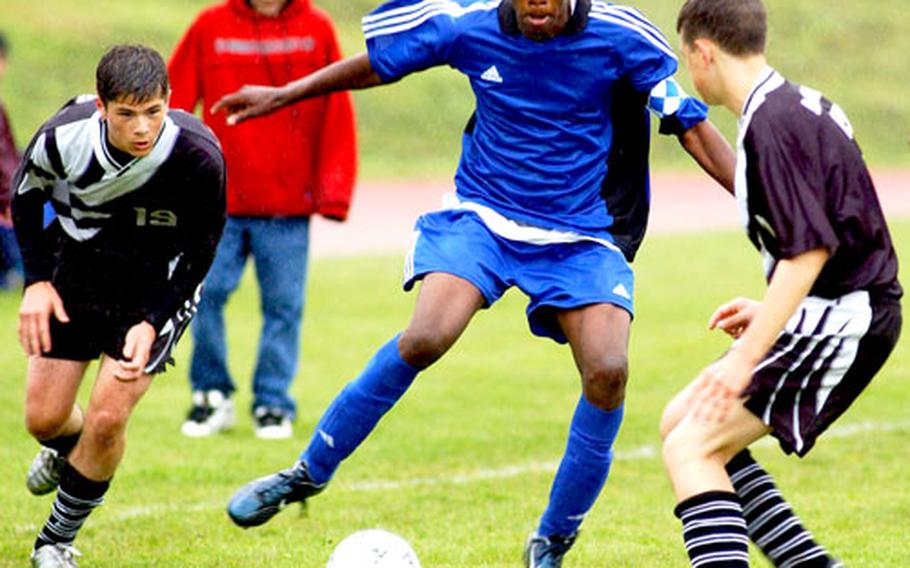 Hohenfels’ Anthony Marshall was the only sophomore to make the All-Europe boys soccer team. Marshall had 13 goals and seven assists. (Michael Abrams / S&S)

Four other first-teamers from 2004 join Wonzina on this season&#8217;s top 15, selected by a panel of coaches.

Joining Wonzina as a three-time pick is Heidelberg senior striker Kevin Thorne, a first-teamer in 2003 who made second team last year and returned to the top squad in &#8217;05.

Seniors dominate the 2005 first team. Wiesbaden teammates Seiber and Collin Limes, a stopper, are the only juniors to make the squad; Hohenfels striker Anthony Marshall is the lone sophomore picked. No freshman cracked either roster.

The second team is more senior-laden than the first, with 13 of the 15 slots going to seniors.

But the panel made a vigorous effort to recognize all aspects of the game, according to selector Greg Blankenship of AFNORTH.