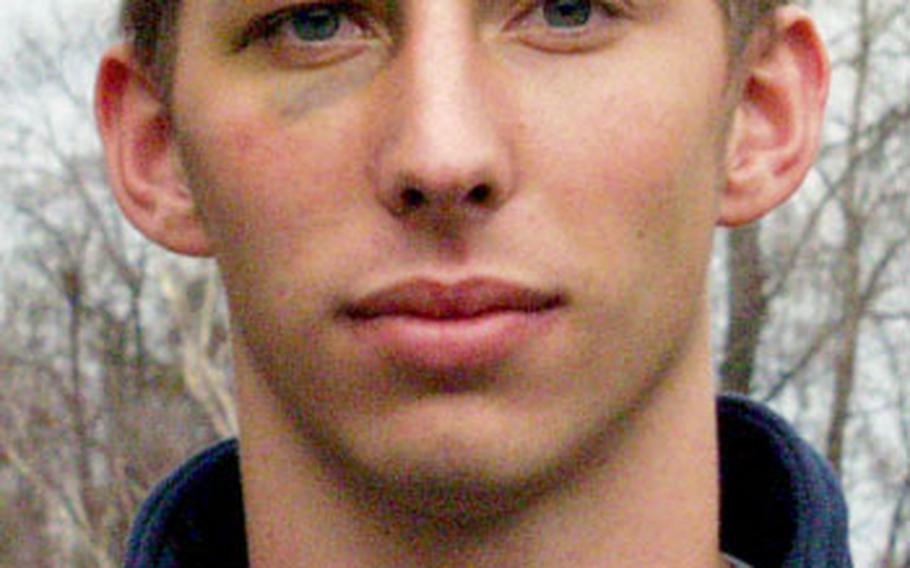 The 18-year-old Warriors senior had just capped the soccer year of his life by being selected for the adidas all-star team at the Olympic Development Program Interregional tournament played at Carson, Calif., Jan. 2-4.

He suffered the black eye in a head-to-head collision, but he refused to let it slow him down against some of the world&#8217;s top young soccer players.

And tough work it was.

In the game against the under-20 team, Bryant found himself marking Memo Gonzalez of the Los Angeles Galaxy of Major League Soccer.

Then things got really tough: he got a chance to defend highest-paid youth player in the world, Freddie Adu of D.C. United.

For a player whose previous career pinnacles had come while manning the back row on the A Youth team of SV Mainz-Gonsenheim of the German Southwest Regional League, playing against that pair of big-leaguers was rarefied air, Bryant said.

His play was noticed.

Soon after the tournament, Bryant&#8217;s father, Monty, received a letter from a parent of one of the under-20 national team members.

&#8220;Your son did a great job this morning in a 1-1 draw,&#8221; the parent wrote. &#8220;He was playing defensive midfield and had to mark Memo Gonzalez of the L.A. Galaxy in the first half and none other than Mr. Adu in the second. Neither one of them was effective during play. Cooper was able to keep both of them in check.&#8221;

Bryant began his soccer career as a 5-year-old in Panama City, Florida. By the time he was 12, he was criss-crossing the state to play on a youth club near Tampa.

The family moved to SHAPE, Belgium, in 2001-2002, where Bryant reported for a tryout with a Belgian junior team in Mons.

Bryant joined his regional league team when the family moved to Germany last year. This time, he at least had had someone to introduce him, a Wiesbaden High grad who played for SV Gonsenheim. Bryant quickly took over at center back for his new team, and spent last summer at an Olympic development camp in Binghampton, N.Y.

Huge enough that he wasn&#8217;t going to let a black eye, slow him down against the U.S. National teams.

And because of the way he took care of business against nation&#8217;s best at the start of 2004, it&#8217;s likely that the November call-back was just the first in a series of huge opportunities.

Holding his own against Division I college players &#8212; some of his fellow all-stars play for schools such as UCLA, St. Louis, Notre Dame, Seton Hall, North Carolina, Cal and Wake Forest, among others &#8212; and against professionals, Bryant now knows he can hold his own at the game&#8217;s higher levels.