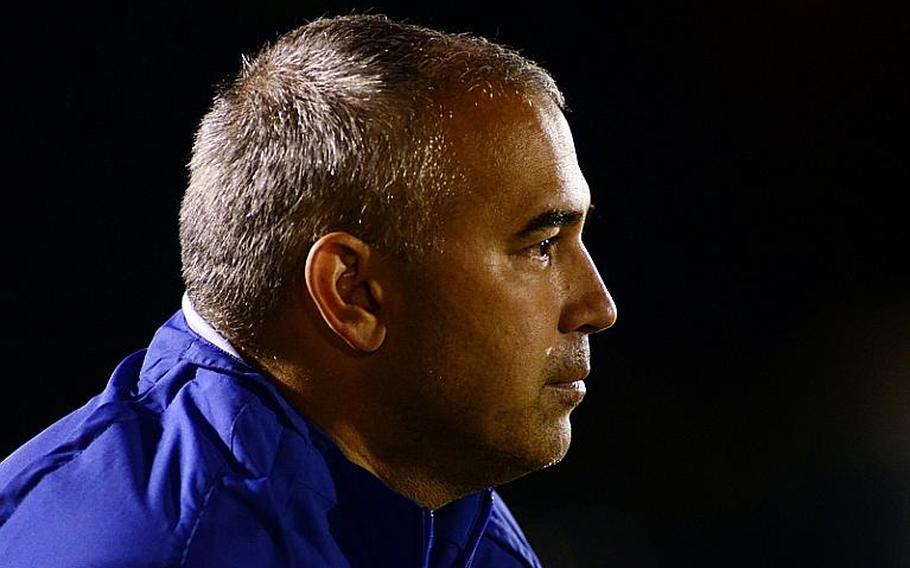 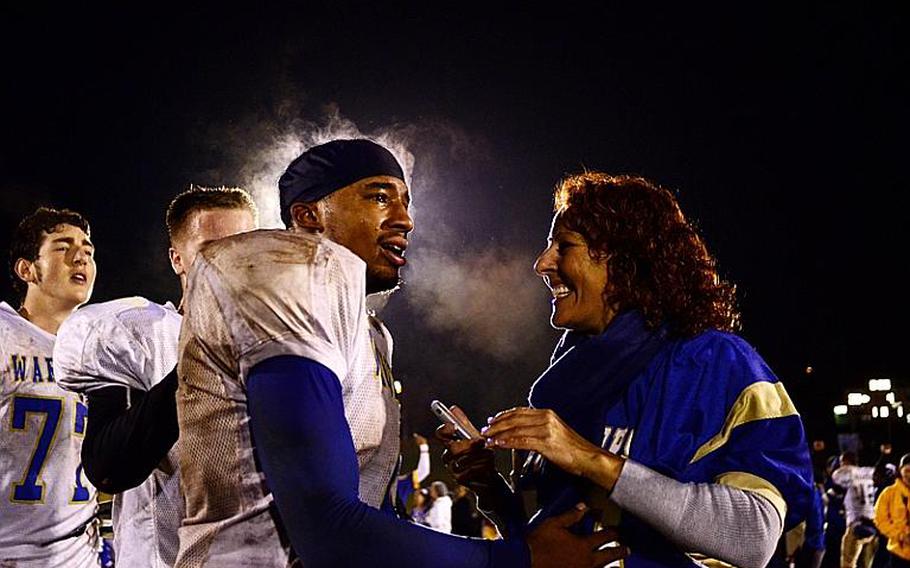 BAUMHOLDER, Germany &ndash; Passing a gut-check the likes of the one the Wiesbaden Warriors mastered Saturday in their 25-23 European Division I championship victory over the Ramstein Royals takes an emotional toll.

&ldquo;Yes, yes,&rdquo; panted offensive MVP Daniel Harris through tears of joy and sobs of excitement when asked if he thought winning a game the way the Warriors did was the most enjoyable way to win a football game.

Those were all the words Harris could form after a game that saw him rush the ball 19 times for 141 yards and a touchdown. Nine of those carries and 70 of those yards came, however, on a determined 13-play Wiesbaden drive that set up the eventual game-winning field goal.

Harris, who came into the game having gained 1,333 yards and who scored Wiesbaden&rsquo;s first TD on a 32-yard second-quarter run, ran to either side and up the middle on the drive which consumed 6 minutes, 33 seconds of the game&rsquo;s final 9:04. His final run, on second-and-goal from the 9, gained 4 yards, and after the Warriors fell on a bobbled snap on third down, Dennis Ringgold came in to toe a 25-yard field goal that erased Ramstein&rsquo;s 23-22 lead.

&ldquo;I knew it would come down to it,&rdquo; said Ringgold about his game-winning try. &ldquo;I was nervous, but the coach told me to stay calm.&rdquo;

That might have been a tall order. Bad snaps had led to a Ramstein safety and 4-yard TD drive earlier in the game, and with the dew-soaked grass at Minick Field getting damper by the minute, another errant snap wasn&rsquo;t out of the question. However, Ringgold, whose third-quarter, 44-yard touchdown grab of a pass from Garry Miskovsky got the Warriors back into a game they were trailing 16-7 at the time, said he was confident the Warriors would get the placement down.

Ringgold put the icing on his field goal by kicking the ball into the end zone on the ensuing kickoff, ensuring that Ramstein would have to go a long way in the game&rsquo;s final 2:30.

Defensive MVP Dan Aslakson put a stop to that by intercepting a Steven Groenheim pass at midfield to ice the victory.

It was Asklakson&rsquo;s second theft of the game, and big as it was, it couldn&rsquo;t match the impact of his first interception, which came on the final play of the third quarter with Ramstein leading 16-14.

Aslakson jumped in front of a flat pass to the sideline, tipped the ball to himself and hauled it in with his left hand as he was being spun around by his other arm by the intended receiver. He then pulled away and scampered 45 yards for the TD that gave the soon-to-be champs their first lead of the game.

Ramstein regained the lead with 9:11 to go, however, on Jon Grotelueschen&rsquo;s second TD run of the game. Grotelueschen who had gained 1,123 yards going into the finale, carried 30 times for 160 yards and two TDs.

Wiesbaden, however, got the ball back on its own 24 and saddled up Harris for the victory - its first European title since 2004 - and second comeback win in the last three weeks. Their 37-34 last-minute, come-from-behind victory Oct. 15 at Filton kept them alive in the playoff race.