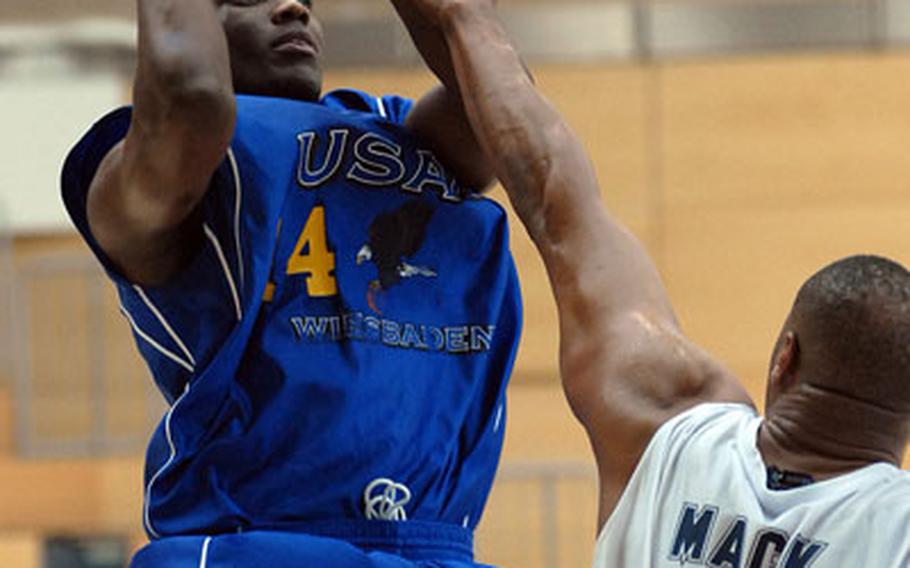 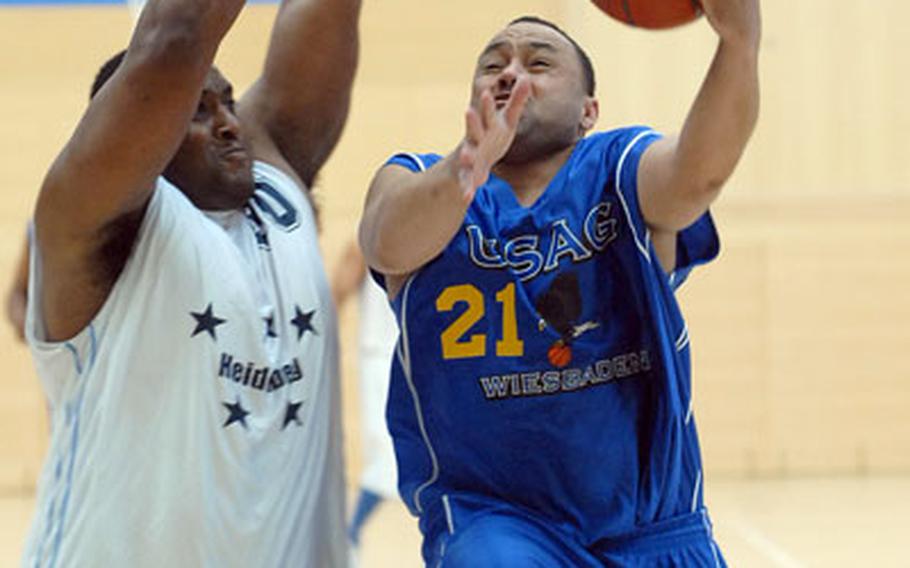 Wiesbaden, which was taken to the if-game March 18 before downing Heidelberg and successfully defending its Army-Europe title, stopped Heidelberg again in the if-game Sunday 69-56 to win its second straight U.S. Forces Europe crown.

&#8220;We got a lot of defensive help and played as a team on the boards,&#8221; Wiesbaden coach William Satterwhite said of the third game between the two foes. The Eagles fell 82-61 to the Generals earlier Sunday.

Heidelberg forced Sunday&#8217;s if-game behind 23 points from Shedrick June and 17 from Ayo Lawson. The Generals, who led 40-32 at halftime thanks in part to collecting six unanswerable points on fouls followed by technical fouls, pulled away after intermission on backdoor cuts and multiple shot opportunities derived from Heidelberg&#8217;s almost complete control of the boards.

And, he added, kicking things up a notch on offense.

The up-tempo style, ideally suited to Wiesbaden speedsters such as tourney MVP Deon Pearman, was the option the Eagles chose against Heidelberg in the Army-Europe finale, too.

Pedal to the metal was particularly damaging to the Generals, a veteran team which was, as it was on the final day of Army-Europe, playing its third game of the day. Sunday morning, the Generals eliminated USAFE runner-up Lakenheath 31-30 in a 20-minute losers-bracket final.