Vilseck reserves get a chance to shine on court 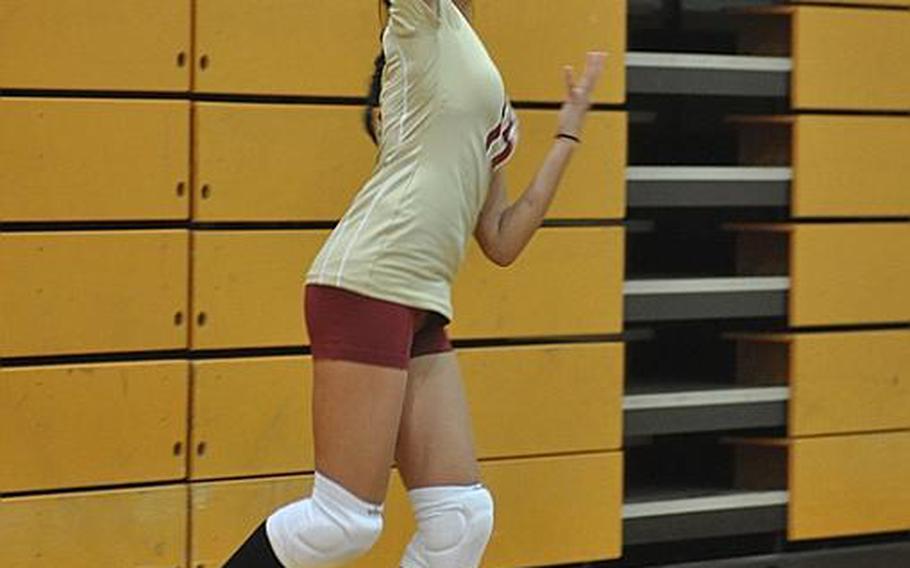 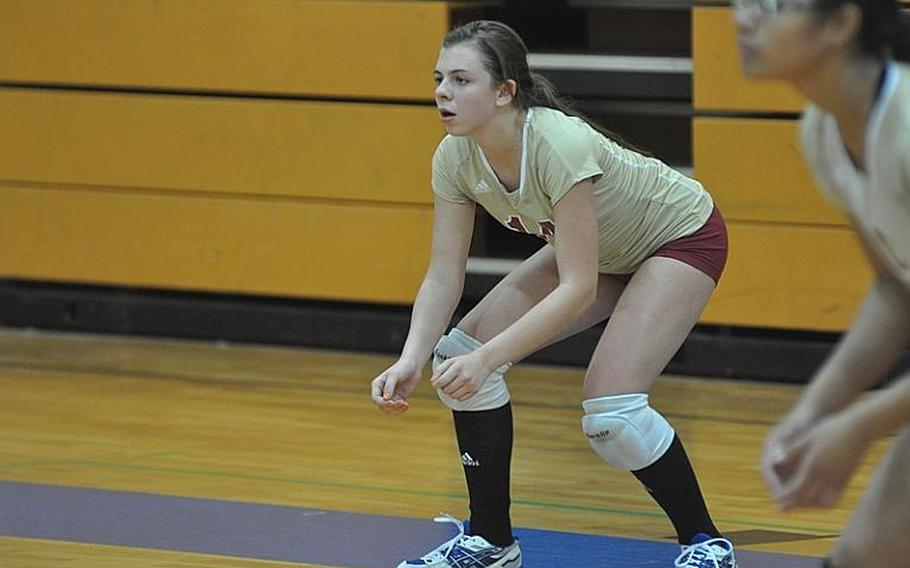 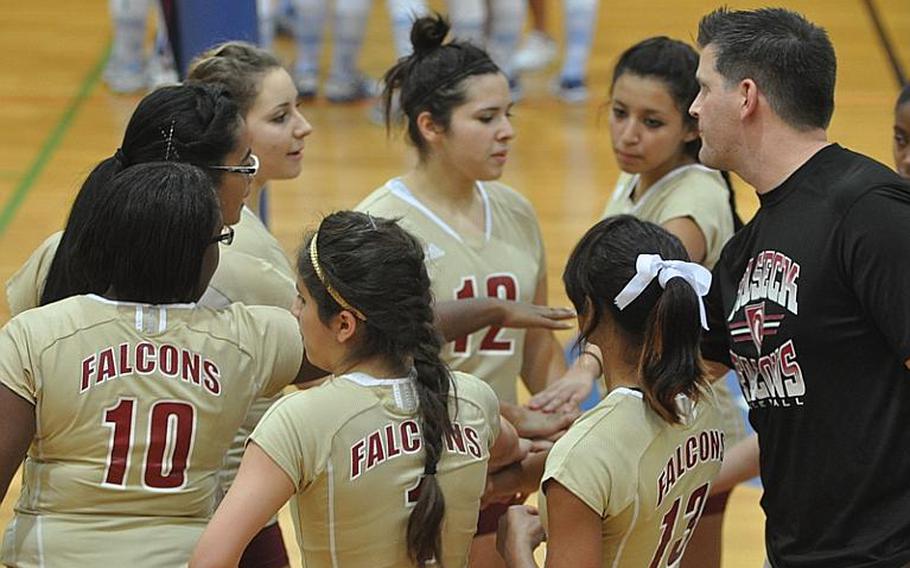 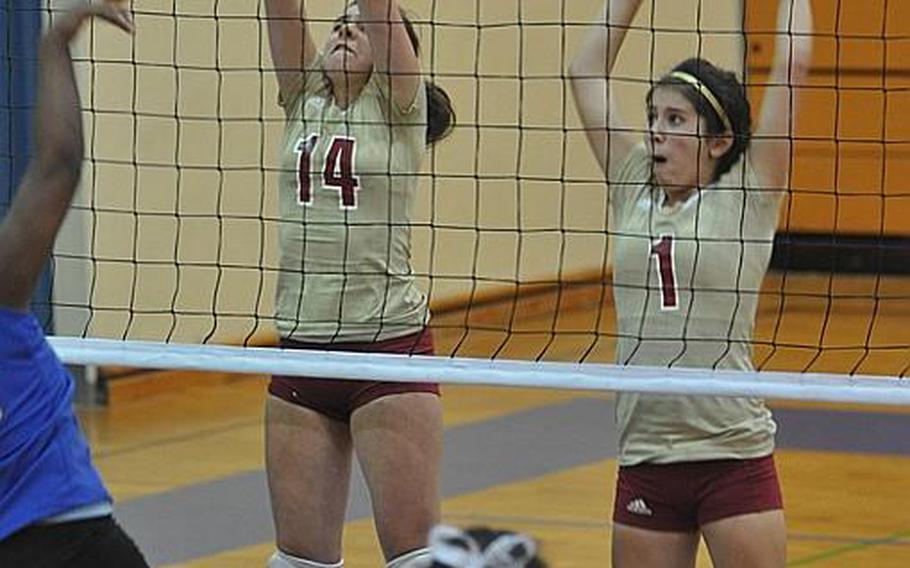 Vilseck's Adriana Sued, left, and Taylar Mata go up for a block Saturday against the Bamberg Barons. (Dan Blottenberger/Stars and Stripes) Logan Street of Schweinfurt prepares for a serve Saturday against Bamberg. (Dan Blottenberger/Stars and Stripes) 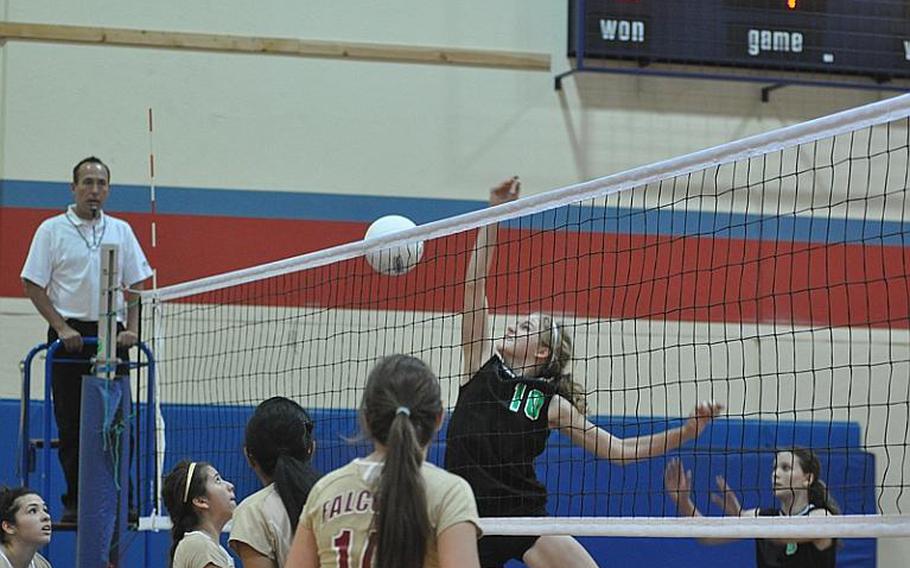 Schweinfurt sophomore Katherine Street goes up for a ball against Vilseck Saturday. Vilseck won both of its matches against the Razorbacks and Bamberg Barons. (Dan Blottenberger/Stars and Stripes)

SCHWEINFURT, Germany &ndash; If Saturday was a preview for what Vilseck will look like next year, Lady Falcon fans have a lot to look forward to.

Five of the Falcons starting six did not travel to Schweinfurt because they are seniors taking standardized tests for college the same day.

&ldquo;That&rsquo;s our team next year,&rdquo; said Vilseck coach Brian Swenty, following his team&rsquo;s doubleheader victories. &ldquo;When you are missing five of your starters there is always a question mark there.&rdquo;

&ldquo;It felt great, I&rsquo;m really proud of us we stepped up when we had to, I think we worked really well together for people who haven&rsquo;t played together,&rdquo; Mata said.

The juniors and sophomores of Vilseck didn&rsquo;t dominate vertically, but they played a sound tactical game, according to Mata.

&ldquo;We have to be a team that plays clean and executes their plays because you know we are all pretty short,&rdquo; said Mata. &ldquo;We have to work together and just play smart.&rdquo;

Even though Schweinfurt was only able to pull off one win, the Razborbacks played close in all of their games.

Alex Lopez had nine kills, Beth Siatiani had 14 assists and Mata had five aces for Vilseck in the victory over Bamberg.

Siatiani also went 17 of 19 serving with 12 assists in the Falcons&rsquo; win over the Razorbacks.

Swenty and the Lady Falcons are now getting their minds ready for next weekend&rsquo;s showdown with Heidelberg.

&ldquo;Heidelberg&rsquo;s are big test &ndash; I think if we play as well as we can we have a good shot of being successful,&rdquo; Swenty said.

CorrectionAdriana Sued and Jalyssa Florez were incorrectly identified in picture captions in an earlier version of this article.