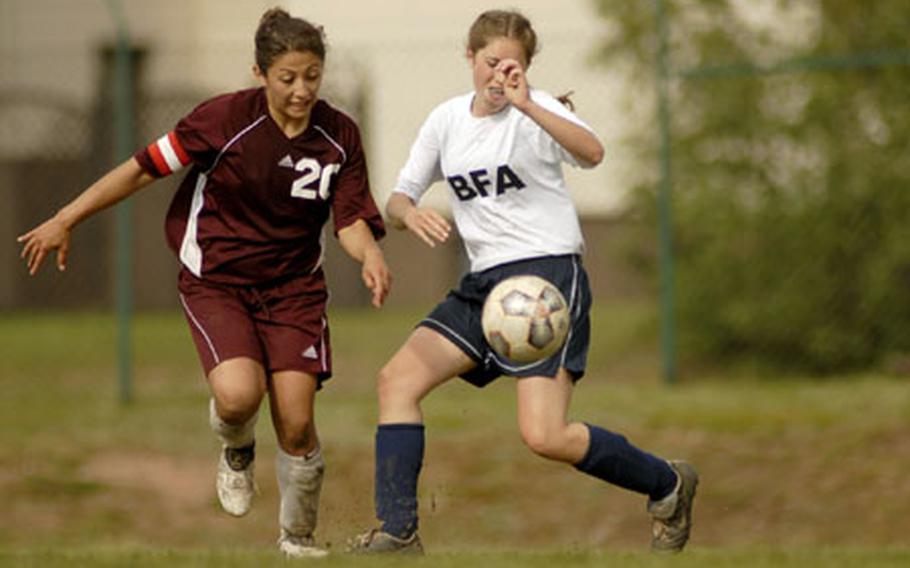 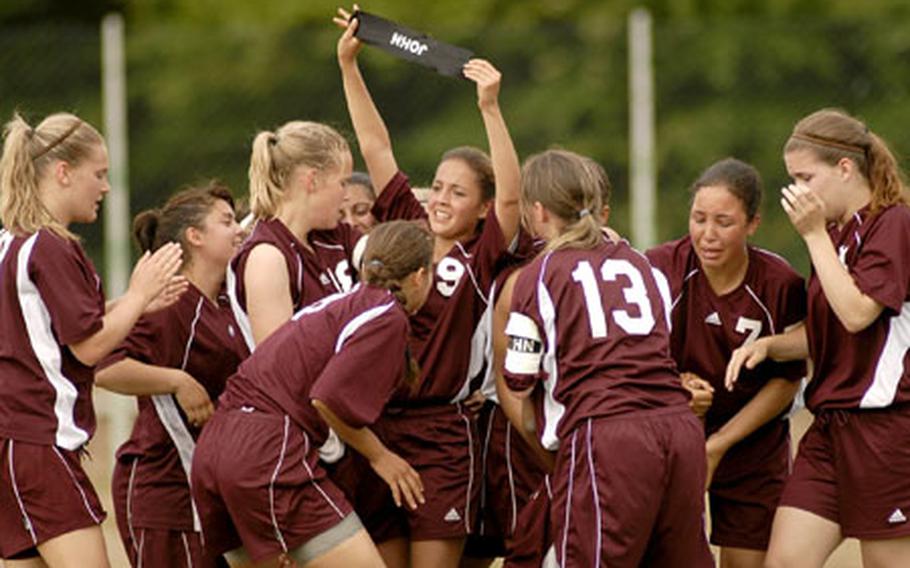 Rosa Leon, a junior from Vilseck High School, holds up an armband with the name “John” as her team celebrates their victory over Black Forest Academy Saturday at Ramstein. John Watseck was a member of the Vilseck boys soccer team who died in a car accident the first day of practice this season. (Ben Bloker / S&S)

But after the 2-0 triumph over Black Forest Academy was all over, Hollis credited her teammates for the victory.

The championship game was the fourth meeting between the teams this year. The previous three games all ended in ties.

The game was special for another reason. The Vilseck girls and boys soccer teams dedicated their seasons to John Watsek, a Vilseck senior and soccer player who died in a traffic accident on the first practice of the season.

The girls team, traumatized by their friend&#8217;s death, forfeited its first game of the year as the players coped with the loss.

The girls wore black armbands during the championship game and had Watsek&#8217;s name written on their socks.

For much of the game, shots on goal were few, perhaps a combintion of fatigue and strong defenses. Defenders on both side attacked, intercepting passes and scuttling offensive drives.

The defensive back-and-forth came to a halt when Hollis scored on a penalty kick about 27 minutes into the second half.

Her second goal came after she trapped the ball with her chest and drove a shot past the goalie.

The Division II boys championship game between BFA and Bitburg ended too late for this edition. The story will appear in Monday&#8217;s newspaper.