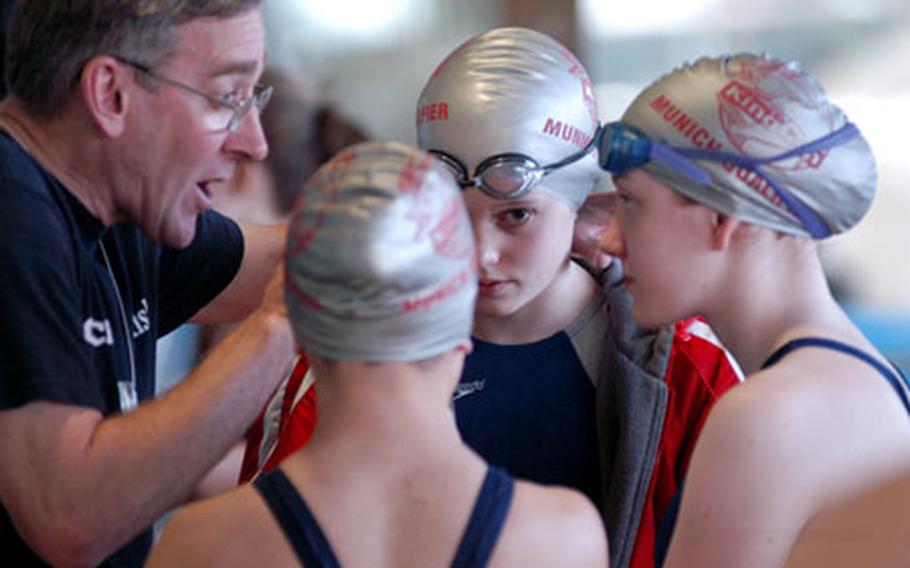 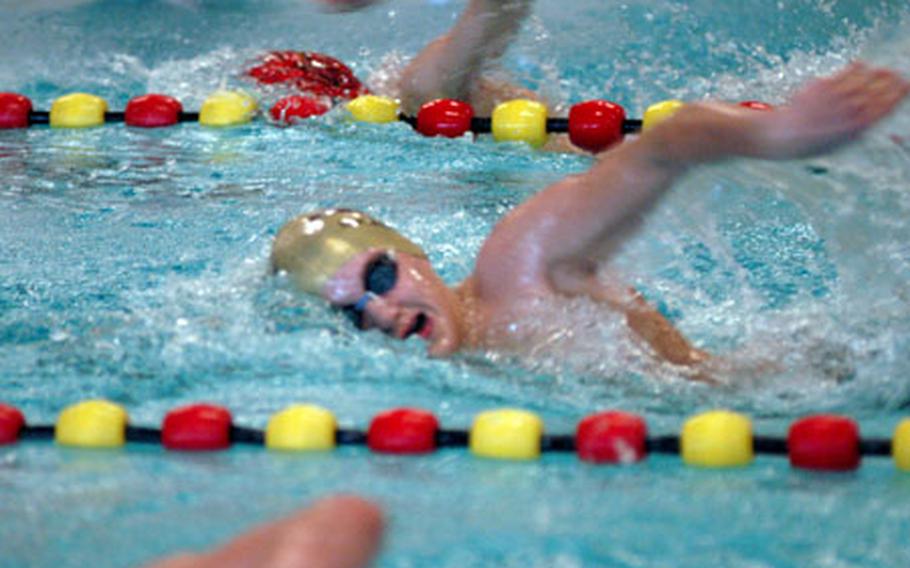 SHAPE Seals swimmer,14-year-old Niclas Henrichs, leads the pack on the first lap of the fourth heat of the 200-meter freestyle for 13-to 14-year-old boys. (Matt Millham / S&S) 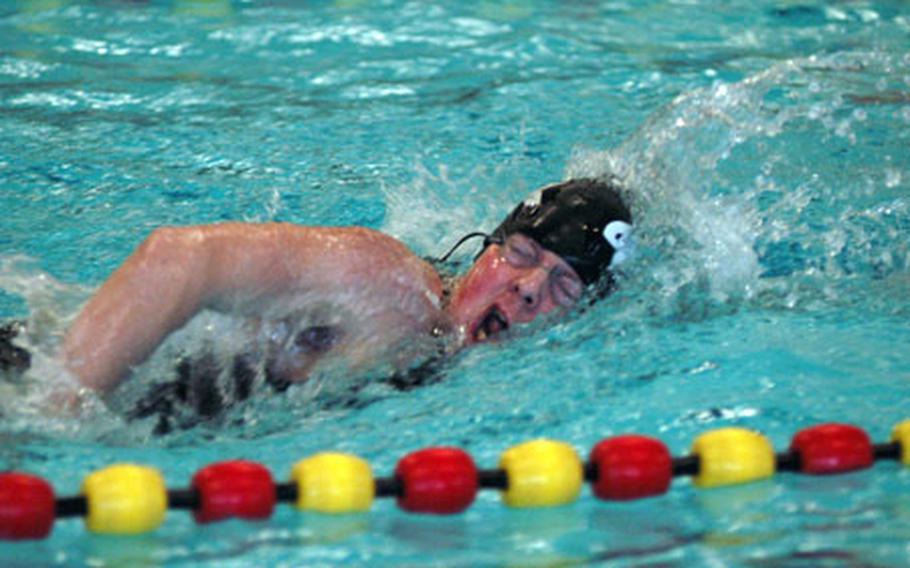 MUNICH, Germany &#8212; The European Forces Swim League&#8217;s 30th Anniversary championship tournament got under way Saturday with more than a half-dozen league records falling before dusk &#8212; and there is still another day to go.

Before the day was half over, Natalia Veray, 9, a member of the Naples Tiger Sharks, had broken two records in the 9-10-year-old girls group &#8212; one of them her own.

Since the beginning of the season, Veray has knocked some 23 seconds from the time for her 200 freestyle time, which, she said, is her biggest accomplishment.

Veray might not be in dire need of a swimming role model, but if she were looking for one, Teri Plotkin, the 17-year-old Kaiserslautern Kingfish who still holds the league&#8217;s 15-16-year-old record for the 200 freestyle, would be a good choice.

She still had to swim the 400 freestyle later Saturday and the 100 breast stroke on Sunday.

She pointed at one of her teammates who had dropped 15 seconds from his personal best in the 200 freestyle earlier in the day.

He&#8217;s aiming to take home the highest-points trophy at the end of the tournament. The award goes to the athlete with the highest cumulative points from various events. Swimmers participate in both individual and relay events.

Sunday&#8217;s activities begin at 9:10 a.m. with a parade of swimmers and presentation of awards to the league&#8217;s four divisional champions. Swimming starts at 10:15.