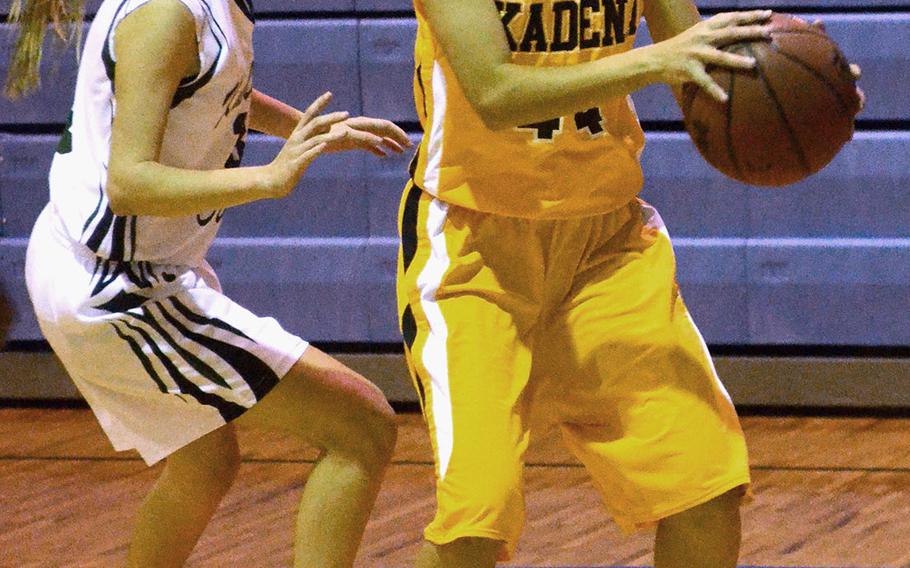 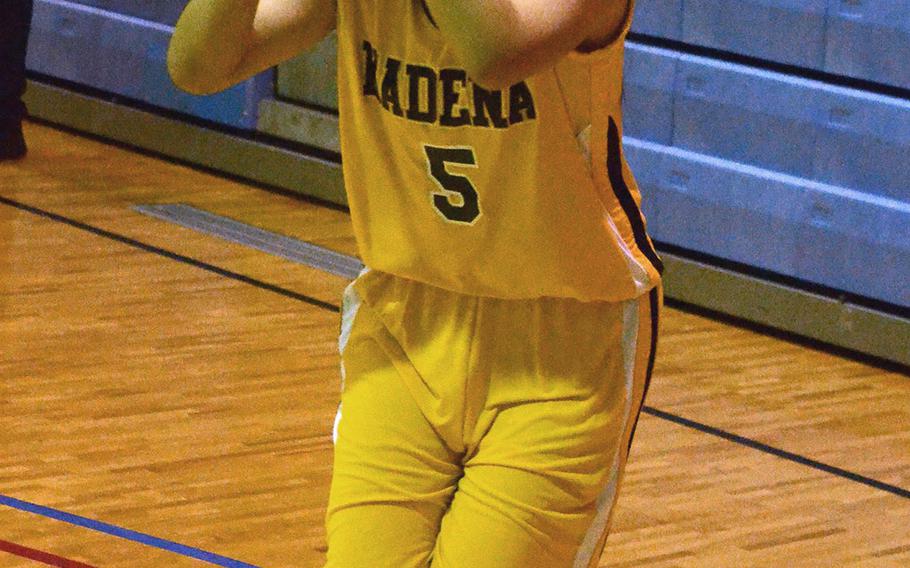 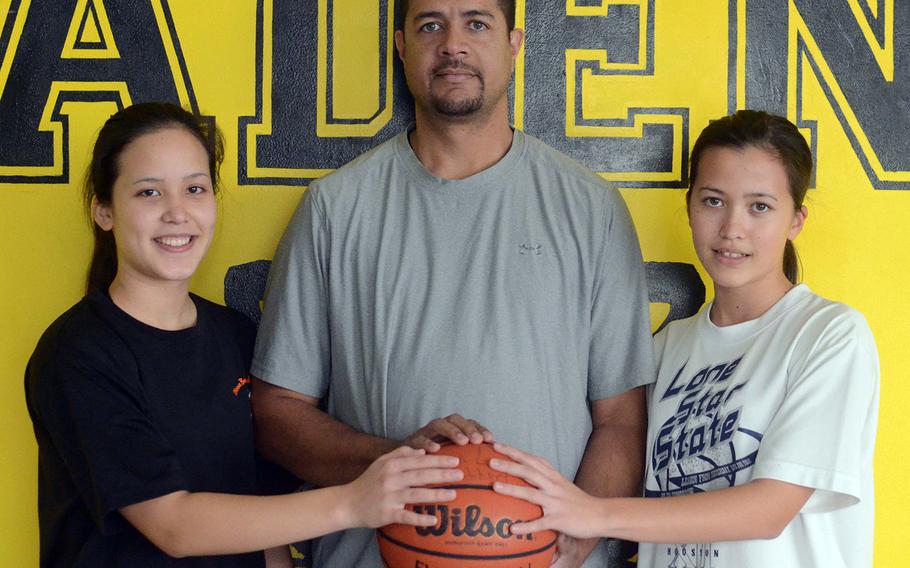 KADENA AIR BASE, Okinawa — Entrusting your offense to a freshman or sophomore is sort of like a student-driver being handed the keys to a Formula One or NASCAR motorcar. It doesn’t happen all that often.

But Willie Ware had absolutely no reservations, he said, about putting the Kadena Panthers girls offense in the hands of freshman Linda Vaughan, who comes from a basketball family and is Kadena’s starting point guard.

“She doesn’t play like a freshman,” Ware said of Linda, who becomes the third Vaughan since 2009 to suit up in the black and gold, following Maria — now the starting point guard at Pine Manor College — and Alicia, a junior shooting guard for the Panthers.

“She’s stepped in and is doing a great job of running the team for us,” said Ware, whose Panthers are 3-1 against high-school opposition, all games against Kubasaki. “She’s a coach’s dream; all three of them are. Whatever we’ve asked her to do, she goes out and does it.”

Ware says Linda possesses great court vision and sense, citing a pass she made through Kubasaki’s defense in the season-opening 46-39 win on Dec. 6. “She threaded the needle to Montaya (Jones) and I didn’t see the pass. She can see things that people don’t see. She’s very smart.”

Defensively, Linda is the team’s “stopper,” Ware said. After Kadena lost to Kubasaki for the first time in the regular season on Dec. 20, 48-42, Ware said that Linda asked that the next time they play, that she guard Dragons senior point Sydney Johnson, Kubasaki’s sparkplug.

“She wants the tough assignment,” Ware said. “She’s not afraid, she doesn’t back down from anybody, she moves her feet; she’s been in foul trouble once.”

Linda, averaging 10 assists per game, reminds Ware much of Maria toward the end of the latter’s sophomore year. “She’s better at this stage than when Maria was a freshman,” he said.

That would seem like heady talk for a freshman, but the Vaughans are well-educated in basketball.

Their father, Chris, a former Marine and 24-year veteran of the Exchange service who plays games for Japanese clubs off base, fueled his daughters’ interest in the game and sent all three of his daughters to Japanese schools until the ninth grade.

There, they learned the game by playing year-round, as Japanese schools do. They could have gone to DODDS schools, but in an interview two years ago with Stripes, the elder Vaughan said his family plans to keep its Okinawa roots well beyond their daughters’ graduations.

“Chris has done a very good job with those girls,” Ware said. “They’re very competitive and they don’t stop. They fight.”

Thus, Ware didn’t have to do much to develop their already developed games. While Linda handles playmaking, Alicia plays shooting guard and serves as one who spreads the floor with her three-point shooting.

“She gets down on herself after a couple of misses; as coaches, we have to pull her aside and tell her to keep shooting and encourage her,” Ware said of Alicia. “But once she start shooting, it’s lights out.”

“Linda has amazing ball skills and Alicia can shoot like nobody’s business,” Lopez said. Watching the two play “makes me want to improve myself … so I can be at [their] level.”

Though Ware considers Kadena to be in rebuilding mode, adding Linda could help the Panthers take the last step to a Far East Division I tournament that’s barely eluded them the last two years (second in 2012, third last year).

“We have three people from those teams,” Ware said. “They have some unfinished business. … It’s going to be tough this year because we’re rebuilding … but once the ball goes up, it’s anybody’s game.”