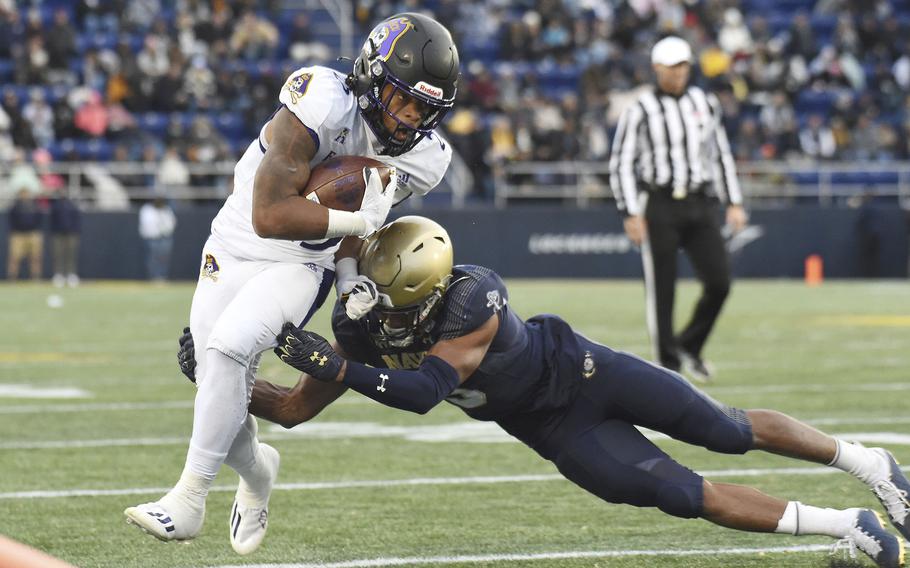 ANNAPOLIS, Md. — Owen Daffer drilled a 54-yard field goal as time expired to give East Carolina a 38-35 victory over Navy on Saturday night.

East Carolina's Holton Ahlers answered with a 28-yard touchdown pass to Tyler Snead about three minutes later to tie it at 35. The Midshipmen punted with 1:24 to play, and Ahlers connected with Snead on a 46-yard pass on the next play.

Ahlers was 27-of-32 passing for 405 yards and threw three touchdown passes. Keaton Mitchell carried the ball 18 times for 94 yards and had a 10-yard touchdown run for the Pirates.