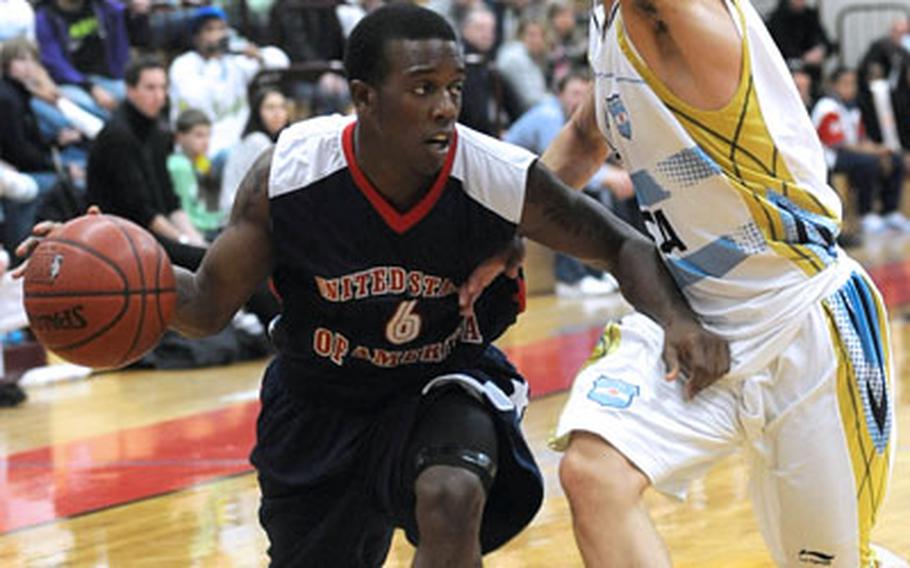 Farooq Muhammad of the United States looks to pass to a teammate as he drives against Argentina&#39;s German Abel Ressia. The U.S. beat Argentina 61-53 Monday night to stay alive at the Albert Schweitzer tournament in Mannheim, Germany. (Michael Abrams / S&S)

Farooq Muhammad of the United States looks to pass to a teammate as he drives against Argentina&#39;s German Abel Ressia. The U.S. beat Argentina 61-53 Monday night to stay alive at the Albert Schweitzer tournament in Mannheim, Germany. (Michael Abrams / S&S) 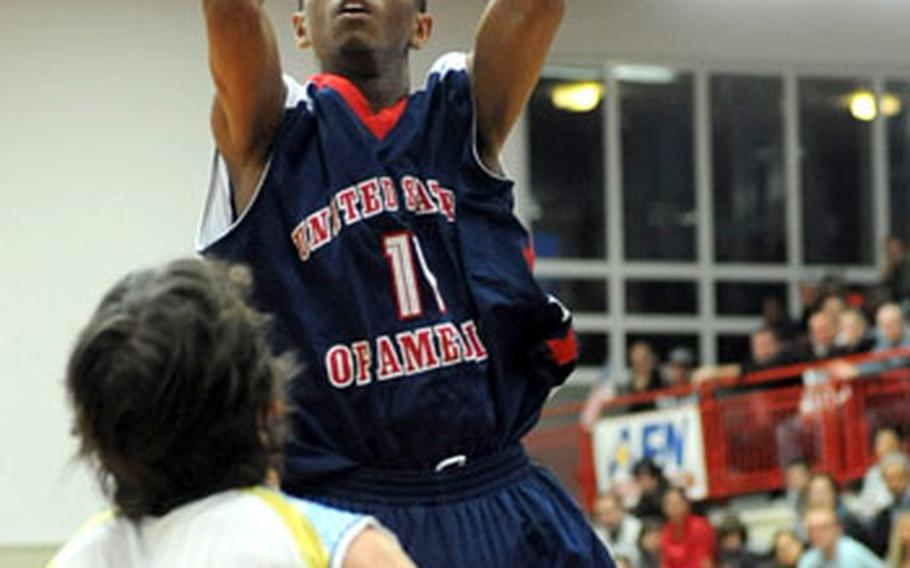 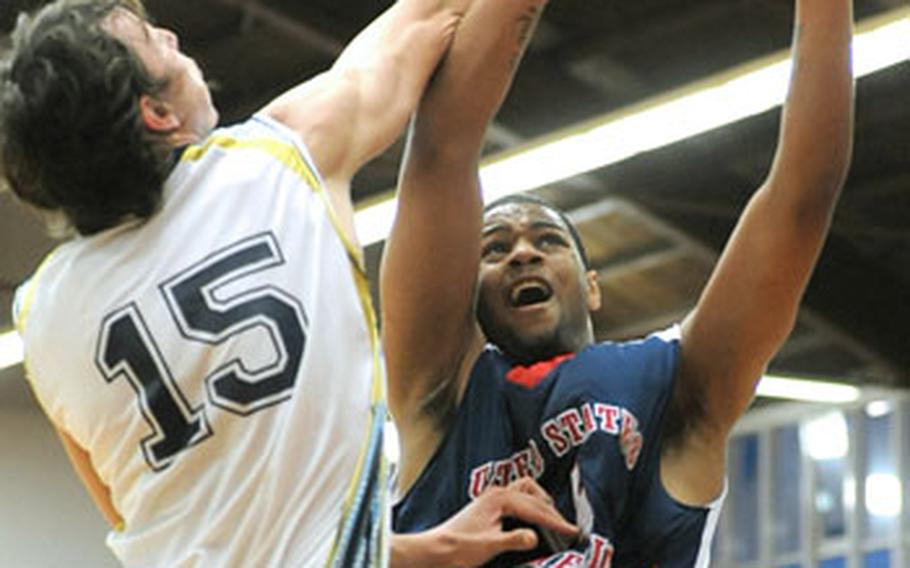 MANNHEIM, Germany &#8212; Their backs to the wall in just their seventh day of existence Monday night, the U.S. Albert Schweitzer team responded with a 61-53 pool-play victory over Argentina that landed the Americans in the medal round of this biennial international youth basketball tournament.

Ryan Boatright of East Aurora, Ill., High School scored a game-high 21 points, and Kevin Ware of Rockdale County, Ga., High School added 14 as the Americans put together their best game of the tournament.

But the real story came at the other end of the floor, according to U.S. coach Larry Krystkowiak.

The defensive stand was a measure of the Americans&#8217; determination not to be relegated to the bottom eight of this 16-team event, 15 of which are junior national teams. A loss on Monday would have dropped the Americans into that status.

The U.S. stayed very much in the running for a record 11th AST gold medal, which would be their first since 1996 in a game in which they never trailed. For the first time in this year&#8217;s event, the U.S. outrebounded an opponent (44-39), completing a 180-degree turnaround from last Thursday&#8217;s exhibition loss to the German National Under-18 team. In that one, the Germans grabbed two rebounds to every one the Americans pulled down.

The Americans also avoided the foul problems that plagued them against France, another sign of their growing cohesion in playing team defense.

There&#8217;s still a long way to go, however. The Americans and Croatia advance to the next pool, joining unbeaten Spain and Australia. The top two among those four qualify for Friday&#8217;s semifinals. The U.S. is to play Spain at 8 p.m. Wednesday and Australia at 8 p.m. Thursday. Both games are scheduled for the BFV Sports Arena here.