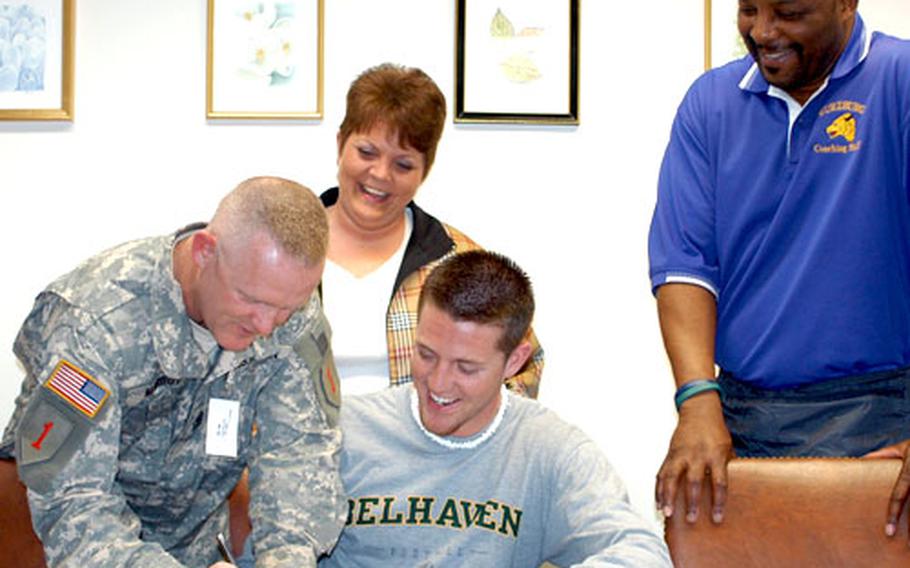 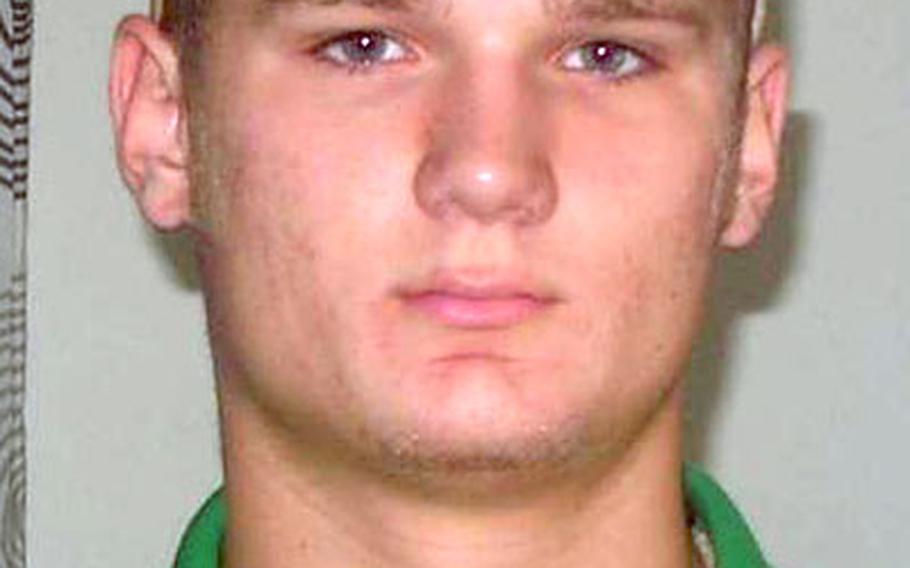 Marbut, called &#8220;the best wide receiver in DODDS&#8221; by his coach, Allen Archie, averaged more than 20 yards for each of his 35 receptions and scored eight touchdowns last fall.

This fall, Marbut will get a chance to be the best wide receiver in the NAIA Mid-South Conference for the Belhaven Blazers, the second-rated passing team in NAIA Division II in 2005 under head coach Don Lee.

Both players circulated highlight videos of themselves to prospective schools, they said. In addition, Marbut said he made a recruiting visit to Belhaven in February.

Lindsay, however, got off to a late start that effectively excluded him from major colleges, most of which complete recruiting on national signing day in February. Scouts Inc., a national rating service for high school players, had ranked Lindsay as the 98th best quarterback prospect in the nation.

Lindsay&#8217;s father, Jerry, wrote in an e-mail to Stars and Stripes that he had trouble getting good-quality film from Patch and had to put together a 10-minute highlight video using film from Patch opponents.

He said a Miami assistant told him about the NAIA, the national association of small-college athletic programs.

The quarterback said by telephone Monday that a talk with Briar Cliff&#8217;s head coach, Dick Strittmatter, led him to pick the school. &#8220;He told me I could come in and have a chance to compete for the starting job,&#8221; J.D. Lindsay said.

Even though NAIA programs don&#8217;t offer full-ride scholarships of the type Hanau&#8217;s Malcolm Lane received last month from the University of Hawaii, they can put together attractive packages, Jerry Lindsay wrote.