Twins could face each other for Pacificwide hoop title 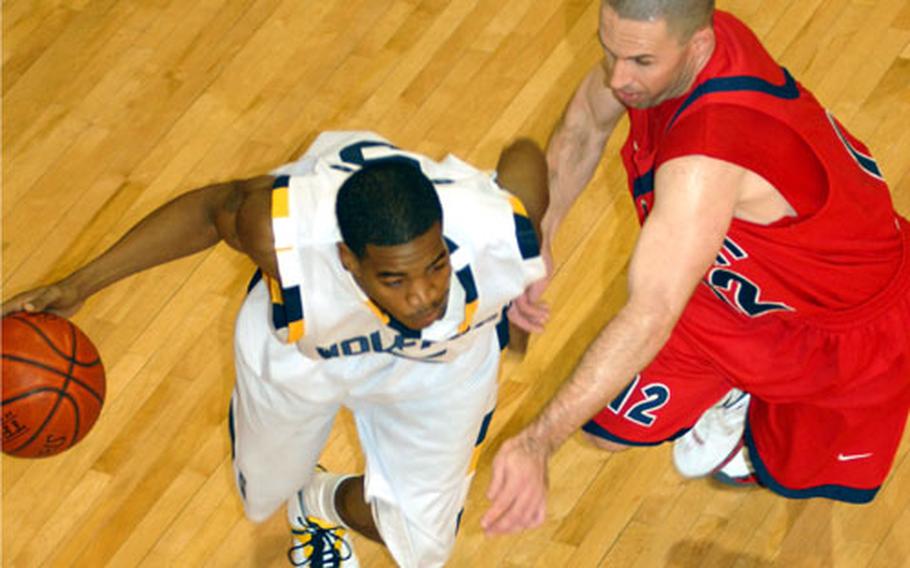 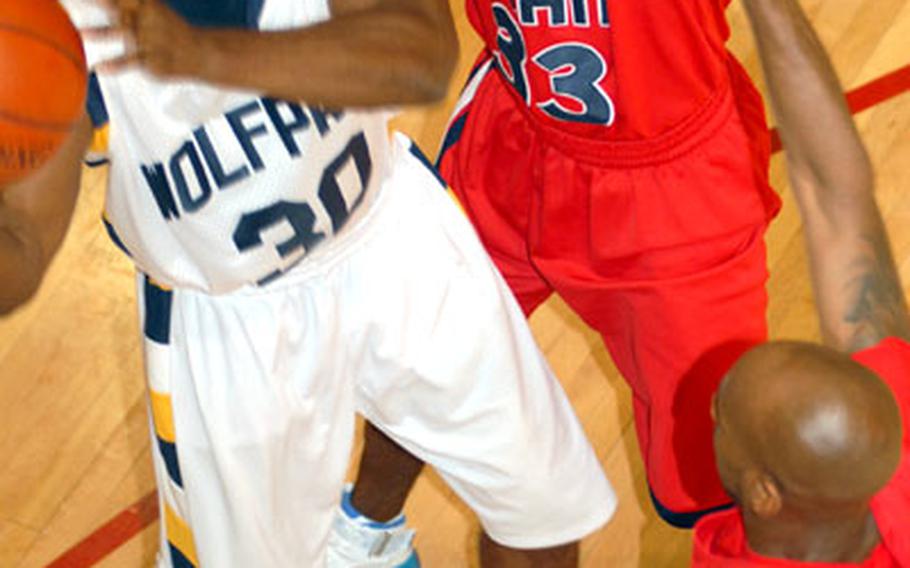 They played high school and college ball together and joined the Air Force together in 1991. They even hold the same rank, technical sergeant.

Now, 15 years after they took that oath of enlistment, the 6-foot-4, 220-pound post players are rivals, facing each other for the first time, William playing for the host Osan Defenders and Wayne for Okinawa&#8217;s Kadena Falcons, each entering the tournament unbeaten and harboring hopes of capturing the title.

The Mobley twins grew up in Philadelphia, played for Abraham Lincoln High School, then briefly at Alvernia College, a liberal arts school in Reading, Pa., before joining the Air Force via the &#8220;buddy system,&#8221; which kept them together through basic training and technical school.

They would see each other from time to time while on leave, but not until William got assigned to Osan&#8217;s 51st Civil Engineering Squadron this year did he get the opportunity to face Wayne, with Kadena&#8217;s 18th Mission Support Squadron, on the court. The Defenders are expected to travel to Okinawa in March for the Kadena Klassic as well.

Though they&#8217;d not faced each other in competitive play before the Osan tournament, they did go one-on-one back in the day in their old neighborhood.

Wayne&#8217;s main strength, as he tells it, is working inside on the boards.

William considers himself more of a cerebral player.

Even with so much at stake, the brothers still give each other tips and hints to improve their game. Wayne has watched most of William&#8217;s games in the tournament, and vice versa.