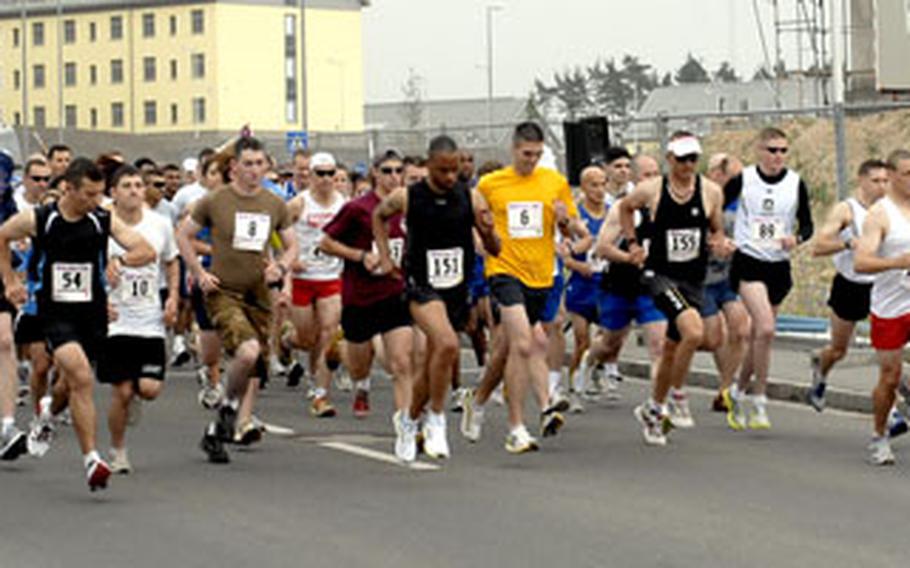 Runners from around Europe participated in the U.S. Army Europe Ten-Miler conducted by Installation Management Command-Europe at Grafenwöhr, Germany, on Saturday. The top six active-duty Army men and Army women finishers qualify for the Army Ten-Miler in Washington in October. (Mark Abramson / S&S)

Runners from around Europe participated in the U.S. Army Europe Ten-Miler conducted by Installation Management Command-Europe at Grafenwöhr, Germany, on Saturday. The top six active-duty Army men and Army women finishers qualify for the Army Ten-Miler in Washington in October. (Mark Abramson / S&S) 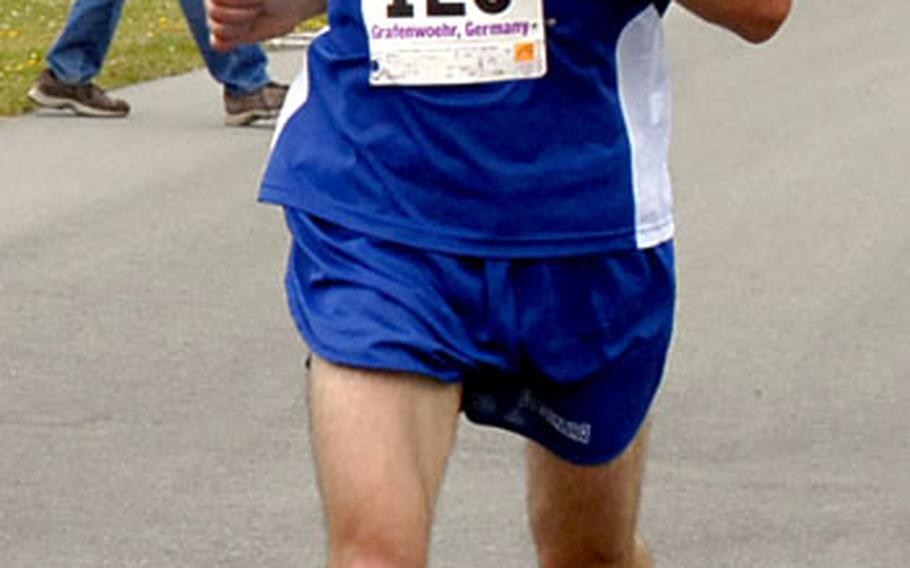 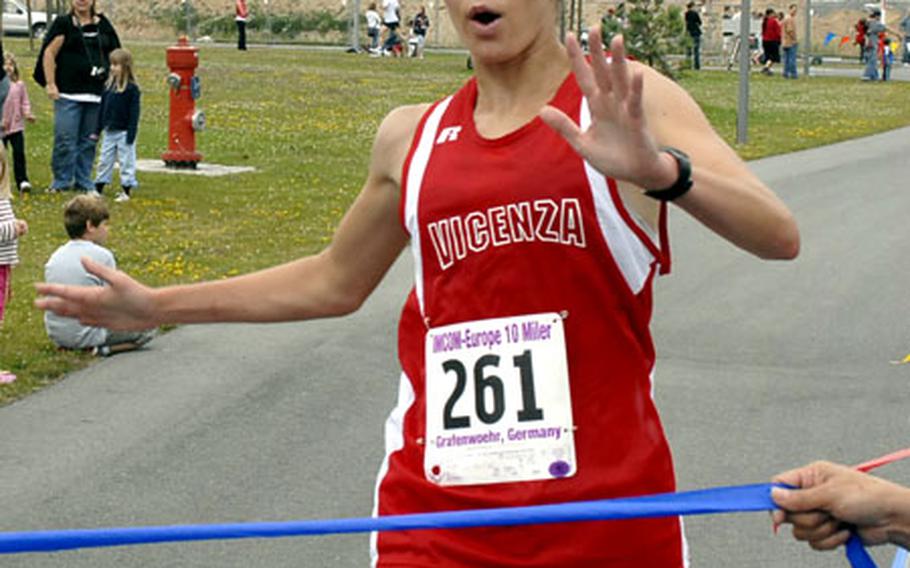 The race was a qualifier for the Installation Management Command&#8217;s Army Ten-Miler in Washington, D.C. The top six active-duty Army male and female finishers will compete in that race Oct. 4.

Staff Sgt. Kirk Madgic was the top finisher among male soldiers with a time of 58 minutes, 46 seconds.

Madgic, a member of the 173rd Airborne Brigade Combat Team based in Vicenza, said his finish was a first for him.

"I&#8217;ve never finished first, not for the Ten-Miler," said Madgic, 44. "I usually try to do a marathon a year. That keeps me fit. I like to be able to still beat the younger guys, but it is more about personal goals."

Madgic, who hails from Palo Alto, Calif., said he expects that his adrenaline will really be pumping when he gets to Washington, and that should help shave time off the run.

Feagin, who is assigned to Headquarters, U.S. Army Garrison Livorno, will be leaving the Army before the October run and won&#8217;t be able to participate. But that didn&#8217;t keep her from having fun Saturday.

Other runners participated just to do it, not expecting to qualify for Washington. A women&#8217;s group called WOW Frau, for Winning Our War, ran to build camaraderie. About half of the 11 women in WOW Frau have husbands who are deployed.

"We as military Army wives have our own wars," said Jane Balisky, who was clad in a pink shirt, like the other women in WOW Frau. "Running gives us energy. Running takes away our stress. Our goal was to finish. We found out about the Army Ten-Miler and we said let&#8217;s do it."

If any of the top six Army finishers are unable to compete in Washington, they will be replaced by the next-highest finishers, assuming those runners also beat the minimum qualifying time.

And they are optimistic about the race in Washington. Last year the men&#8217;s team from Europe finished third against its peers from around the globe, and the women finished ninth.

"I think we did a better job this year of publicity," said Jim Mattingly, IMCOM-Europe&#8217;s sports, fitness and aquatics director.

"We got additional soldiers back who were deployed last year."

This event has become the biggest individual sporting event for IMCOM-Europe, he said.

He added that Grafenw&#246;hr is the ideal location to hold the run because the base&#8217;s geography lets IMCOM-Europe have the course on base.