Senior sprinter Regine Tugade of John F. Kennedy High School on Guam is the Pacific record holder in the 100- and 200-meter dashes, with times of 12.26 and 25.52 seconds. Her personal best in the 200 is 25.28, which she ran during an international competition. (Photo courtesy of Guam Sports Network)

Senior sprinter Regine Tugade of John F. Kennedy High School on Guam is the Pacific record holder in the 100- and 200-meter dashes, with times of 12.26 and 25.52 seconds. Her personal best in the 200 is 25.28, which she ran during an international competition. (Photo courtesy of Guam Sports Network) Nile C. Kinnick senior Aya Stewart is one quarter of the Red Devils team that set the Pacific record in the 1,600 relay in the Far East meet in 2013, and is hoping to top her old teammate Val James' Far East record in the 400. (Shane Hernandez/Special to Stars and Stripes) 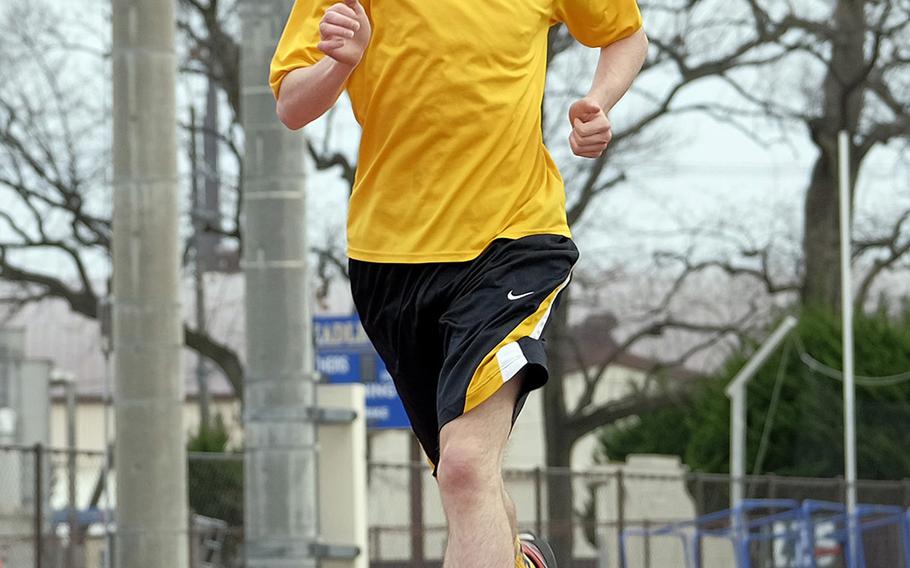 Yokota senior Daniel Galvin holds the Pacific records in the 800 and 1,600 and is also taking aim at the 42-year-old 3,200 mark. (James Kimber/Stars and Stripes) 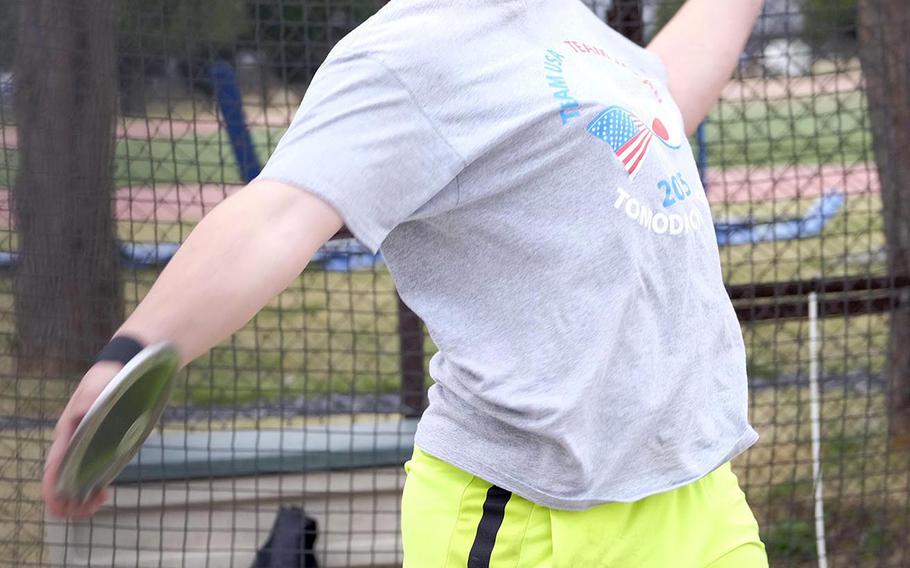 Yokota junior Chris Sonnenberg holds the Pacific record in the discus with a throw of 51.99 and is hoping to reach as far as 58 meters during the season. (James Kimber/Stars and Stripes) Kubasaki senior Kaelyn Francis has her eyes set on retaking the 200-meter Pacific mark she held for a little over a week from Regine Tugade of Guam's John F. Kennedy High School, who seized it from Francis last May 29. (Miranda Fino/Special to Stars an) 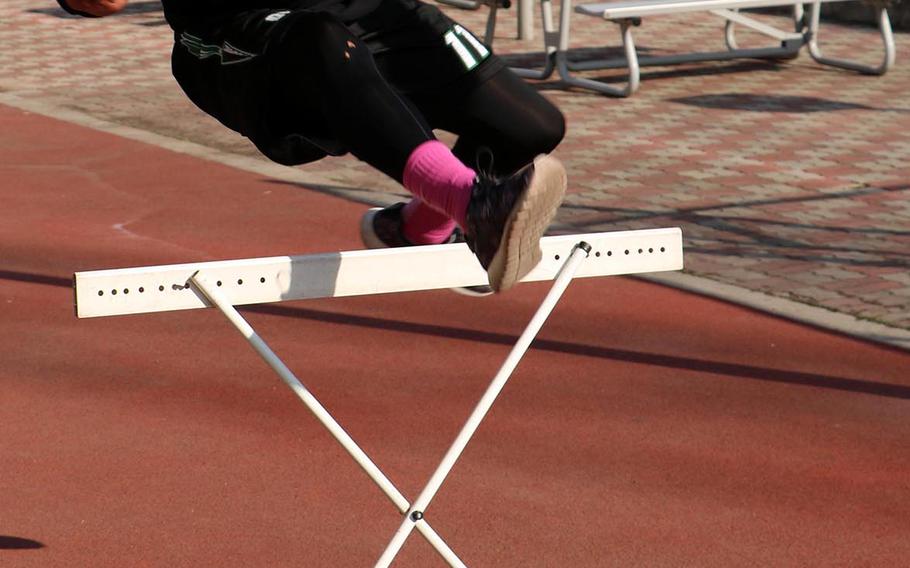 DeAndre Rosalie, a senior at Daegu, gets in some hurdle drills, Tuesday, March 15, 2016. (Joone Abaya/Special to Stars and) It’s not often that the start of a Pacific high school track and field season sees six present or former holders of region records poised to post even better times or marks.

But that’s the narrative entering the 2016 season, which begins Saturday with meets at Zama, Humphreys and Kadena.

Daniel Galvin and Chris Sonnenberg of Yokota, Aya Stewart and Jabari Johnson of Kinnick, Regine Tugade of John F. Kennedy on Guam and Kaelyn Francis of Kubasaki are those record headliners seeking things even more grand.

And having run a sub-16-minute time in the 5-kilometer portion of January’s Frostbite Road Race at Yokota, Galvin believes it possible. He also wants to chase the 42-year-old 3,200 mark of 9:31.

But he also knows the distance field could be quite crowded, with such luminaries as Evan Yukevich of American School In Japan and Johnathon Johnson of Kubasaki taking aim at the same pot of gold.

“There’s plenty of competition out there to give me a run for my money,” Galvin said. “I’m keeping my goals within reach, keeping the competition in mind, but I’m also confident in myself.”

Sonnenberg, a junior, tossed the discus 51.99 meters last season, beating a mark of 50.65 set in 1988. Sonnenberg feels that a throw much longer is possible with work.

“I’m hoping to go 58 meters, but I am really focused on becoming a better athlete and thrower,” he said, adding that a throw of 55 would still be good. “I’ll still be happy with it because I want to get ready for the next level of competition.”

Avoiding injuries, working on the explosiveness of his finish and staying in the weight room will all contribute to his goals, he said. “I need to keep doing what I’ve been doing,” Sonnenberg said.

Both he and Galvin are hoping to make their way to Okinawa for what will likely be the only in-season open meet of the campaign, the 12th Mike Petty Memorial meet at Kubasaki. Athletes from any school may enter, even if they’re the lone representatives of their schools.

Galvin said his family will be vacationing on Okinawa during the spring break, the first day of which coincides with Petty.

One present and one former record holder in the 200 could end up going head-to-head at Petty – Francis and Tugade. Francis ran a 25.73 to set the Far East meet and Pacific records last May 22, but Tugade broke the latter mark with the 25.52 in the Guam island championships on May 29.

“I’m really excited for the Mike Petty meet,” Tugade said. “I’m looking forward to racing against the top runners there.”

It takes a lot, Tugade said, to run that quickly, and she has been training since December to cross the line sooner. “I just need to keep working hard in and out of practice,” she said, adding that she needs to work on upper body and core strength.

But Francis also has her eyes on the prize as well, Kubasaki coach Kenneth Gipson said. “She is extremely motivated to take the record back,” he said, adding that to have Tugade there gives Francis “somebody she can really compete with, who has competed at the international level.”

“It would be an honor to be able to have my name mentioned in the same breath as hers in terms of breaking any records,” Stewart said.

Kinnick is the defending Division I combined team champion, and the Red Devils are also taking aim at a title repeat, she said.

“As long as we win and score 10 points for our team, I’ll be very happy,” Stewart said.