Top wrestlers take to the mat at Wolfpack Holiday Classic 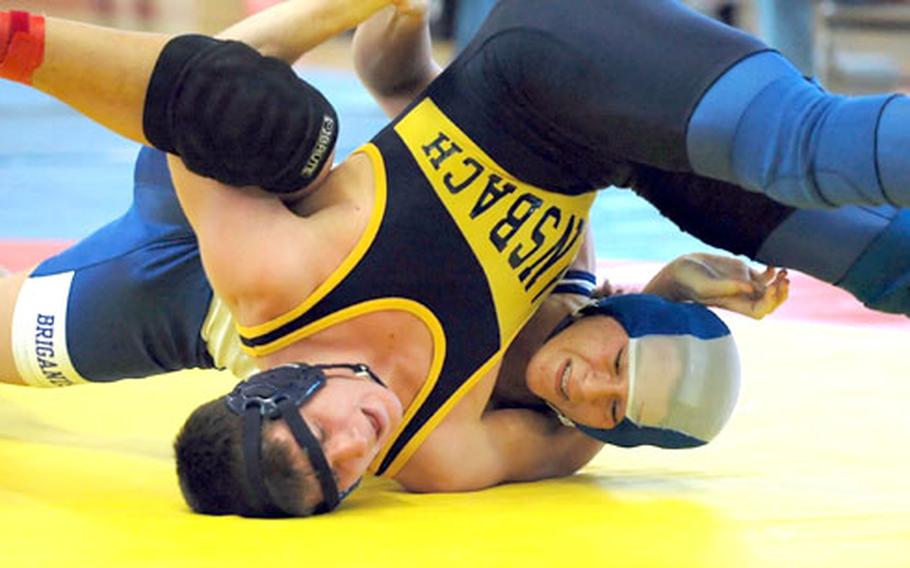 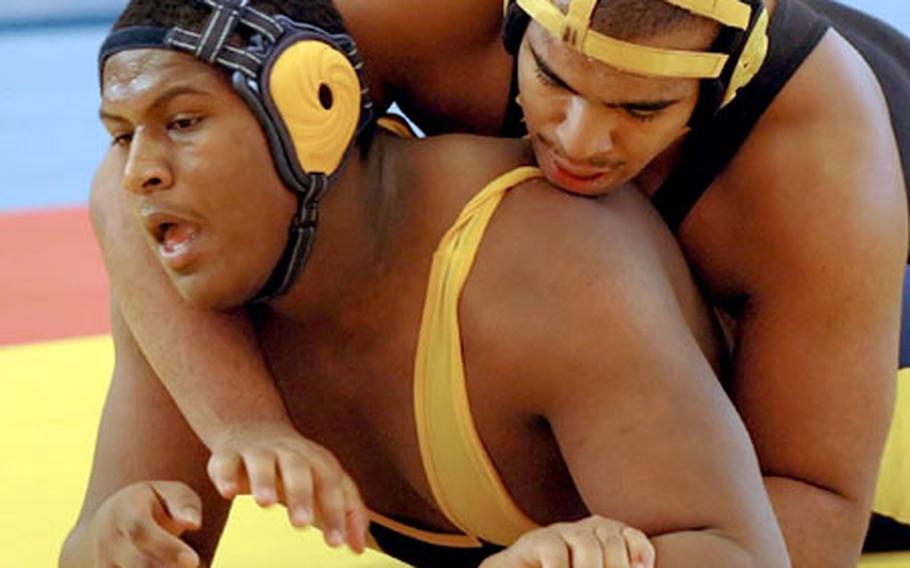 Wiesbaden&#39;s Gregg Surpris, bottom, tries to get out from under Patch&#39;s Brian Bowles during their 275-pound semifinal match. Bowles won on points in overtime. (Raymond T. Conway / S&S) 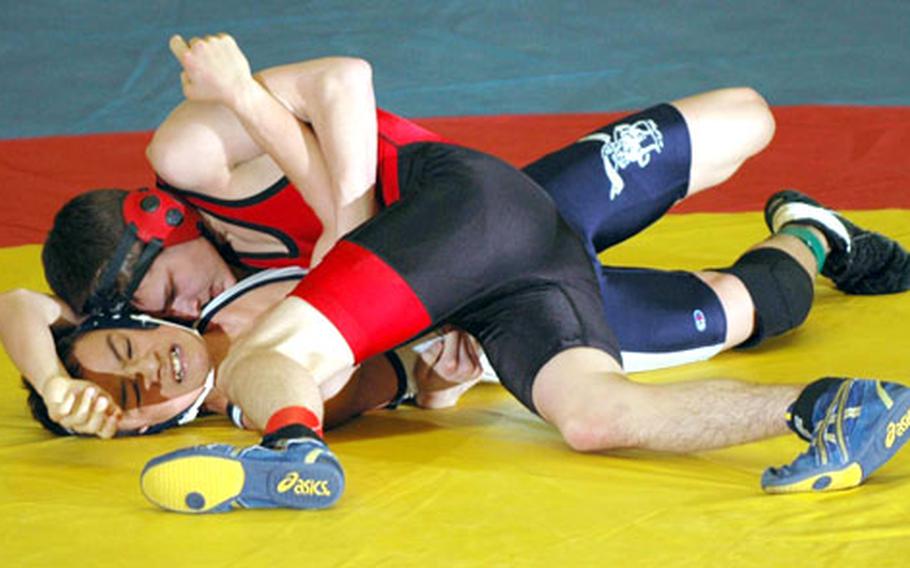 (Summaries at end of story)

W&#252;RZBURG, Germany &#8212; Revenge was a main theme Saturday as some of DODDS-Europe&#8217;s top wrestlers got together for the 13th annual edition of the Wolfpack Holiday Classic.

To prepare for this season, Isbell spent the summer working with a Brussels freestyle club that had him training with more than just Belgian champs.

Like all the athletes here, Isbell knows one match does not a season make.

The 140-pound final also matched a European champion and a runner-up, but of different weights. Devon Gardner of Bitburg, last year&#8217;s runner-up at 130, defeated the 125-pound king, Jesse Painter of W&#252;rzburg.

Gardner, who had defeated the 145-pound European runner-up Tony Gagnon of Wiesbaden his last time out, won 12-4. Gagnon joined Gardner as a champion here with a fall in 1:50 over Andrew Hoffman of Heidelberg in the 145-pound division.

No one knows that better than Cole McClain of Menwith Hill. McClain, who lost a 6-4 decision to Karl Saucier of Ramstein in last year&#8217;s European 140-pound title bout, claimed the 152-pound crown here with a dominating decking of Heidelberg&#8217;s Andre Aleong at the 4:11 mark.

Also looking toward the Europeans are several other 2004 Wolfpack champions: Seth Romero of Menwith Hill at 112, Paul Moseman of Brussels at 119, and Jim Curtis of W&#252;rzburg at 189.

Moseman, younger brother of former Brussels champion Zach, posted 19-9 and 18-1 victories in his two matches. He saw the technical falls as preparation for Europeans.

&#8220;This tournament shows all the talented wrestlers,&#8221; he said, a sentiment echoed by Curtis.

Golden, who was trailing Curtis 9-0 at the time of the fall, had beaten him the previous week, Curtis said. &#8220;I wanted to make sure I beat him in our home tournament.&#8221;

However, 215-pound champ Mike Ewing of Ansbach, who flattened Chris Garcia of Wiesbaden in 3:38, has an outlook teammate Golden can adopt to ease the sting of losing here.

&#8220;I look on all these tournaments as practice for Europeans,&#8221; said Ewing, who admitted to some disappointment that flashy newcomer Cole Maxey of Ramstein, a Far East champion, skipped the Wolfpack.

Another Ramstein newcomer made the field &#8212; and an impression.

Freshman Coty Reinhart, who spent the past three years winning middle school tournaments in Ohio, spent precisely 1:13 on the mats Saturday in winning his two bouts and the 135-pound championship. That probably wouldn&#8217;t happen in Ohio, but Reinhardt&#8217;s not complaining.

Results Saturday from championship-bracket matches in the 2004 Wolfpack Holiday Classic wrestling tournament at the Leighton Barracks gym (forfeits not included):