Kaitlyn Oppenheim from Brussels digs out a ball late in her team&#39;s three-game sweep against Bamberg on Friday. (Ben Bloker / S&S)

Kaitlyn Oppenheim from Brussels digs out a ball late in her team&#39;s three-game sweep against Bamberg on Friday. (Ben Bloker / S&S) 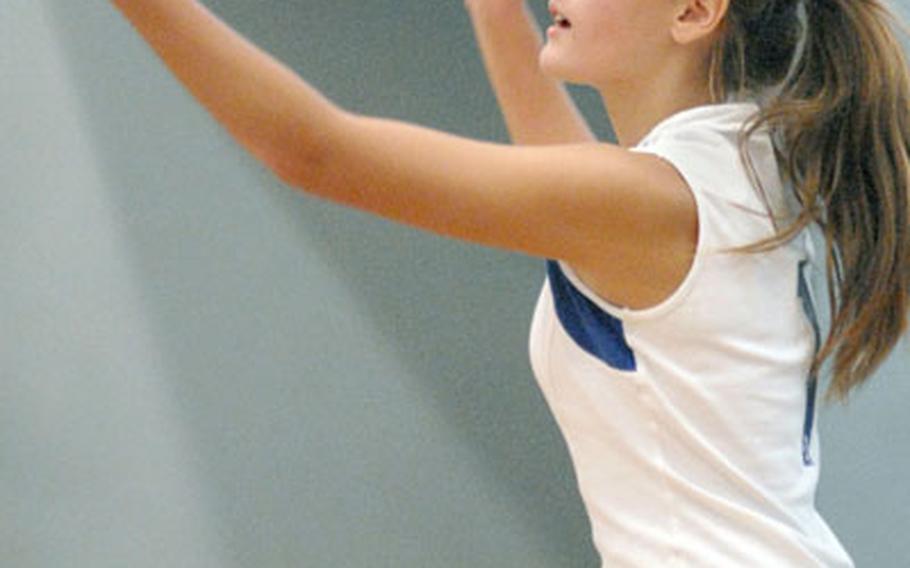 Nathalie Graves from Milan makes the winning serve during the third game against Alconbury on Friday. (Ben Bloker / S&S) 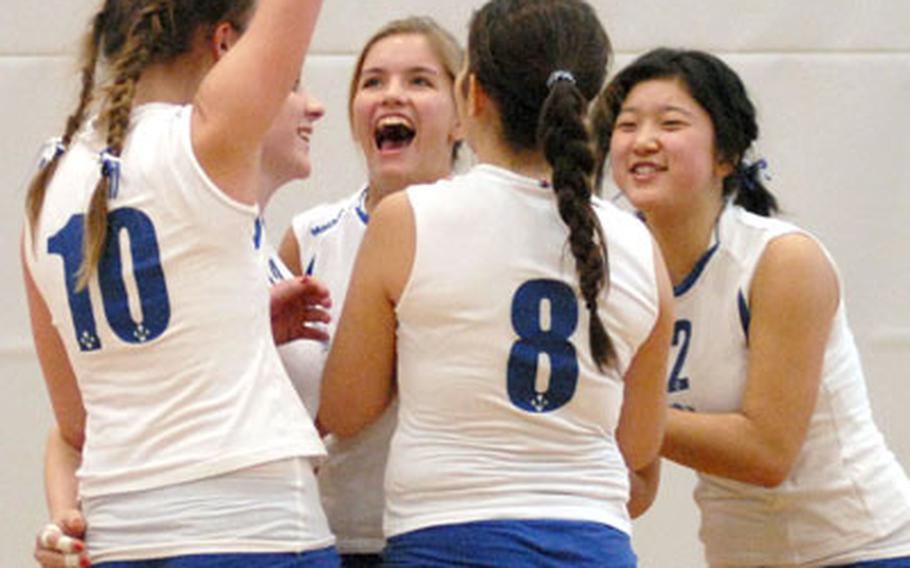 Ramstein already was ensured of a berth in the title game going into its final preliminary match. Now the Lady Royals, the lone unbeaten team in any division, will put their undefeated (16-0) season on the line again at 3:30 p.m. at Vogelweh gym here.

&#8220;We&#8217;re willing to play anyone,&#8221; Ramstein captain Jayci Cachuela said when asked if she had any preference for a final opponent.

Heidelberg overcame deficits of five points in each game against Patch. Courtney Buchwald posted four kills in Heidelberg&#8217;s last 10 points in the second game, including the final two to break a 23-23 tie.

In Division II, defending champion and top-seeded Aviano stayed on pace for the final with a straight-sets quarterfinal victory over SHAPE. The Saints were to play No. 2 Vilseck in a late semifinal Friday.

BFA vs. Milan, lateNaples vs. Aviano