Tigers now have numbers to put up more numbers on scoreboard 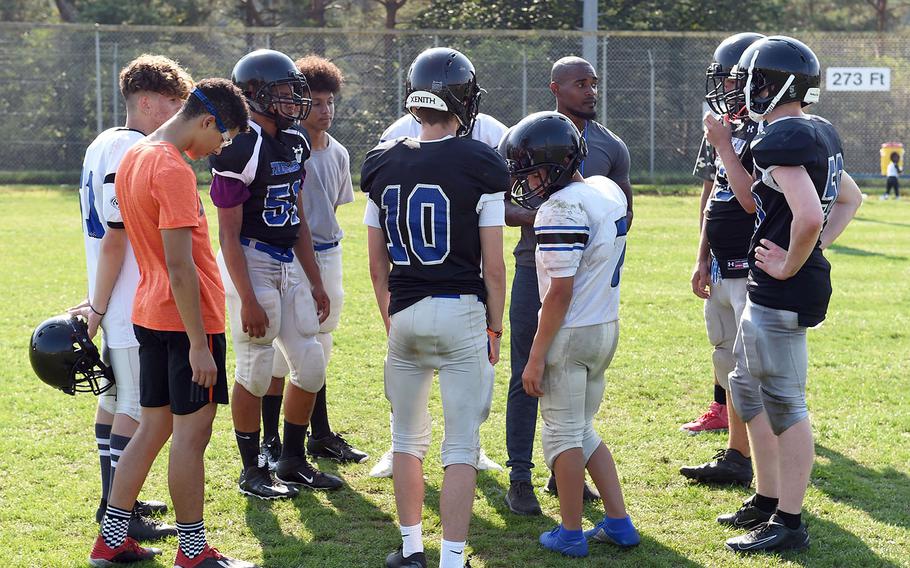 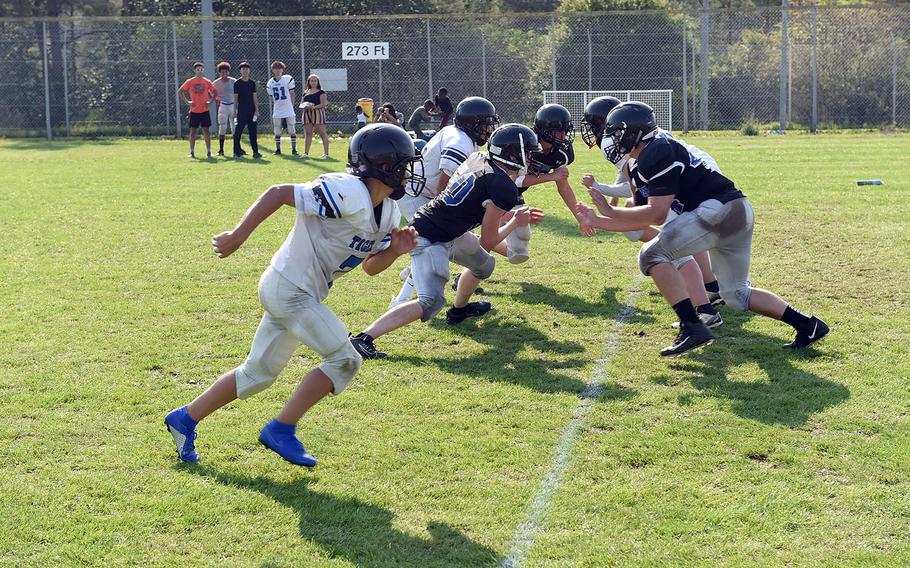 Buy Photo
Hohenfels Tigers face each other during practice on Wednesday, Aug. 28, 2019. (Martin Egnash/Stars and Stripes) 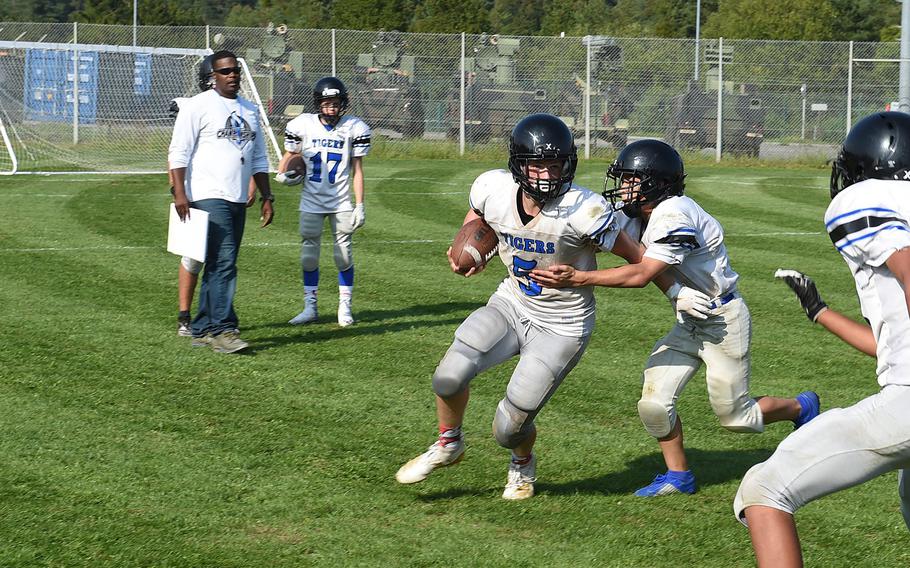 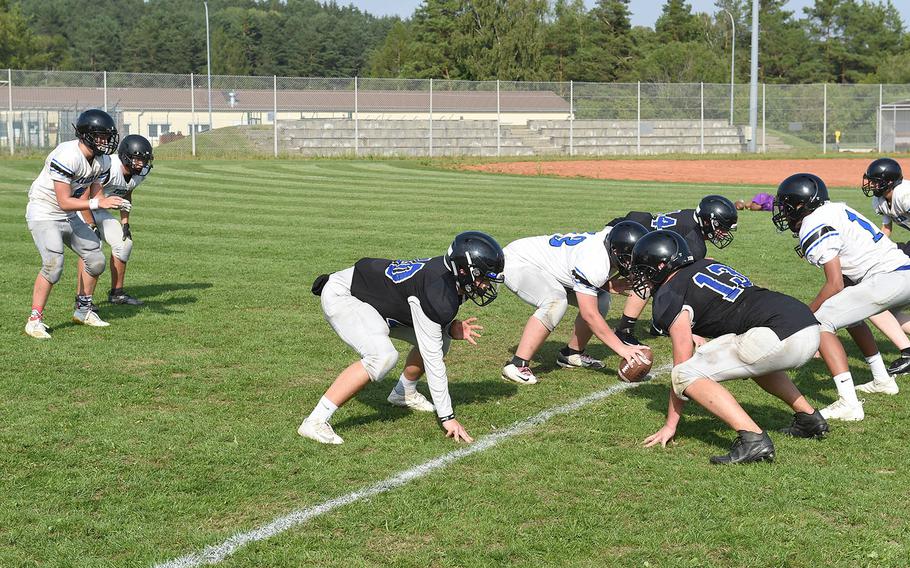 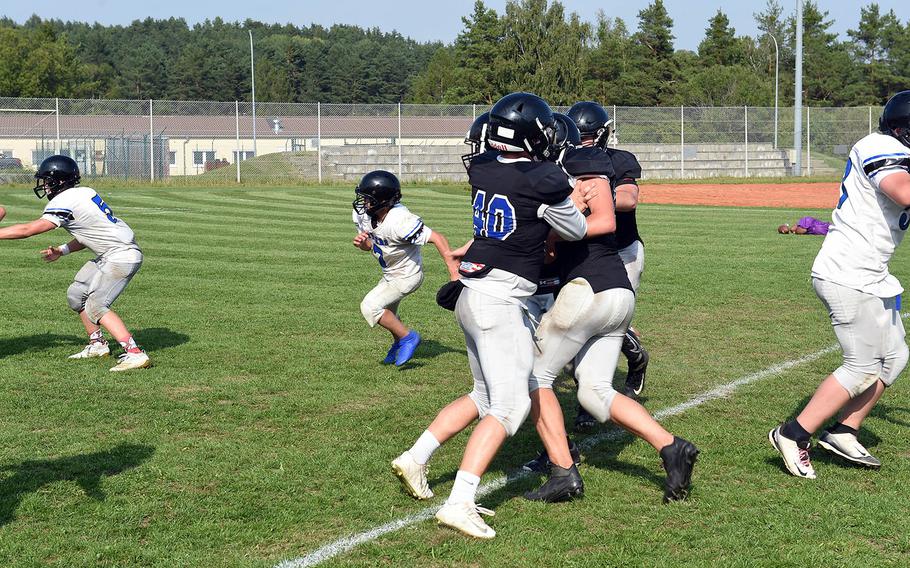 Seventh in a series of DODEA-Europe high school football previews.

HOHENFELS, Germany — The Hohenfels Tigers will enjoy almost twice as many players as last year, and they will be playing in a brand-new stadium this season.

The Tigers ended last year with only nine players left playing. This year, Hohenfels will field 17 players for the six-man football season.

The additional players, at a time when many of the nearby schools have smaller teams than in years past, will give the Tigers several advantages, according to head coach Richard Baker.

The extra manpower has given the Tigers a separate offense and defense, so players don’t have to play both sides, something the team was missing last year. This gives the players more rest during games, Baker said.

“We used to have players going both ways, and they were exhausted,” Baker said.

Having more teammates also gives the Tigers more reserves on the sidelines for when they overexert themselves and need some rest, Baker added.

Though their positions are yet to be determined, the tall, solidly-built kids know what they’re doing, and have been leading the others through practices, Baker said.

Young is easily the smallest player on the team, but is extremely fast, and doesn’t let his size get in the way of knocking down bigger opponents, Baker said.

“He isn’t afraid of anything. He’ll run right in there and try to knock you down,” Baker said.

However, practice hasn’t been as easy as it could have been this summer for the Tigers.

Hohenfels has sprung for a new football field and stadium, so they’ve had to practice wherever they can, including soccer and softball fields, sometimes fairly far away from all the football gear they are used to training with.

“It’s been difficult,” Baker said regarding playing football on a softball diamond. “But we’re really looking forward to the new field.”

The stadium is scheduled to open in a few weeks, so the Tigers should have it for most of the season.