Third time a charm in D-II 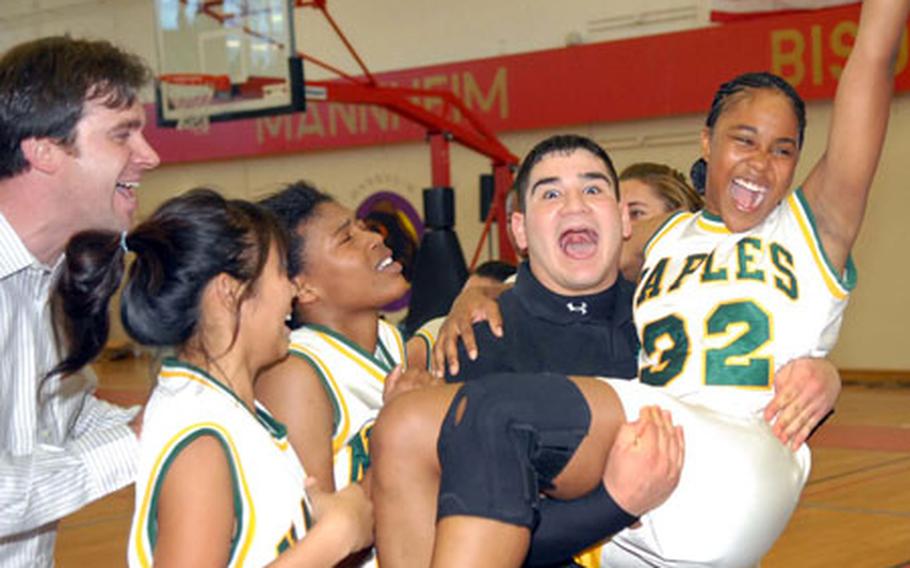 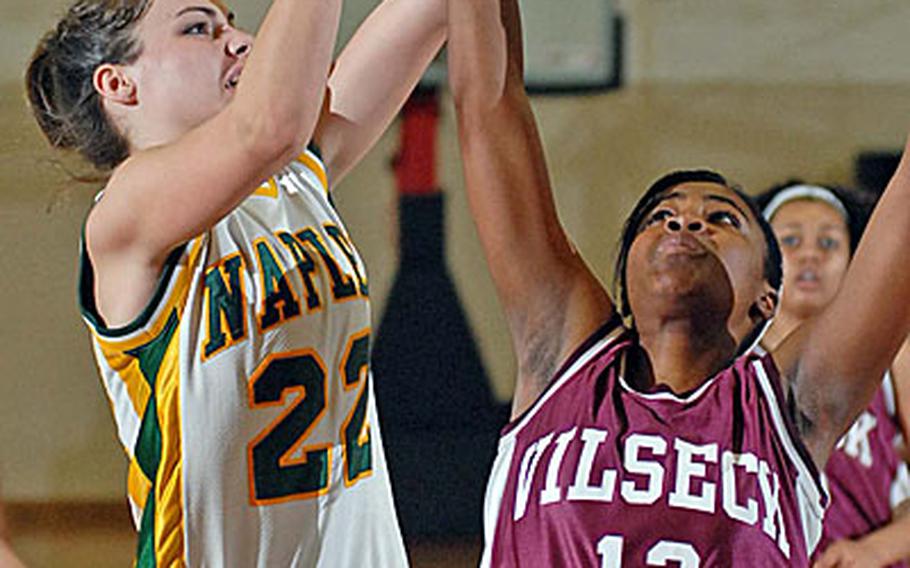 For the Naples girls, who had battled back from a 14-point halftime deficit and survived potential game-winning shots in the first two extra periods, four more gut-wrenching minutes were no sweat.

The Wildcats sucked it up one more time, scored a few more big baskets, made the needed defensive stops, and vanquished Vilseck on Saturday to win the DODDS-Europe Division II girls title game, 58-51.

Freshman point guard Darien Moon scored 17 points, including two key baskets in the third overtime. Nyrika Davis added 15, all in the second half and overtime.

The Wildcats (18-1) overcame a Vilseck team that had won 17 of 19 games, including five blowouts in the tournament, and 20 points by the Falcons&#8217; Ashley Hicks.

The players accepted the challenge.

For Vilseck, it was a championship that got away. It scored the first 10 points, as its press caused problems for Naples.

Hicks, a 5-foot-11 center, took over in the second period, scoring five baskets with board-crashing put-ins and turnaround jumpers.

After Cathy DelaRosa stole the ball off the press, leading to a quick hoop by Alania McKinnis to make it 21-7, Lord called a timeout with 5:11 left in the half.

Naples started coming back, basket by basket, until Valentina Lee put back an offensive rebound with 1:10 left in the fourth quarter, giving the Wildcats their first lead of the game, 41-40.

McKinnis scored with 35 seconds left off a pass from Tamara Hollis, who was sprawled on the floor, to tie it 43-43 and force OT.

Vilseck had two chances to win in each of the first two overtimes. At the end of the first, DelaRosa drove the lane hurried a shot that was off the mark. At the buzzer of the second OT, Tamara Hollis&#8217; put-back hung on the rim, but eventually rolled off.

The teams kept slugging. Bodies crashed to the floor going after loose balls. Moon looked like she was going to collapse and had to be carried by teammates to the bench during timeouts.

But the 5-foot-5 freshman sucked it up to make the biggest baskets of the game.

She broke a 49-49 tie with a baseline jumper, then after a basket by teammate Maretie Wagner, drove the lane for a running jumper to make it 55-49 with 1:30 to play.