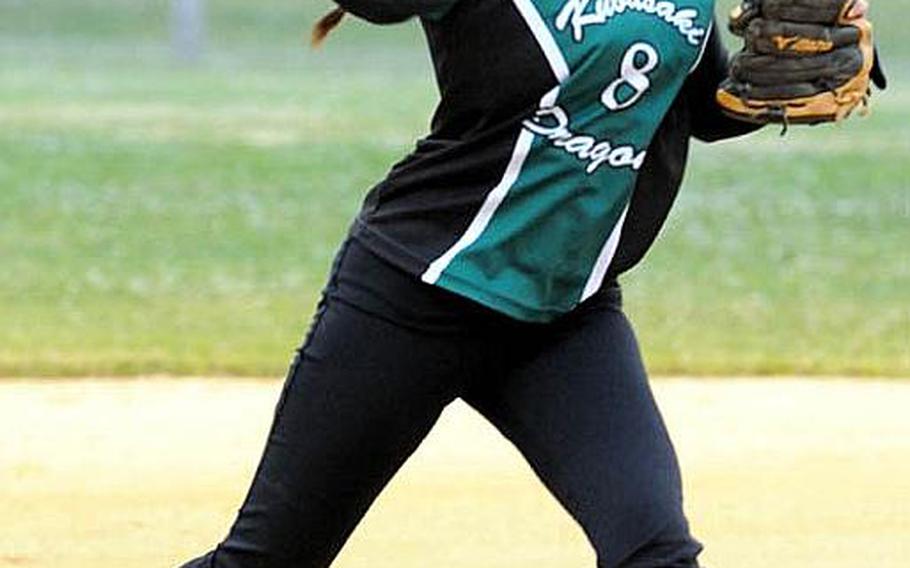 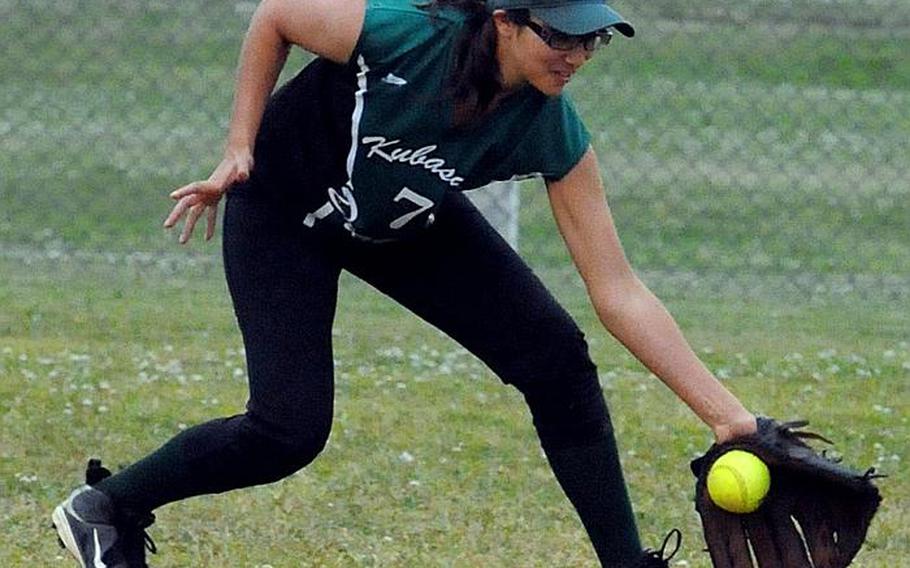 Alex Morvant will play outfield for a Kubasaki Dragons team that finished fifth in last year's Far East tournament, and third in 2010. (Dave Ornauer/Stars and Stripes)

Getting a long-sought victory over Seoul American couldn&rsquo;t have come at a better time for Osan American&rsquo;s girls softball team.

The May 12 victory was coach Rainetta Brown&rsquo;s first win over the Falcons in 18 tries dating back three seasons, and it came in the last DODDS Korea regular-season weekend, nine days before the start of the Far East tournament.

&ldquo;It was like winning the lottery,&rdquo; Brown said Wednesday, five days before Far East. &ldquo;The girls were ecstatic. They&rsquo;re in a better mindset now. It&rsquo;s like they&rsquo;re on Cloud 9 and they don&rsquo;t want to come down.&rdquo;

BobbyJean Hilliard and the Cougars get their chance to see if the momentum can continue starting Monday at Naval Air Facility Atsugi, Japan. For the first time, the tournament splits into Divisions I and II, large schools playing on MacArthur Field and small on King Field.

That also came as a big of good news to Brown. &ldquo;Thank goodness,&rdquo; she said of playing only small schools. &ldquo;We were always sad that we were playing large schools.&rdquo;

The biggest obstacles standing in the Cougars&rsquo; way most likely are Zama American, with its workhorse pitcher Silvia Dykstra, and DODDS Japan runner-up E.J. King, with its equally rubber-armed Nikka Stephens.

On the Division I side, reigning champion Seoul American returns to the Far East stage a much different team than last year&rsquo;s, with most of the Falcons&rsquo; experienced players departed and a new coach at the helm.

&ldquo;This is a whole new team,&rdquo; said Yun Hui Danforth, who played for Seoul American in the early 2000s and is now a teacher. &ldquo;I didn&rsquo;t want to make winning Far East a benchmark at the start of this season. If we go there and we do well, that&rsquo;s great.&rdquo;

While the Falcons were rebuilding, Nile C. Kinnick enjoyed one of its finest seasons in school history. Behind the play of shortstop Michayla Robinson, the Red Devils won the DODDS Japan tournament in March and finished with the league&rsquo;s best regular-season record.

Kadena beat Kubasaki six of 10 times they played this season, and eight of those games were decided by two runs or fewer.

With all that in mind, Davis said she and her players realize that their performances in the past two Far Easts (third and fifth place) and the district title &ldquo;mean nothing.&rdquo;

&ldquo;We enjoyed the moment on Saturday, we want to enjoy that feeling again, but you have to put that away and start from ground zero again,&rdquo; Davis said. &ldquo;You can&rsquo;t overlook anyone. You can&rsquo;t put the cart before the horse. It&rsquo;s a level playing field. Never look past any opponent, focus on each game and do your best in that game.&rdquo;

That the Okinawa season was so tight &ldquo;says a lot&rdquo; about the Dragons&rsquo; and Panthers&rsquo; chances at Far East, Kadena coach Kelli Wilson said.

&ldquo;We&rsquo;re both strong. We made each other better,&rdquo; she said. &ldquo;It&rsquo;s who comes to play and who&rsquo;s ready, mentally and physically.&rdquo;