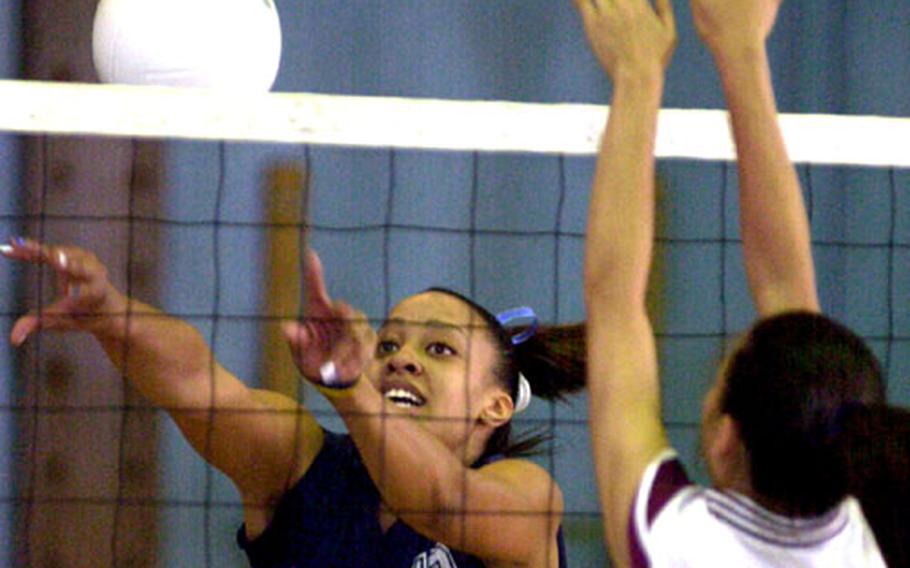 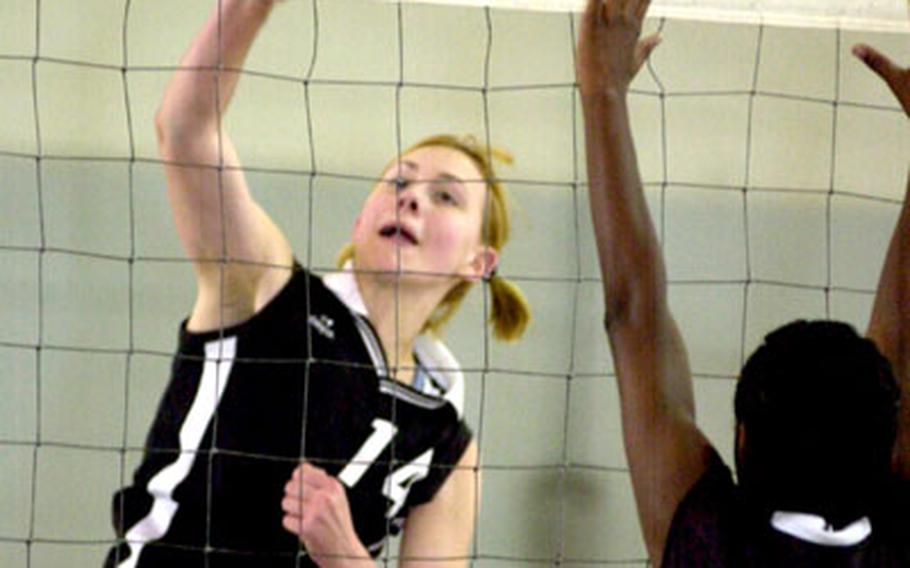 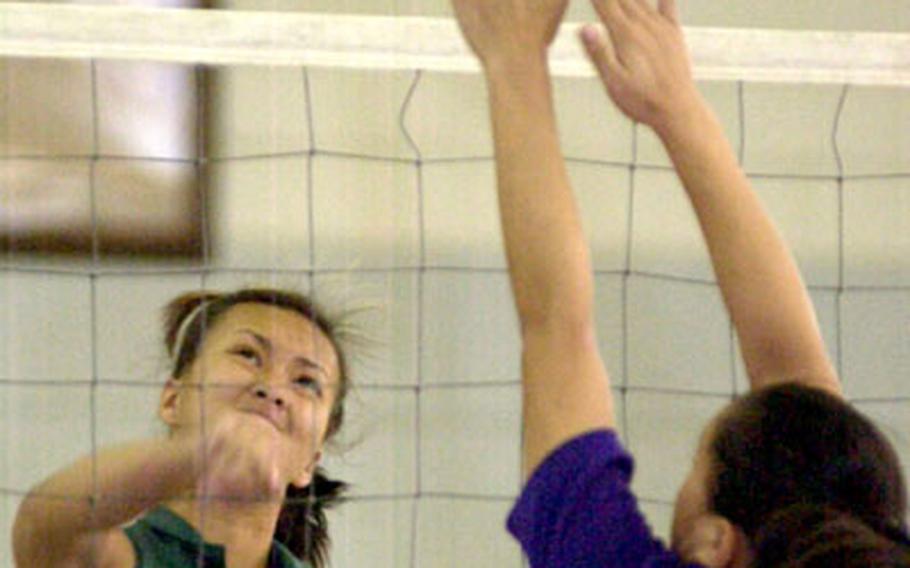 But according to coach Terry Chumley, the sophomore has made giant contributions for Kubasaki, helping the Dragons grab the No. 2 seed in the Far East High School Girls Class AA Volleyball Tournament single-elimination playoffs, which began Thursday.

The victory gave the Dragons a 2-1 mark in the gold pool in the divisional-play format used to determine playoff seedings. Christian Academy In Japan took the top seed, American School In Japan was seeded third and George Washington fourth.

Kubasaki became the highest-seeded Department of Defense Dependents Schools-Pacific school and the first to be positioned at the top of a bracket since Zama American of Japan won the tournament in 1997 &#8212; the last DODDS-Pacific team to capture the title.

The Dragons might have fallen to the third seed were it not for Tajalle&#8217;s play, Chumley said. The setter helped Kubasaki rally from an eight-point first-set deficit. Then, with the Dragons trailing 24-17 in the second set, Tajalle stepped to the service line and served out the final nine points of the match.

Kubasaki, which reached in the Final Four in 1983 and 2001 but has never won the title, has dropped just two of 12 sets so far.

Taegu braces for four-way Class A battleAlso securing a No. 2 seed was Korea&#8217;s Taegu American Warriors, who at 13-3 finished two sets behind round-robin leader Morrison Christian Academy of Taiwan as the Far East Class A Volleyball Tournament double-elimination playoffs loomed Thursday at Sasebo Naval Base, Japan.

The two teams found themselves bunched with defending runner-up Faith Academy of the Philippines and Tokyo&#8217;s International School of the Sacred Heart in what Taegu coach Jennifer Sharp said would be a tight four-way battle for the title.

Armed with spiking specialist Lynnette Grant and all-around performer Kadijah Parker, Sharp said she was &#8220;nervous but optimistic&#8221; heading into the playoffs, which end Friday.

At Sasebo Naval Base, Japan

(listed in order of tiebreakers)

Academy of Our Lady of Guam 2-1

Match 6-Academy of Our Lady of Guam vs. Nile C. Kinnick, Japan