Taegu’s Youngblood not just one of the boys 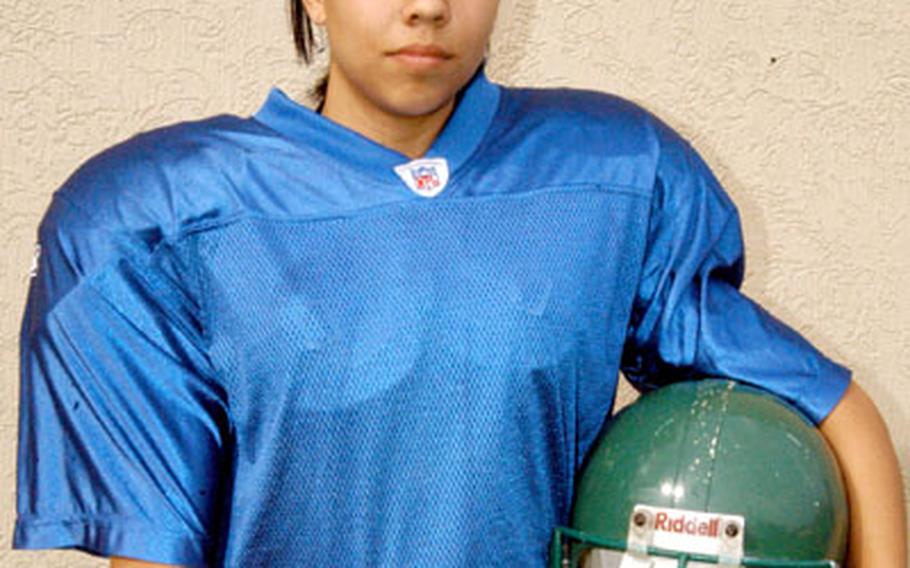 After some prodding from Taegu American coach George Speers, senior Joanne Youngblood decided to give place-kicking for the Warriors a try this season. (Galen Putnam / Special to S&S)

After some prodding from Taegu American coach George Speers, senior Joanne Youngblood decided to give place-kicking for the Warriors a try this season. (Galen Putnam / Special to S&S) 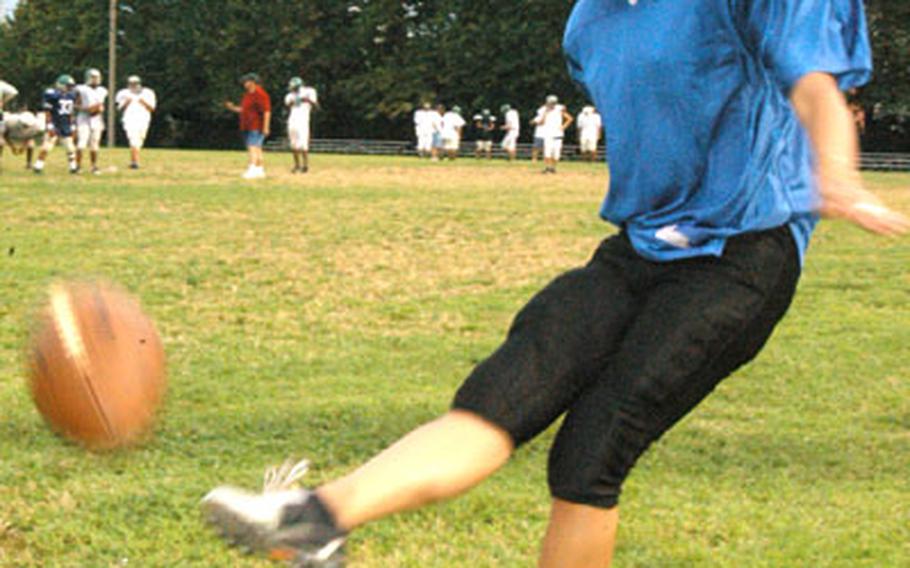 Taegu coach George Speers says of Youngblood, “In 35 years of coaching, she is as accurate a PAT kicker as I have had.” (Courtesy of Galen Putnam)

In the end, curiosity captivated the kicker. Senior Joanne Youngblood hadn&#8217;t planned to suit up for the Taegu American High School football team, but team members twisted her arm &#8212; verbally, of course.

&#8220;As far as I could see, we didn&#8217;t have anybody else in the school who could kick a football,&#8221; said second-year Taegu coach George Speers, who lined up a handful of potential kickers, including Youngblood, last spring to see who could send a ball high and deep enough to score an extra point.

Many girls have suited up for junior varsity teams but few have played for varsity squads.

&#8220;It seemed really interesting, the thought of wearing football pads and a helmet,&#8221; Youngblood explained.

The Jacksonville, N.C., native arrived in Daegu in summer 2004. She has played soccer for eight years, and last spring she led the Warriors with 12 goals.

She also displays a fierce competitiveness.

&#8220;Football will be a good fit&#8221; for Youngblood, said Carroll, who is running cross country for Pepperdine University in California.

Youngblood&#8217;s attitude has helped her win over her teammates, they say.

Said Speer, whose Warriors haven&#8217;t won a game since the 2002 season: &#8220;Most of the kids here, they want to win. Most of the team likes having a legitimate scoring threat.

Youngblood will get her first game experience when the Warriors host Osan American at 2 p.m. Oct. 1 at Camp Walker&#8217;s Kelly Field.

Speer plans to use her only on placement kicks, not kickoffs, where chances of her getting hurt would increase.