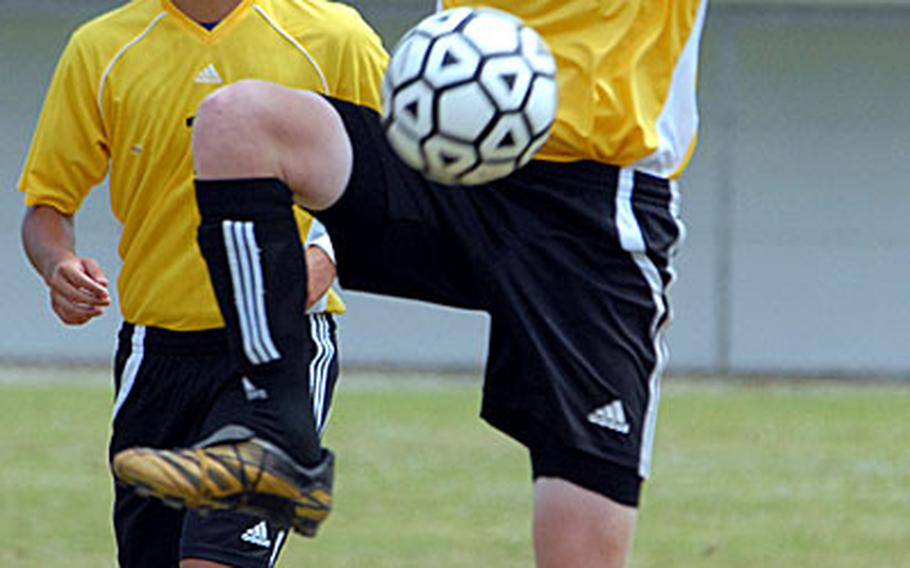 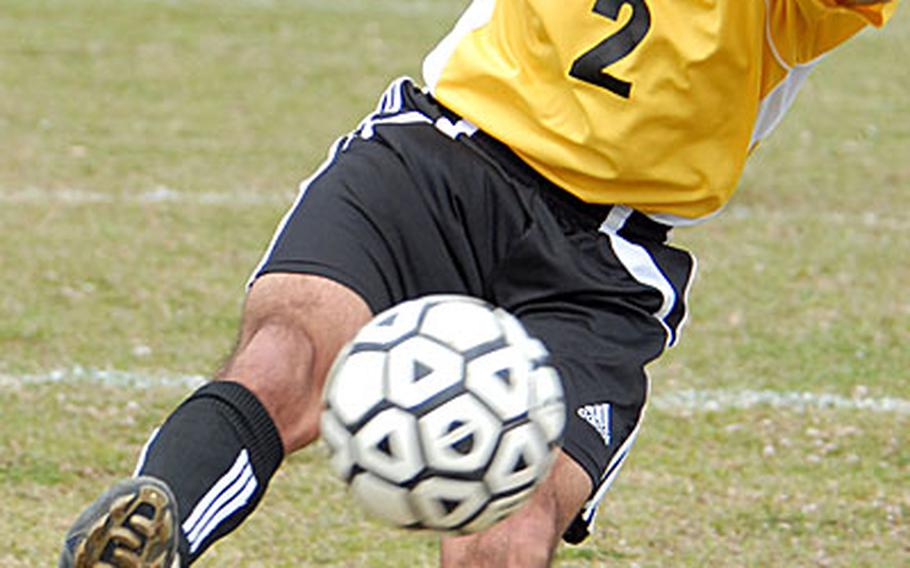 South Korea&#8217;s soccer season is entering its final week, but play was only beginning on Saturday in the DODDS baseball and softball seasons at Yongsan Garrison&#8217;s Lombardo Field FourPlex.

Defending baseball champion Osan American picked up where it left off last season by winning its first two games, 8-3 over Seoul American and 6-5 over Taegu American.

Taegu American, which won its first girls softball title last year, lost 10-3 to Osan American after being no-hit by Seoul American&#8217;s Christine Spann in a 13-1 loss.

It was the first regular-season action in a DODDS-Korea softball and baseball circuit that had to wait nearly two months after the end of basketball and wrestling seasons.

Bad weather and field availability contributed to the late start, DODDS officials said. March can behave as an extension of winter; indeed, Osan American had three home soccer dates wiped out because of chilly, wet weather.

The fields used by the schools&#8217; baseball and softball programs belong to their host bases, not the schools, and GI fitness programs take priority over high schools.

Seoul, Osan and Taegu&#8217;s teams spent much of the past seven weeks practicing when they could &#8212; Camp Walker&#8217;s Kelly Field in Daegu was shut down for three weeks for maintenance, forcing even the Warriors&#8217; soccer teams to play road matches &#8212; and counting the days until the openers.

How were coaches able to keep players motivated, focused and excited about playing when the wait was so long?

Harden cited preparing younger players for performing in front of a crowd, friends, parents and others who shout things that may distract them, and getting them used to umpires&#8217; differing strike zones. As for more experienced players, Harden said he worked to keep them from becoming too antsy and frustrated, or get down on the youngsters and themselves.

Mitchell&#8217;s Cougars tried to do the same things, but found weather to be an issue. He&#8217;d wanted a full-fledged preseason, including tuneup games against Korean schools, but heavy rain on March 24 and 31 scuttled those plans.

He described no major issues in keeping his charges on task.

Because of the Kelly Field shutdown, Taegu&#8217;s baseball and softball teams were limited to only six practices before the openers, and the scores, McDaniel and players agreed, were a reflection of that lack of work.

Kinnick girls get back on winning track

After going 1-2-1 in their first four games, defending Japan Soccer League and Kanto Plain Association of Secondary Schools girls champion Nile C. Kinnick has righted the ship, winning its past seven matches, the last two by shutout over Robert D. Edgren at Misawa Air Base.