Taegu braces for July 4 Rumble on the ROK 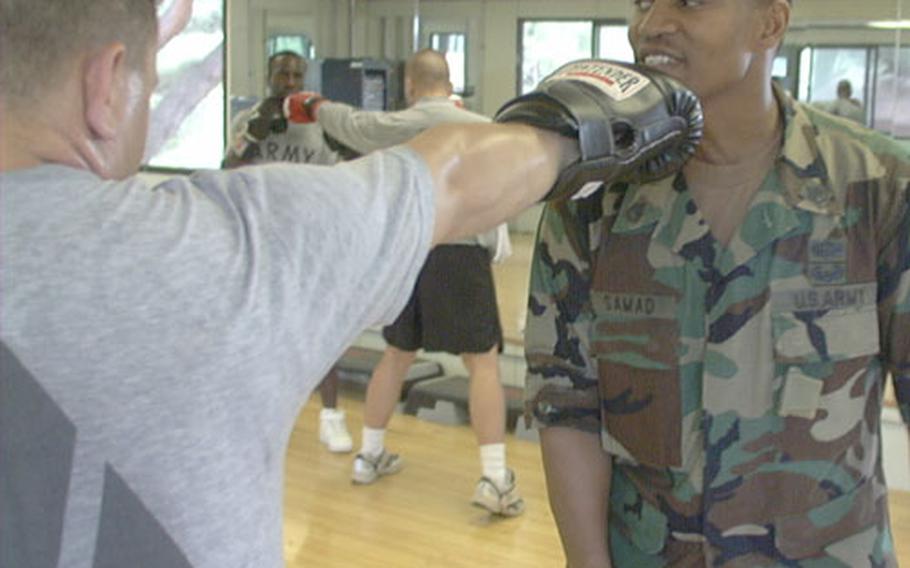 TAEGU, South Korea &#8212; With fighters coming from all over the peninsula, the Army in lower South Korea is set for its July 4th holiday boxing card Friday night on Camp Walker in Taegu.

They&#8217;re calling it the Rumble on the ROK &#8212; for Republic of Korea. It&#8217;s the second Taegu boxing event since the Army kicked off its Area IV boxing program March 8. That event drew a large, eager crowd despite minimal pre-fight publicity.

Twenty boxers from Army units in Taegu, Camp Carroll in Waegwan, and the 2nd Infantry Division are on the fight card, said Melvin Gaither, the Army&#8217;s community recreation director at Camp Henry in Taegu.

In Taegu, coach Miguel Marquez has seen a change in his fighters as the fight has drawn nearer.

The participants and number of bouts won&#8217;t be officially set until Friday afternoon following the weigh-in and medical screening &#8212; which starts 10 a.m. at Kelly gym, Gaither said.

Each bout is to be three two-minute rounds.

Fight organizers will move the bouts inside Kelly gym in case of rain, Gaither said.

Rumble on the ROK officials