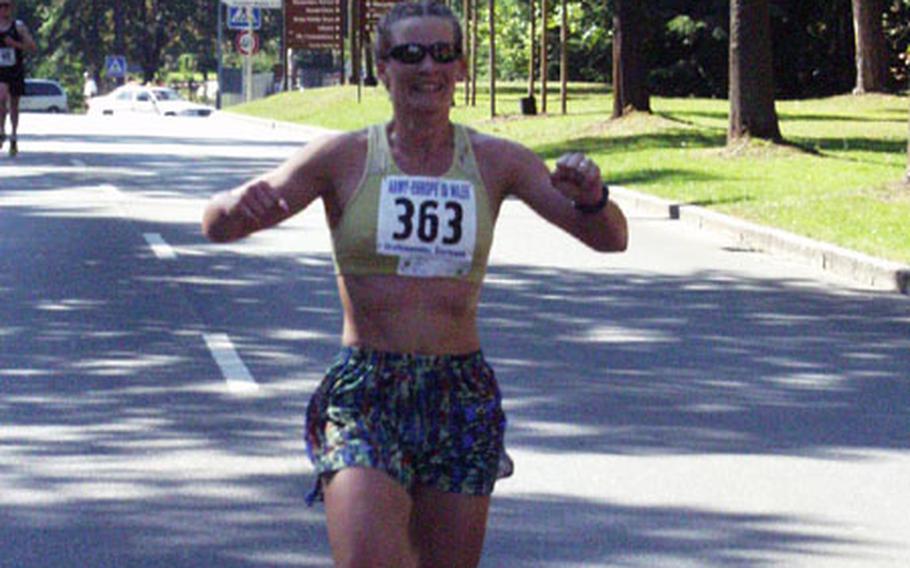 Despite her fast time under bright skies Saturday, Jacobs said she wasn&#8217;t worried that running the 10-miler so close to the triathlon will sap her strength.

Swords started quickly, too. Too quickly, as it turned out.

He&#8217;ll be running another 10-miler on Oct. 5, when the USAREUR teams composed of the eight fastest active-duty runners of each sex here take to the streets of Washington

It also features more incentives to run faster, he added.

Everyone will be chasing defending champions Chen, Jacobs and Co., but that&#8217;s fine with the USAREUR women.

Judging from Saturday&#8217;s times, the USAREUR women&#8217;s best could be even better this year.