Stuttgart to try for a three-peat on the mats 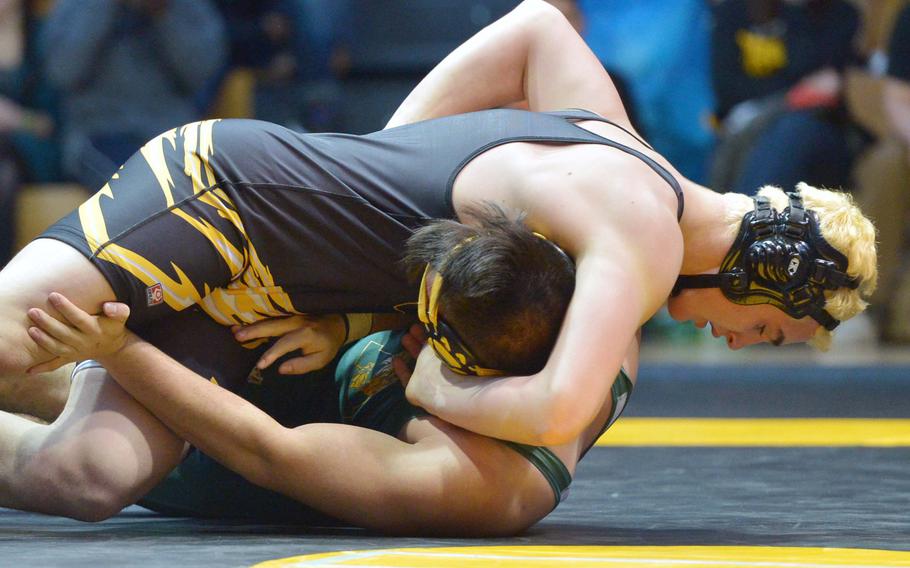 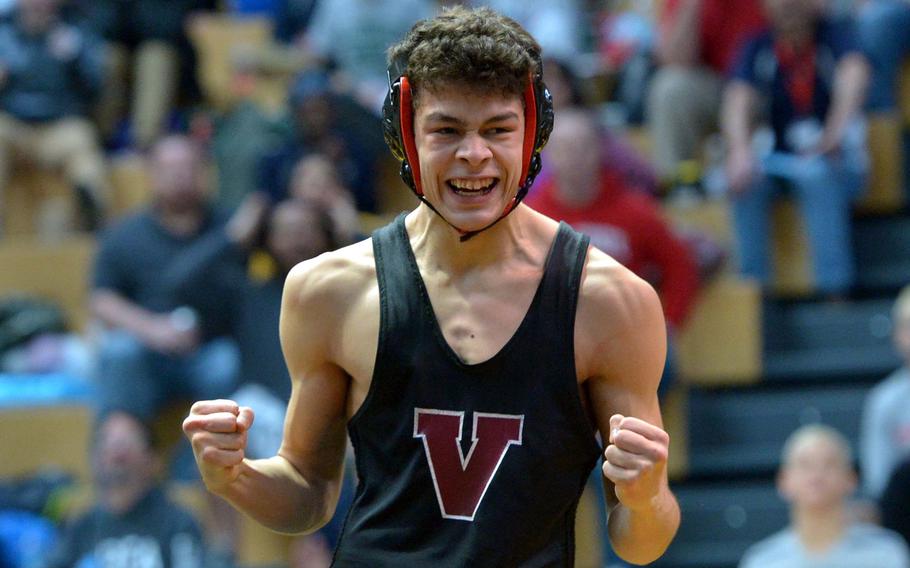 The Stuttgart Panthers took over DODDS-Europe Division I athletics in the fall, claiming the school’s first-ever championships on both the gridiron and the volleyball courts.

But the marksmanship ranges and wrestling mats of winter have already been claimed by the Panthers.

While a new group of shooters look to extend the school’s two-year rifle title reign, Panther wrestling coach Norm Matzke will chase a third straight championship of his own with the luxury of a familiar and proven cast of grapplers.

The program known until this year as Patch enters the 2015-16 DODDS-Europe wrestling season on a high note even by its own lofty standards. Stuttgart returns three European champions, five European placers and 10 European qualifiers among the 23 athletes back from last year’s runaway Division I team champion.

Reigning Stars and Stripes wrestling Athlete of the Year Eli Spencer, fresh off a triumphant fall with the school’s football team, is back to defend his title at 195 pounds. Robert Call returns at 145 pounds after winning European titles at 132 pounds in 2014 and 138 pounds in 2015. Christopher Matzke, now wrestling at 138 pounds, is also in line for a third straight crown after winning at 113 and 120 pounds, respectively, over the last two seasons.

The three seniors and co-captains give the Panthers a nice head start on another team title. But while acknowledging that wrestling is an “individual sport,” Norm Matzke said the team’s focus is on developing contenders up and down the roster.

“We cannot meet or exceed or capabilities alone,” the coach said. “If we work together as a team we will be a tougher and better.”

That’s a scary prospect for a DODDS-Europe field hoping to chip away at the Panthers’ ongoing dynasty.

Ramstein is the last team outside of Stuttgart to win a DIvision I team title, having ended the Panthers’ previous reign with a 2013 breakthrough. But the Royals have since faded, finishing third in each of the last two tournaments and failing to produce an individual champion last season.

Coach Thomas Wright said the Royals are entering another “rebuilding year,” adding that the 2015 Ramstein squad is a “hard-working young team with potential.” Juniors David Kingery (113), Stan Cruz (126) and Erik Gerena (285) and senior 160-pounder Cristian Rivera-Nales give the Royals a chance to snap their individual title drought.

Lakenheath enters the season hoping to build on last year’s impressive runner-up showing, though coach John Mitchell is fielding a “very young team” among a handful of proven grapplers. Junior Brandon Lovett leaps up to 120 pounds after winning last year’s 106-pound title, while heavyweight Colten Menges eyes the title that eluded him at 220 a year ago.

The large-school ranks promise to produce challenges for the Panthers beyond top finishers Lakenheath and Ramstein.

In the lower divisions, reigning team champions Hohenfels and Alconbury will field experienced teams anxious to defend their titles.

In Division II, Hohenfels’ Connor Gibson makes another run at 220 pounds after finishing third at that weight last year. The Tigers’ 10-man group will be challenged by a Bitburg squad of six and a 15-deep Rota team.

In Division III, Alconbury brothers Chris Dufresne and Nick Dufresne return as seniors after top-three showings at the European tournament a year ago. Erik Majorwitz again assumes control of a Baumholder program he once led to a European championship; the Bucs have a hefty group of 14 wrestlers across at least 10 weight classes that could record big points at the small-school level.