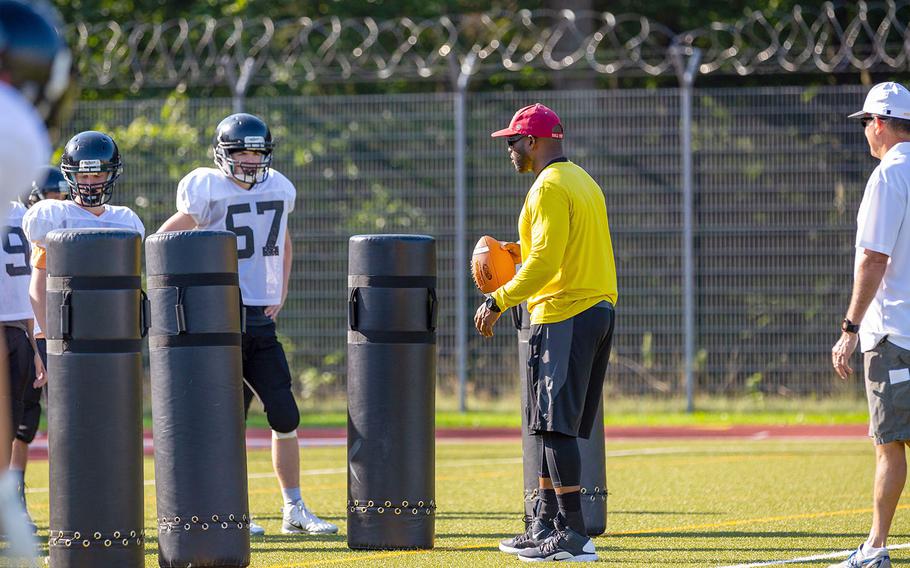 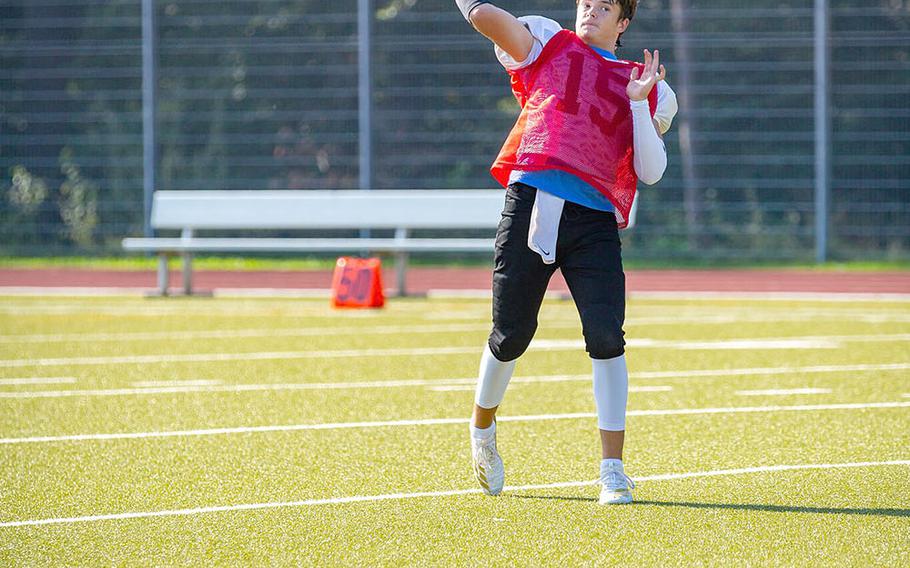 Stuttgart quarterback Alec Kenfield makes a throw in a preseason practice session at Stuttgart, Germany. The All-Europe quarterback is the centerpiece of the Panthers' pass-oriented offense. (Courtesy of Stuttgart Panthers)

It’s rare for a DODEA-Europe football team to base its offense around the passing game. But the Stuttgart Panthers field a rare football program.

And so the Panthers will put the ball in the air with regularity this fall in pursuit of a lofty goal: a third European championship in a five-season span.

Stuttgart coach Bill Ratcliff said the Panthers have the personnel to make a pass-first game work. As such, he plans to “throw every opportunity we can.”

And he’ll have plenty of options from which to choose. Ratcliff pointed out the Panthers’ “strong receiving group,” a fleet headlined by senior Nelson Hernandez.

The passing game, of course, heightens the risk of something going wrong, especially as Ratcliff hopes the Panthers are able to “minimize turnovers” this season.

But as the Panthers know, the reward can be well worth the risk. Stuttgart has enjoyed one of the most eventful and memorable runs of any DODEA-Europe football program in recent memory, full of highs and lows and remarkable moments along the way.

In 2015, the Panthers clawed into the division’s final postseason spot, shocked the favored Ramstein Royals in an impossibly dramatic European semifinal game and edged Wiesbaden 10-7 for a stunning breakthrough title. The Panthers won again in 2017 with an overwhelming undefeated season that was the thematic opposite of the 2015 underdog title. The Panthers didn’t win a playoff game in the intervening years, missing the 2016 postseason and losing their only playoff game in 2018.

With that historic pattern, considerable talent on the field and a bold, uncompromising offense, 2019 could prove to be another fascinating entry in the annals of Panther football.