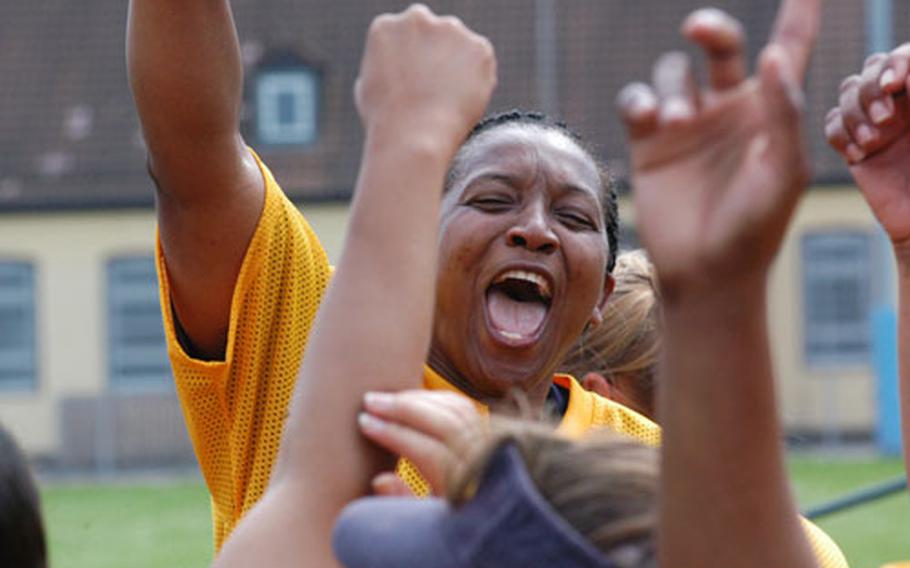 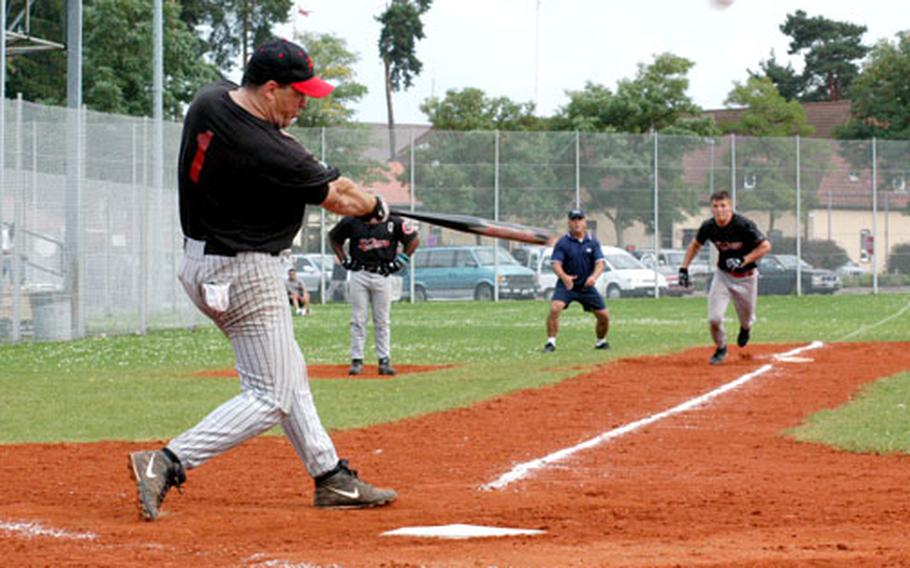 In the women&#8217;s championship, the Lady Generals relentlessly hammered the SHAPE Lady Outlaws in a 25-6 rout. The Stuttgart men needed an extra inning to edge past the Kaiserslautern Panthers 15-13 for their second straight Army title.

The two games were a wrap-up of the four-day championship series that started Thursday with round-robin play, before a short, single-elimination tournament whittled the field down to Sunday&#8217;s finalists.

The day&#8217;s early game appeared to be an even matchup after a first inning in which Heidelberg held a 4-3 advantage.

But the Lady Generals quickly took control of the game in the second, batting through the order and notching six more runs with the aid of several bobbled balls and fielding errors by the Lady Outlaws.

Heidelberg coach Darryl Leonard said that even though his team put nearly 120 runs on the board in seven games during the tournament, defense was the real secret to its success.

In the men&#8217;s final, Kaiserslautern and Stuttgart parried back and forth in a seesaw tussle over the trophy as the two squads switched leads several times in the final innings.

The day began badly for the fifth-seeded Stallions, who only managed a single base runner on an error in the first, and then had to scramble to recover as the top of the Panthers&#8217; order erupted in a succession of doubles and triples, capped by coach Quinten Floyd&#8217;s first home-run of the day.

The jump gave Kaiserslautern a 3-0 lead, matched quickly by the Stallions in the second, before another of K-Town&#8217;s big guns, Eugene Roberts, landed one on the roof of a building 30 feet beyond the center-field fence to put his team up 5-3.

Kaiserslautern built a 7-4 lead over the next few innings as Floyd hit the second of his three homers on the day put his team up by three runs.

But a barrage from the Stallions in the sixth launched Stuttgart into its first lead of the day, and the squads started the seventh inning deadlocked at eight.

A string of two-out base hits gave the Stallions a two-run edge, but Vincent Williams quickly tied the score with the Panthers&#8217; fifth homer of the day.

Tied at 10, the game was delayed when an umpire hurt his leg and a replacement had to be called in. After the 10-minute break, the Stallions erupted for five runs by lining shots through the infield gaps.