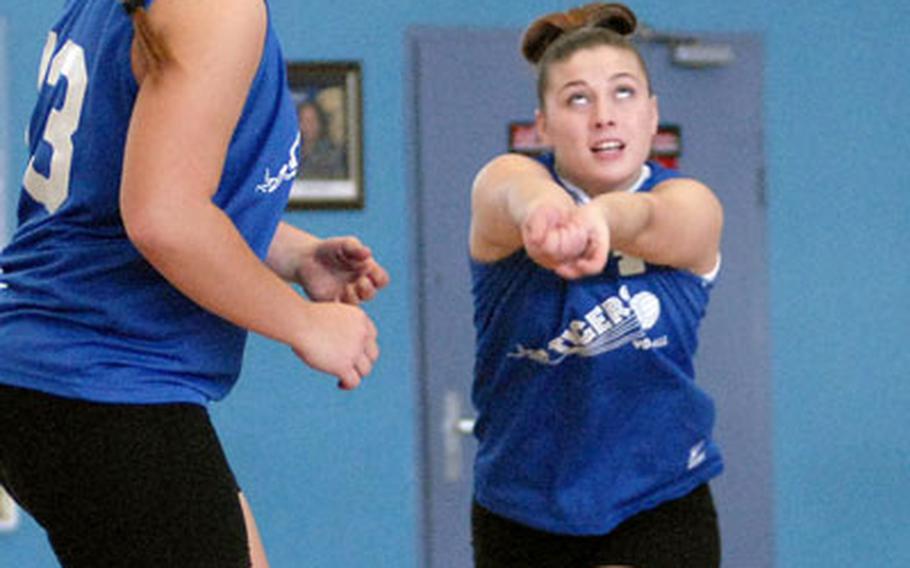 Hohenfels&#39; Brittany Wright keeps her eye on the ball as she hits a return against Sigonella. (Ben Bloker / S&S)

Hohenfels&#39; Brittany Wright keeps her eye on the ball as she hits a return against Sigonella. (Ben Bloker / S&S) 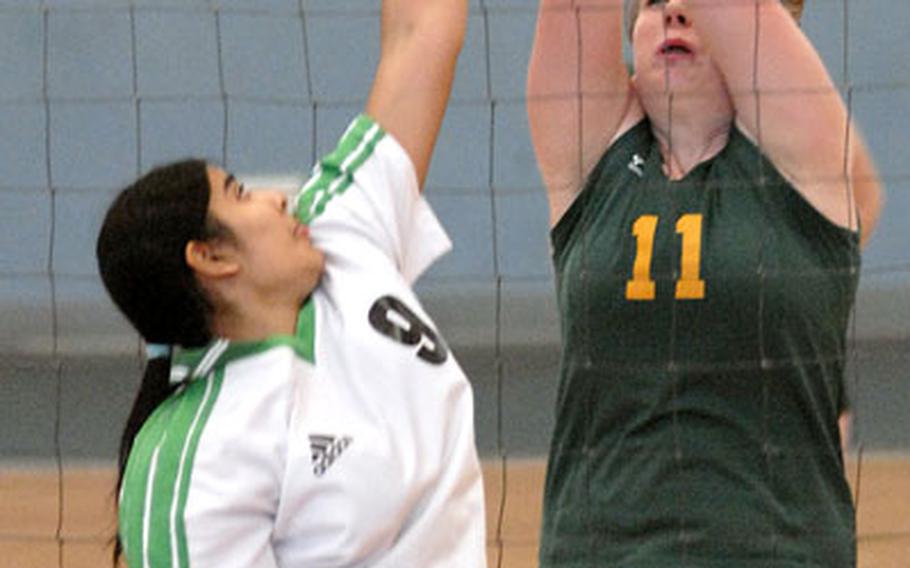 Alconbury&#39;s Caiti Stewart blocks a shot by Daisy Jain from Ankara during the first day of the Division IV volleyball championship tournament at Vogelweh on Thursday. Alconbury won the match. (Ben Bloker / S&S) 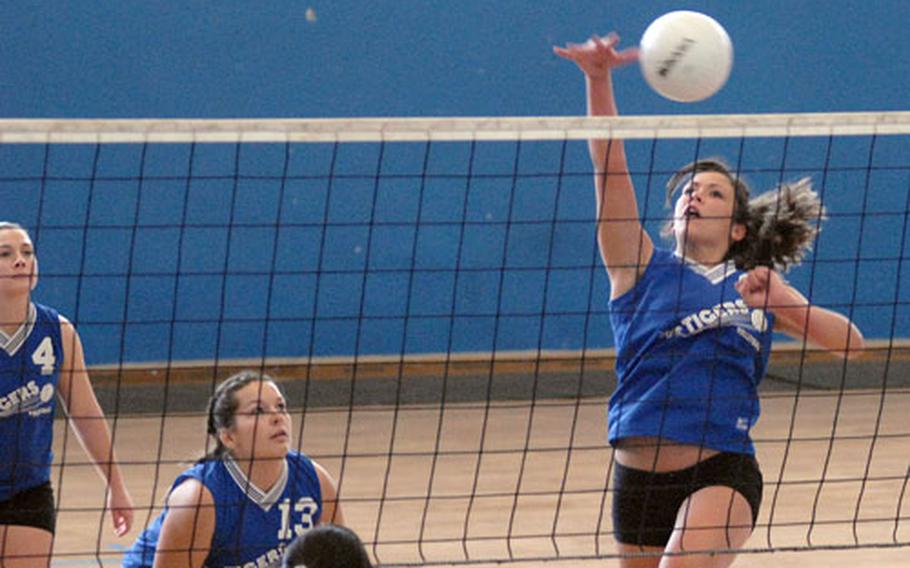 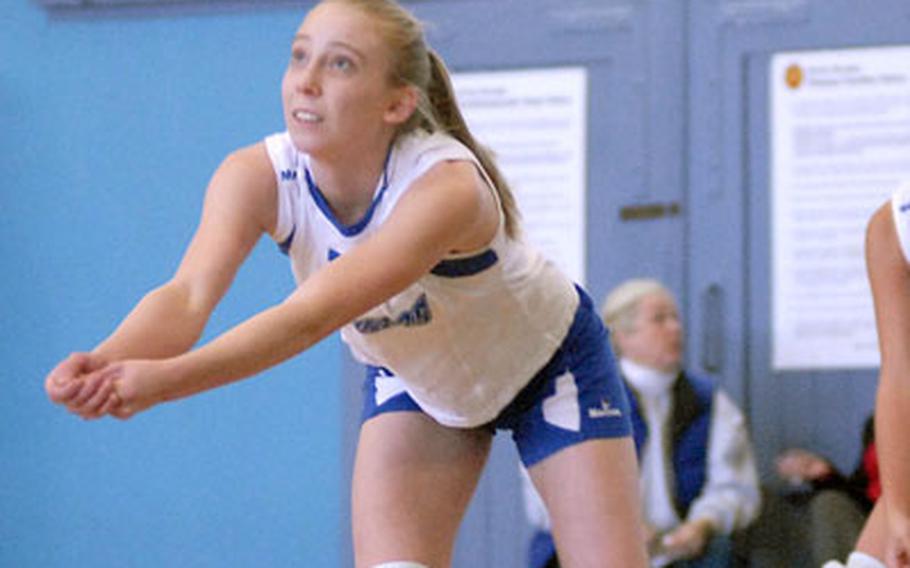 KAISERSLAUTERN, Germany &#8212; One thing that doesn&#8217;t come with a No. 1 seed is an automatic cakewalk to the title game.

Aviano, winner of 34 straight matches and the top seed in Division II entering the three-day European high school volleyball tournament, saw that streak end in its very first outing Thursday, a 24-26, 25-11, 21-25 upset at the hands of Black Forest Academy.

Lewis said the victory buoyed his team, which had dropped its opener to fourth-seeded Bitburg 25-23, 25-18.

For Aviano, the loss was its first since the 2004 D-II tournament. The Saints, however, remain alive to defend their crown and rebounded for a 25-5, 25-20 victory over 10th-seed Mannheim later in the day.

Ramstein also stumbled on the first day, losing a game to Heidelberg but rallying to win the match.