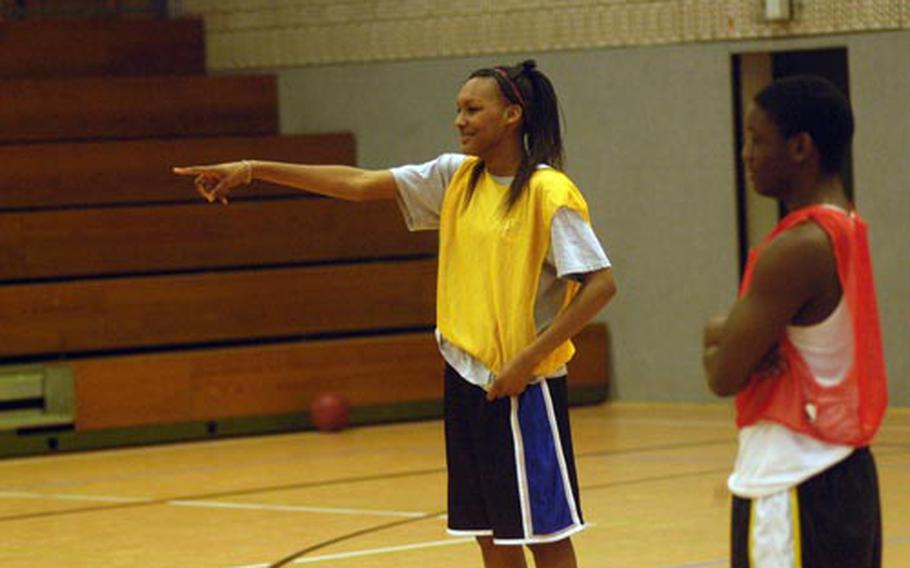 STUTTGART, Germany - What a difference a year makes.

Heading into last season&#8217;s European D-III basketball tournament, Adrianna Archie, a 5-foot-11 dominator of the backboards, was toiling for the lame-duck, drawdown-depleted W&#252;rzburg Lady Wolves, a team that went 2-12 and won no regional games in 10 tries. Going into the 2009 Europeans, Archie, now a 17-year-old senior, is playing for the Patch Lady Panthers, who entered the D-I tournament with a 12-2 record and the Region III championship.

That kind of turnaround makes her stay in W&#252;rzburg little more than a painful memory, right?

Not quite. Although Archie, a medalist in four European track finals last May and the co-champion in the high jump, enjoys life in Patch&#8217;s fast lane, she acknowledges nostalgia for her days in Franconia.

"I miss W&#252;rzburg," Archie said by telephone last week. "I miss the closeness with everybody."

That&#8217;s understandable. One can&#8217;t help but be close in a school that was shedding students weekly as one unit after another moved out or deactivated. It&#8217;s a lot like being on a crumbling raft that keeps getting lower in the water with the occupants hanging onto one another for their safety.

Moreover, Archie&#8217;s roots at W&#252;rzburg ran deep. In the glory days before transformation turned the once-bustling headquarters of the 1st Infantry Division into a ghost town, her father, Allen, coached the Wolves to Division I boys titles in 2005 and 2006. Archie&#8217;s mother, Juanita, also coached W&#252;rzburg athletes season after season.

Having coaches for parents almost always pays off in athletic progress, and Archie&#8217;s no exception.

"It really helped that my dad is a coach," said Archie, who averaged 13 rebounds and three steals during the regular season. "He was always there to help me, and he made sure I stayed active and played other sports."

In addition, Allen Archie the coach naturally convinced his daughter that the hard labor that goes into controlling the backboard always pays big dividends.

Her former coach at W&#252;rzburg, John Sullivan, amplified on Archie&#8217;s see-the-ball, get-the-ball technique. He sees her success as a combination of desire and physical skills.

"She blocks out well and has the ability to see where the ball&#8217;s going to go," Sullivan said by telephone Tuesday. "She always has good position and has very long arms. She can reach over players to get the ball without fouling them."

It doesn&#8217;t hurt to be a Europeans-class sprinter, hurdler and high jumper.

"She&#8217;s quick," Sullivan said. "I used her in the back of a one-three-one and she stole balls back there like crazy."

Despite her fond memories of W&#252;rzburg, Archie said she enjoys the success her Lady Panthers have had.

For Archie, the high school years have dwindled to one. But it&#8217;s likely there&#8217;s more basketball in her future.

"I hope to play in college," she said. "The coaches at Florida A&M have asked me to send them a highlight video."

When the Rattler coaches look at that video, they&#8217;ll see a skilled, schooled, hard-working player whose delight in what she&#8217;s doing will illuminate every frame.

"The thing about Adrianna," Sullivan said, "is that she just loves the game of basketball."